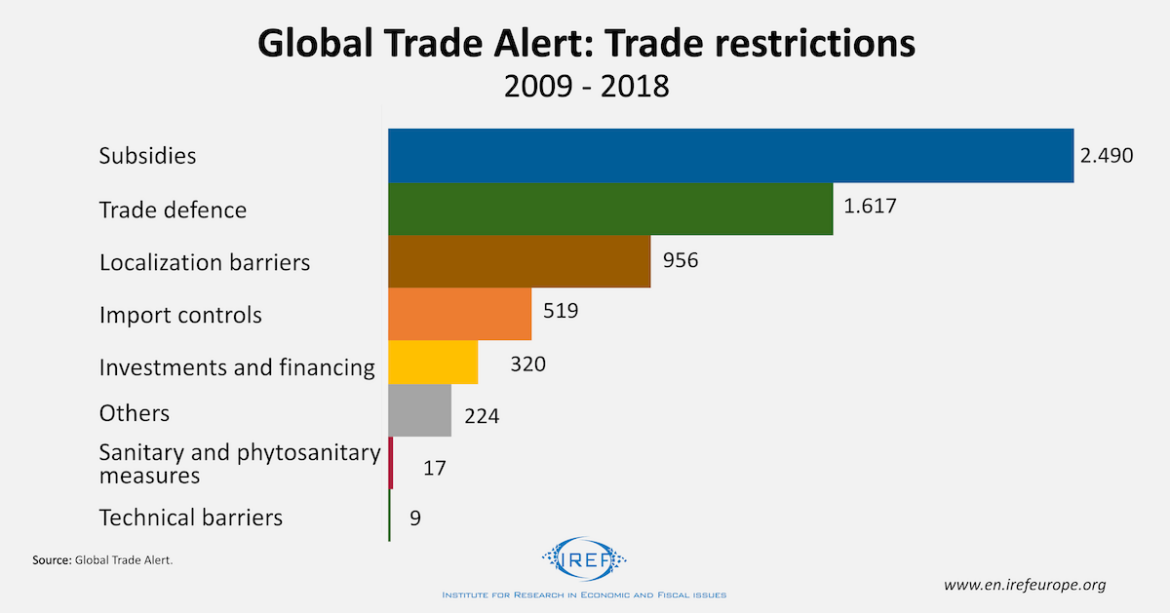 The latest tariff debate between the United States and China, and between the US and the European Union, could give the impression that tariffs are the only impediment to global trade. Yet, trade flows are also burdened by other, far less transparent, measures: non-tariff barriers. Indeed, the biggest challenge to further liberalisation of global trade lies in dismantling these non-tariff barriers to trade.

Despite Trump: Tariffs in Retreat

The average tariff level around the globe has decreased substantially since the end of the Second World War. Thanks to the General Agreement on Tariffs and Trade (GATT), established in 1947 to build a global trade order, and through its successor, the World Trade Organisation, established in 1994 with a far more robust liberalisation agenda, the world is much more interconnected and trade flows are considerably freer. Combined with other multilateral and regional agreements, global average tariff has fallen to five percent from its Depression-era peak.

Despite this smoothing of trade, non-tariff barriers play a major role in restricting trade and slowing of economic growth. There are a variety of these non-tariff barriers, some are more apparent, such as quotas, bans, licenses, customs procedures and administrative charges. But further measures act “behind the border”, masquerading as purely domestic regulation. Where a domestic policy is targeted at an auxiliary issue, but has an outsized impact on foreign suppliers, such health, technological, product, labour, and environmental standards, as well as taxes, fees, and domestic subsidies, it nonetheless serves as a non-tariff barrier.

Measures “behind the border” are more opaque mode than tariffs. In fact, governments justify protectionist measures by underscoring other, better-sounding goals. Despite the difficulties to identify non-tariff trade barriers, useful information is available. The WTO provides data for de jure non-tariff trade barriers, while the Global Trade Alert initiative at the University of St. Gallen provides data about de facto tariff and non-tariff barriers.

All members are obliged to announce any new potential restriction to the World Trade Organisation. The WTO figures show that since 2000, the annual number of non-tariff trade restrictions has risen significantly – from 750 (in year 2000) to 1480 (in 2017).

Almost 80 percent of all newly introduced non-tariff measures belong to the areas of hygiene requirements and health protection. In particular, these measures target agricultural products such as raw food. Restrictions that imply discriminating technical requirements, norms, and conformity assessment procedures made up 17 percent of all measures in 2017.

Of course, the annual number of newly announced measures only gives a vague indication of the development of non-tariff barriers. On the one hand, only the number of restrictions is recorded. The consequences are ignored. On the other hand, reporting practices vary from country to country. Nonetheless, the overall message is clear: non-tariff trade policies with potentially trade hampering effects have intensified during the past 17 years.

Since 2008, the Global Trade Alert initiative of the University St. Gallen has measured the impact of all official government announcements that have impacts on trade. 55 countries are monitored, and 44 different categories of protectionist measures are taken into account.

A trade barrier has to fulfil four criteria before it is included in the database. First, foreign suppliers must suffer from discrimination relative to domestic competitors. Second, the consequences on trade must be substantial. Thus, financial aid in the form of subsidies, loans or bailouts are only included if they amount to at least ten million US dollars. The same criterion applies to bureaucratic burdens. Third, restrictions have to be actually implemented or decided upon by the policy makers. Four, policy must be focus on commercial interests. Measures designed to ensure national security or public health are excluded. Finally, a given formula computes the expected actual effects of each measure.

This data covers a much broader field of policies and measures than those offered by the WTO. Furthermore, the data do not depend on the reporting reliability of the governments.

The upshot is that both data sets highlight the decline in tariffs and the increase of non-tariff barriers to trade over the past few years, and to the relevance of the latter for international trade flows. This means that abandoning the relics of the protectionism of the old world, namely tariffs, won’t be enough. Non-tariff measures must also be cut significantly, lest international trade stalls. 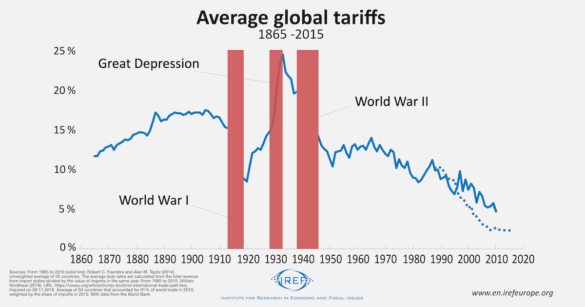 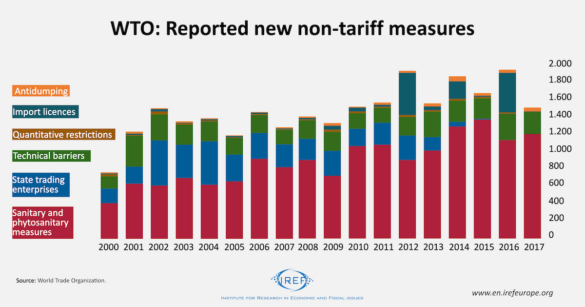 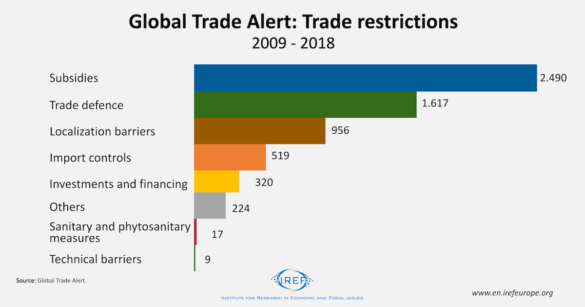 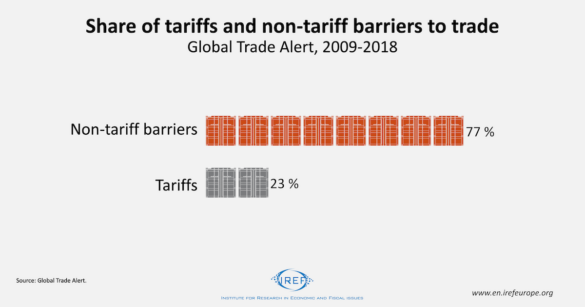