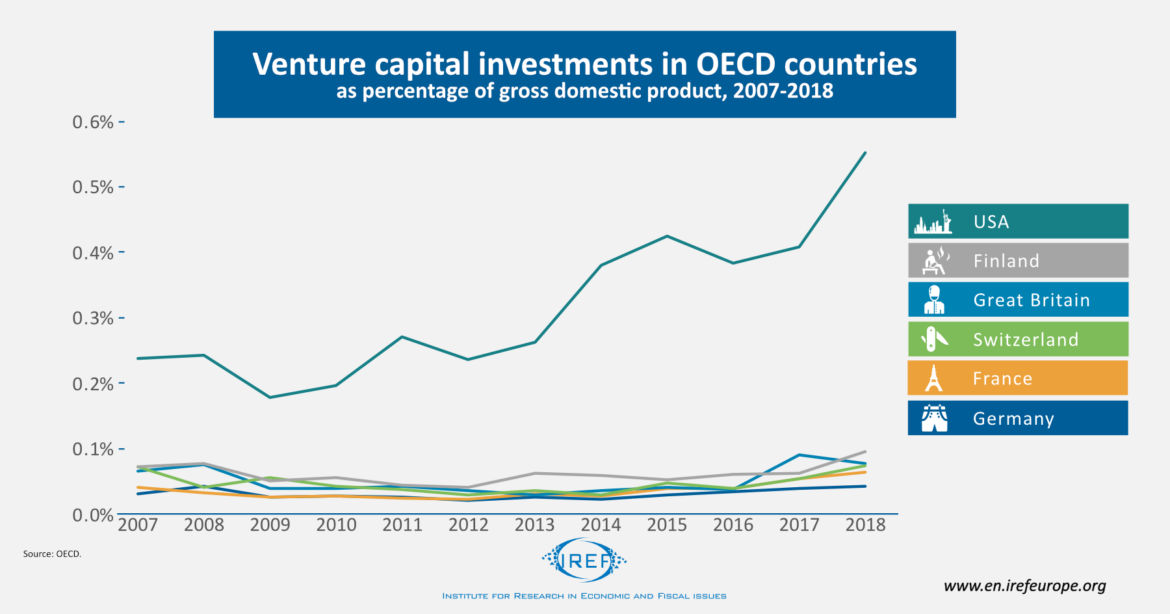 OECD: Germany in the middle 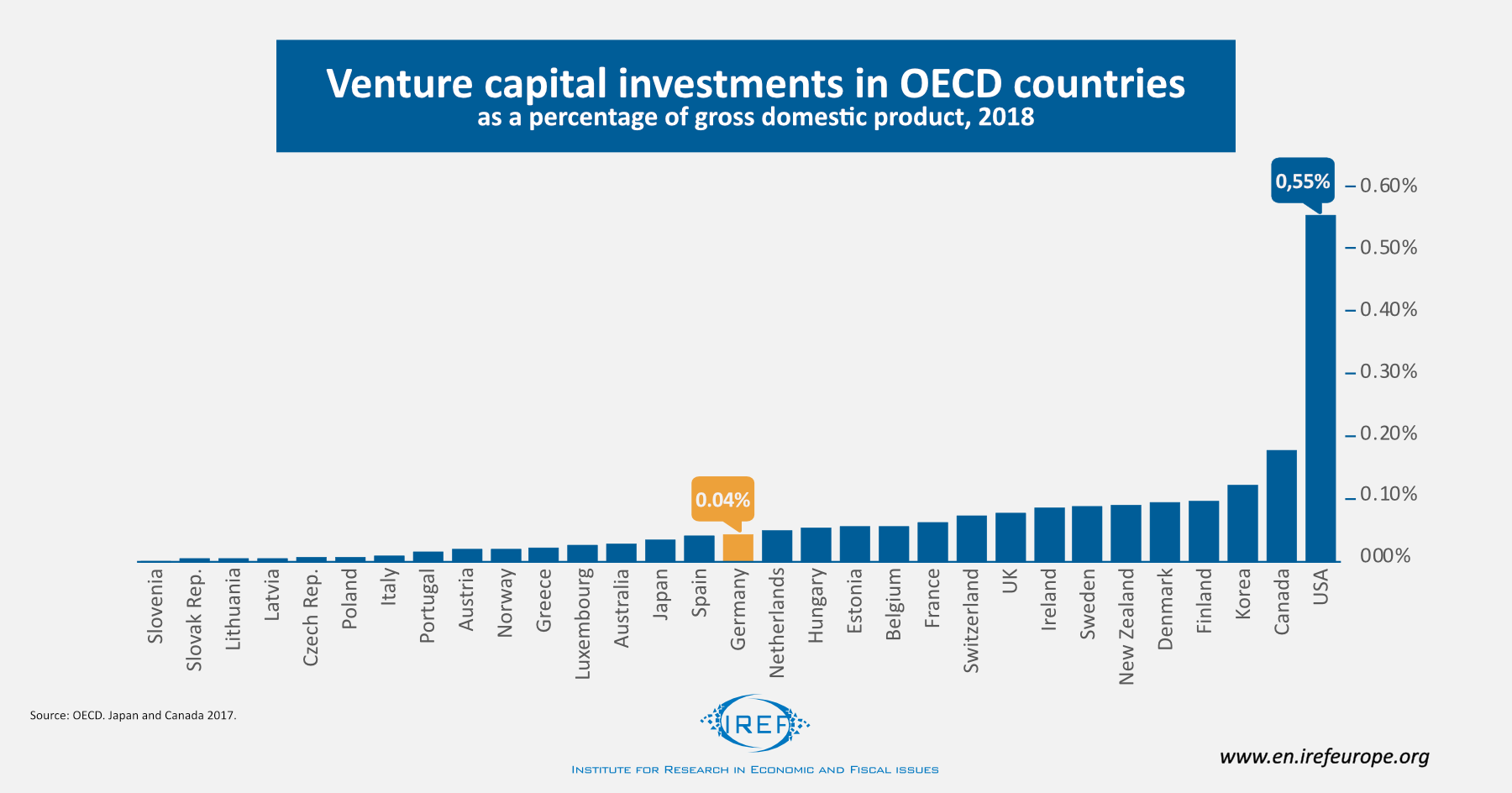 The US also outperforms other countries in the long run. Venture capital investments (in terms of GDP) more than doubled during the past tem years. There has been no significant increase since 2007 in Germany and other selected countries. 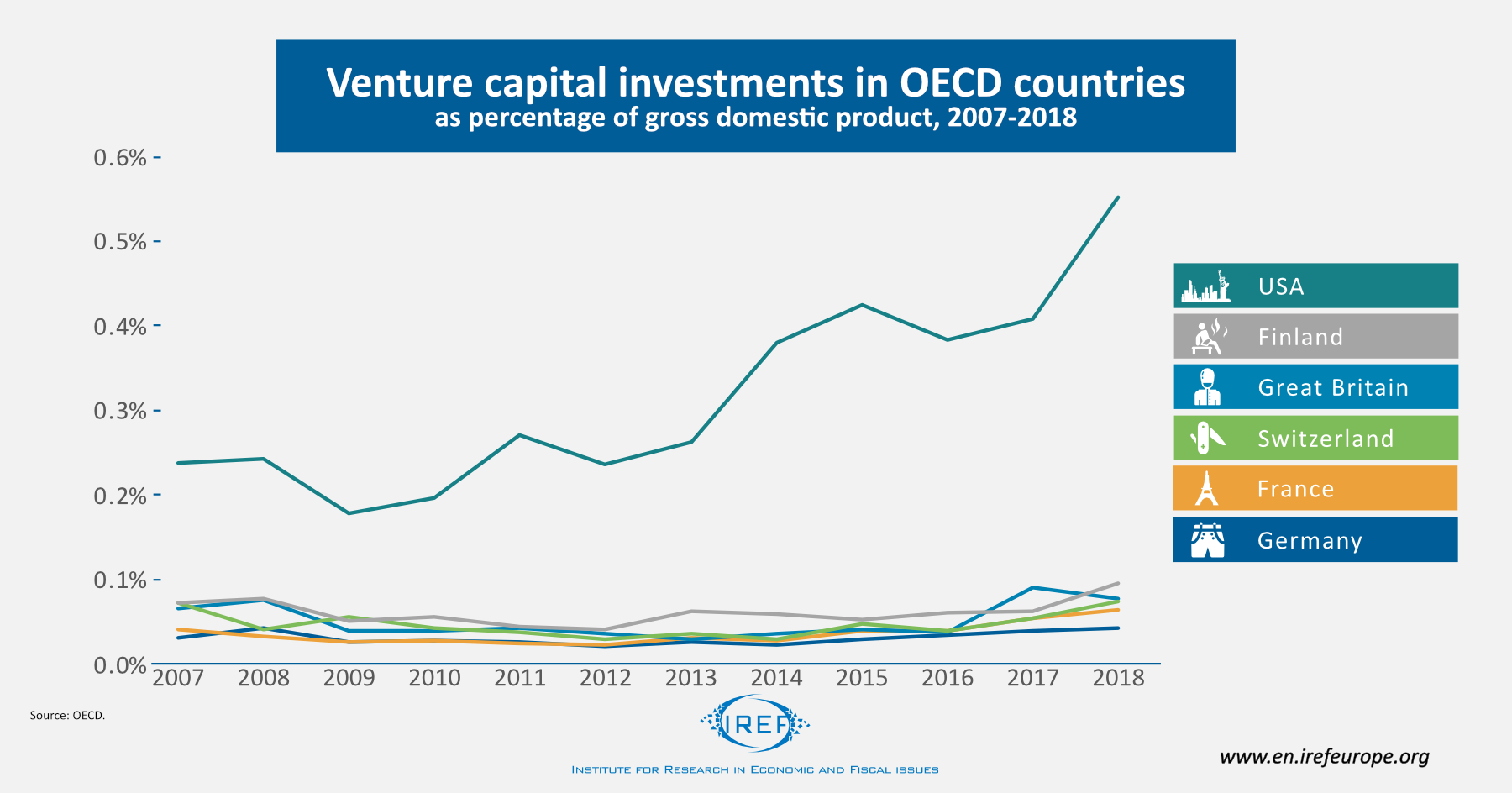 If one observes venture capital according to the different stages in which it operates, Germany is always significantly lower than the US, especially in the later stages. 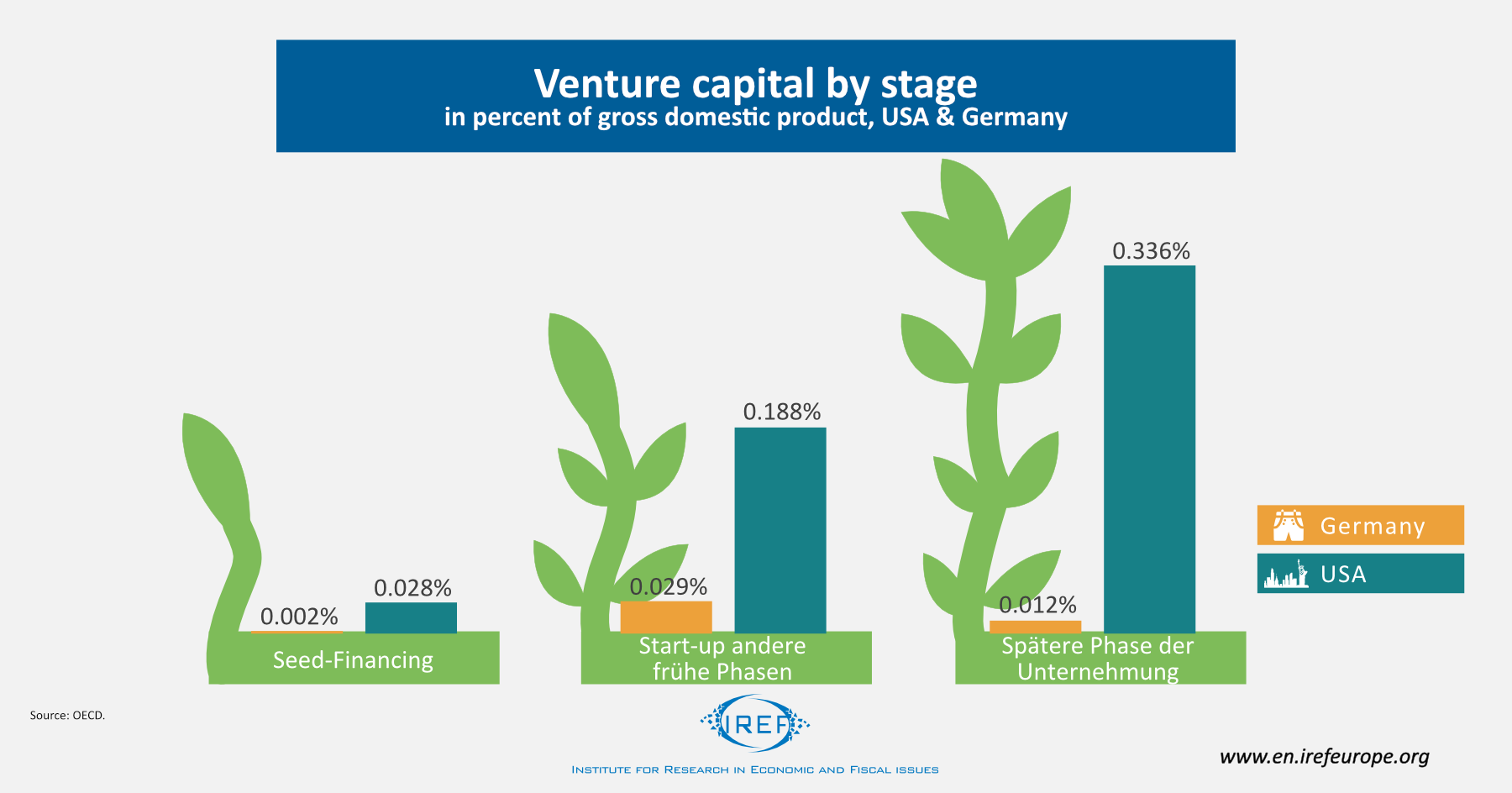 Empirical investigations suggest that the differences regarding venture capital activities are not just statistical artefacts. They are also relevant from the macroeconomic standpoint.

For example, a study from 2011 examines venture capital investments in over 300 American metropolitan areas. It shows that a higher local supply of venture capital increases the number of start-ups and influences both income and the labour market positively. Another study considers 17 European countries and shows that higher risk capital investment fosters innovation, and that that investment in the later stages is of particular importance – those where Germany’s weaknesses are more evident.

Further evidence of the positive effects found in the US can also be observed in other countries. According to research from 2013, venture capital also leads to more start-ups in Europe. Another study based on data from all OECD countries illustrates the positive causal correlation between new jobs and venture capital. The positive labour market effects do not seem to be merely temporary. Instead, they contribute to lowering the unemployment rate in the long run, as shown by a study from 2010.

Venture capital can contribute to a society’s economic success. This, in turn, mobilises politics. In 2018, the state-owned German KfW bank group founded a holding company to invest in young businesses. Moreover, the “High-Tech Gründerfonds”, a public-private partnership, is investing in start-ups since 2005. Most of its funds stem from the KfW and the Federal Government.

In this regard, Germany is not an exception within Europe. Actually, it appears that European governments are e more active than the US. This has consequences. Public funds are often not allocated according to economic principles, such as the prospects of success, but primarily according to geographical criteria that reflect the priorities of the regional authorities. Most public risk capital investments are less than 10 kilometres away from the governmental institution. As a result, European venture capital is fragmented, and to all sorts of pressures.

Another paper from 2017 finds that risk capital investments of private investors exhibit a significantly stronger performance than publicly funded projects. A further analysis in the UK concludes that firms with private-risk investors file more patents than firms that receive risk capital from governmental organisations.

What can Germany and Europe do?

Germany and the rest of Europe have trouble in funding young enterprises with risk capital. The volume is rather low, and public funding plays a relatively high role. Instead of joining the venture capital market as agents, European governments should rather improve the general conditions for risky investments and young firms.

This could lead to new impulses from abroad. An international investigation from 2012 argues that the degree of economic freedom of a country, measured by the Index of Economic Freedom, contributes significantly to venture capital commitments by foreign investors. It follows that successful initial public offerings, mergers, and takeovers of companies with foreign risk-capital investors are more likely in economically more liberal countries.

An examination of European countries from 2012 indicates that venture capital investors fund innovation more successfully in countries with lower barriers for entrepreneurs as well as lower company taxation. 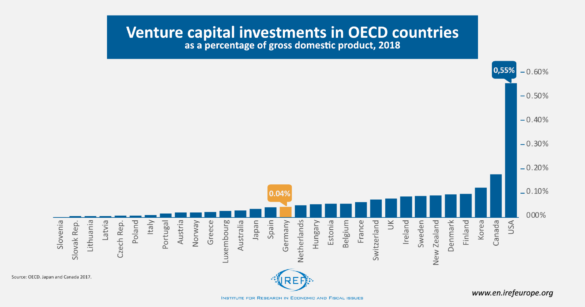 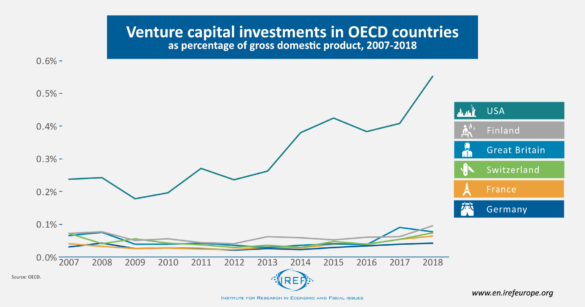 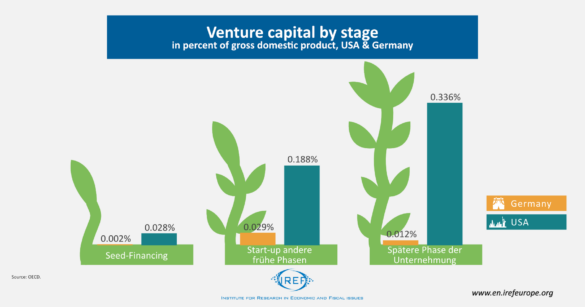