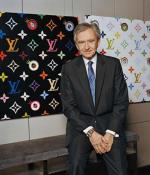 The hyped rhetoric following the future Belgian exile of LVMH owner Bernard Arnault is no surprise to anyone well-versed in the French psyche.

Tolerance of wealth in France is a function of its origin and old habits die hard. Since the Revolution tradition remains the same, only more so. What was yesterday the “noblesse de robe” is today’s “noblesse d’Etat”.

Earning money is either frowned upon or a reason for outright hatred. Owning money in contrast is respectable, especially if it is old or inherited. What is really suspect and often reprehensible are self-made entrepreneurs who have actually managed to acquire great wealth by selling something on the market.

In this context the great sin will only be properly pardoned when the culprit goes to meet his maker. As recently stated by our colleague Vincent Benard: “When an entrepreneur hires, he’s an exploiter; if he lays someone off, he’s a bastard. And if he goes into a exile, he’s a traitor. When he dies, he suddenly gains the title of visionary.”

As underlined by the authors of the IREF book, (What the Rich are Good For) the result is that change taking place anywhere outside of the government sphere is necessarily perceived as detrimental and therefore rejected. The resulting class society becomes anathema to those who would like to develop and create. And thus they vote with their feet. If they are traitors, we need to reflect on what cause they are betraying. The answer is not a happy one.