Why do the rich want tax increases? 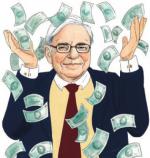 Yesterday, the US President Obama announced a new debt plan built on taxes on rich. He called for $1.5 trillion in new taxes on upper income taxpayers. His plan would end Bush-era tax cuts for top earners and would limit their deductions. This proposal is following the public debate on the issue of high-income taxes, launched by the investor Warren Buffet few weeks ago. In the following paper, Toni Mascaró reminds us why this approach to taxes and deficits is wrong.

In a The New York Times op-ed titled Stop Coddling the Super-Rich, legendary investor Warren E. Buffett asked for higher taxes for the higher earners. On July 7, he told Bloomberg: “I think the rich have a responsibility to pay higher tax rates.”

President Obama has mentioned Buffett’s opinions to support his own initiative to raise taxes for the richest Americans, and countries like France—and soon Spain—have already announced measures in that direction. But Buffett’s proposal, like the tax increases in those nations, will neither solve the real problem nor prevent the super-rich like himself from being coddled, thusly. On the contrary, these tax hikes do have serious negative effects, among the workers and the potential investors.

Buffett says he is taxed less than his employees

Buffett illustrates his misgivings about the US tax systems by regretting that the government taxes only 17.4% of his taxable income while his employees are taxed between a 36% and a 41%. But this comparison has several important flaws: 1. As he admits, Buffett is taxed at a 17.4% because he gets his income from dividends rather than a wage. Owning a fourth of the company, he could well hire himself so that he could have a taxable wage. But, for some unexplained reason, he prefers to pay only 17.4%. If Buffett really wanted to pay more taxes he wouldn’t need any tax reform at all—it would be enough for him to take advantage of the existing legislation to the benefit of the Internal Revenue Service (IRS). Interestingly, Buffett’s article does not even mention such an obvious and easily implementable possibility.

3. In the context of his article, however, the most important aspect of the comparison is the suggestion that the rich pay at lower tax rates than the poor, i.e., that the US tax system is regressive.

Buffett notes that in the last several years the income of the rich has gone up while the tax rates they paid have gone down. To prove it, he quotes to IRS: in 1992, the 400 Americans reporting the largest income “had aggregate taxable income of $16.9 billion and paid federal taxes of 29.2 percent on that sum. In 2008, the aggregate income of the highest 400 had soared to $90.9 billion — a staggering $227.4 million on average — but the rate paid had fallen to 21.5 percent.”

From this he does not conclude that lower tax rates favor wealth creation but that these lower tax rates are somehow unfair. However, in 2008, a study by the OECD stated exactly the opposite: the US “has the most progressive tax system and collects the largest share of taxes from the richest 10% of the population.”

4. One last point that Buffett omits is charity. A large part of the profits of Berkshire Hathaway are directed to charities like Bill Gates’ Foundation or his own Susan Thompson Buffett Foundation which, of course, implies important tax advantages.

Obviously, his employees do not make such important contributions to this type of organizations and so cannot enjoy these tax advantages. But Buffett does not even consider the possibility of discontinuing these contributions nor does he ask for higher taxes on charities.

And so when Buffett is asking for higher taxes for the ‘mega-rich’ he is fully aware that—if ever implemented—they wouldn’t affect him much.

Buffett sent his proposal to the 12 members of the Congress chosen to rearrange the US finances. “Job one for the twelve is to pare down some future promises that even a rich America can’t fulfill. Big money must be saved here. The twelve should then turn to the issue of revenues. I would leave rates for 99.7 percent of taxpayers unchanged and continue the current 2-percentage-point reduction in the employee contribution to the payroll tax. This cut helps the poor and the middle class, who need every break they can get.”

The investor presents this proposal after explaining that the twelve have “been instructed to devise a plan that reduces the 10-year deficit by at least $1.5 trillion. It’s vital, however, that they achieve far more than that. Americans are rapidly losing faith in the ability of Congress to deal with our country’s fiscal problems.

Surprisingly, Buffett focuses his proposal on taxes and doesn’t say a word about public spending, which is the key to solving the serious public debt problem in the US and elsewhere. So, as Jeffrey A. Miron observes, “[t]he first problem with Buffett’s view is that the number of super-rich is too small for higher rates to make much difference to our budget problems.”

Simple math shows this: “In 2009, the income earned by the 236,833 taxpayers with more than $1 million in adjusted gross income was about $727 billion. Imposing a 10% surcharge on this income would generate at most $73 billion in new revenue — only about 2% of federal spending. And $73 billion is optimistic; the super-rich will avoid or evade much of the surcharge, significantly lowering its yield.” In fact, Buffett’s proposal would barely reduce the US public debt burden by an insignificant 0.5%.

Later in an interview, Buffet admitted the need to cut spending: “We have to,” he said. “Even a rich country has limits and we have promised things that we can’t deliver on and that’s a mistake.” And he insisted: “I think getting rid of promises that you can’t keep is important. I don’t think we should cut spending dramatically now. I don’t think that what I’m talking about on taxes solves the deficit gap at all.”

And he concluded: “we have to hit both sides [spending and revenue]. And we can’t put ourselves on a trajectory that takes the expenditure side up automatically as the years pass, which is what we’ve done with entitlements. “

But the mega-rich make good scape goats, distracting the public’s attention from what’s important. According to Miron, “singling out the super-rich distracts from the real problem: the myriad policies that make no sense in the first place because they inhibit economic growth and that simultaneously redistribute from low-income households to the middle and upper classes.”

As an example, he mentions the deductibility of home mortgage interest which “encourages excess investment in housing. High-income taxpayers get the benefits, since low-income taxpayers own little or no housing and do not itemize deductions in any case.”

Nor would it affect investment…

Buffett says that he has “worked with investors for 60 years” but has “yet to see anyone — not even when capital gains rates were 39.9 percent in 1976-77 — shy away from a sensible investment because of the tax rate on the potential gain. People invest to make money, and potential taxes have never scared them off. And to those who argue that higher rates hurt job creation, I would note that a net of nearly 40 million jobs were added between 1980 and 2000. You know what’s happened since then: lower tax rates and far lower job creation.”

Despite this statement, the reality is that taxes on capital yield play a key role in determining where investment goes and where it doesn’t. Experience shows that higher taxes on investments invite capital to move away. In fact, US tax rates, higher than in other nations, have contributed to the industrial offshoring reducing the employment rate of growth that Buffett mentions.

In the mid-1950s, under President Eisenhower tax laws were re-written to favor US investment abroad. Very soon, in April 1961, President Kennedy asked the Congress to take action against those tax provisions that “consistently favor United States private investment abroad compared with investment in our own economy”. But the American lawmakers completely ignored Kennedy’s request.

…but it wouldn’t affect him either

Lastly, one of the most interesting facts of his proposal is that it wouldn’t affect him much since he directs the income of Berkshire Hathaway to his own foundation. And getting tougher taxes on this type of institutions is not among the plans of nations that are announcing higher taxes on the rich. However, those who might be more affected are the people who are now getting rich. These higher taxes could be a significant barrier to entry to newly-rich investors, thus shielding Buffett and his mega-rich friends from unwanted competitors. This might explain the enthusiasm among the mega-rich for this proposal to raise the taxes on the highest earners.

This article has been translated from Spanish. You can read the original version here.