As emphasized in June, the law establishing the Italian universal-minimum-income programme (RdC) also puts the Ministry of Labor and Social Policies — the same authority that advocated its adoption — in charge of its evaluation. Until now, the Ministry released no satisfactory data on the matter and, therefore, little is known about the consequences of the RdC in regard to job market integration and social inclusion of those involved. Moreover, as only highly aggregated data are provided, little is known about the extent to which some areas of the country depend on this form of public transfer. This is an important point, for an increase in dependency is generally negatively correlated with political sustainability, i.e. the capacity of the policy, once enacted, to withstand pressures for repeal or erosion over time (e.g. Patashnik and Weaver, Policy Studies Journal, 2020).

By relying on the list of the RdC beneficiaries in three particularly disadvantaged suburbs of Naples’ sixth municipality (Ponticelli, Barra, San Giovanni a Teduccio) (Fig. 1), this article examines some critical aspects of the RdC that affect its sustainability over time. 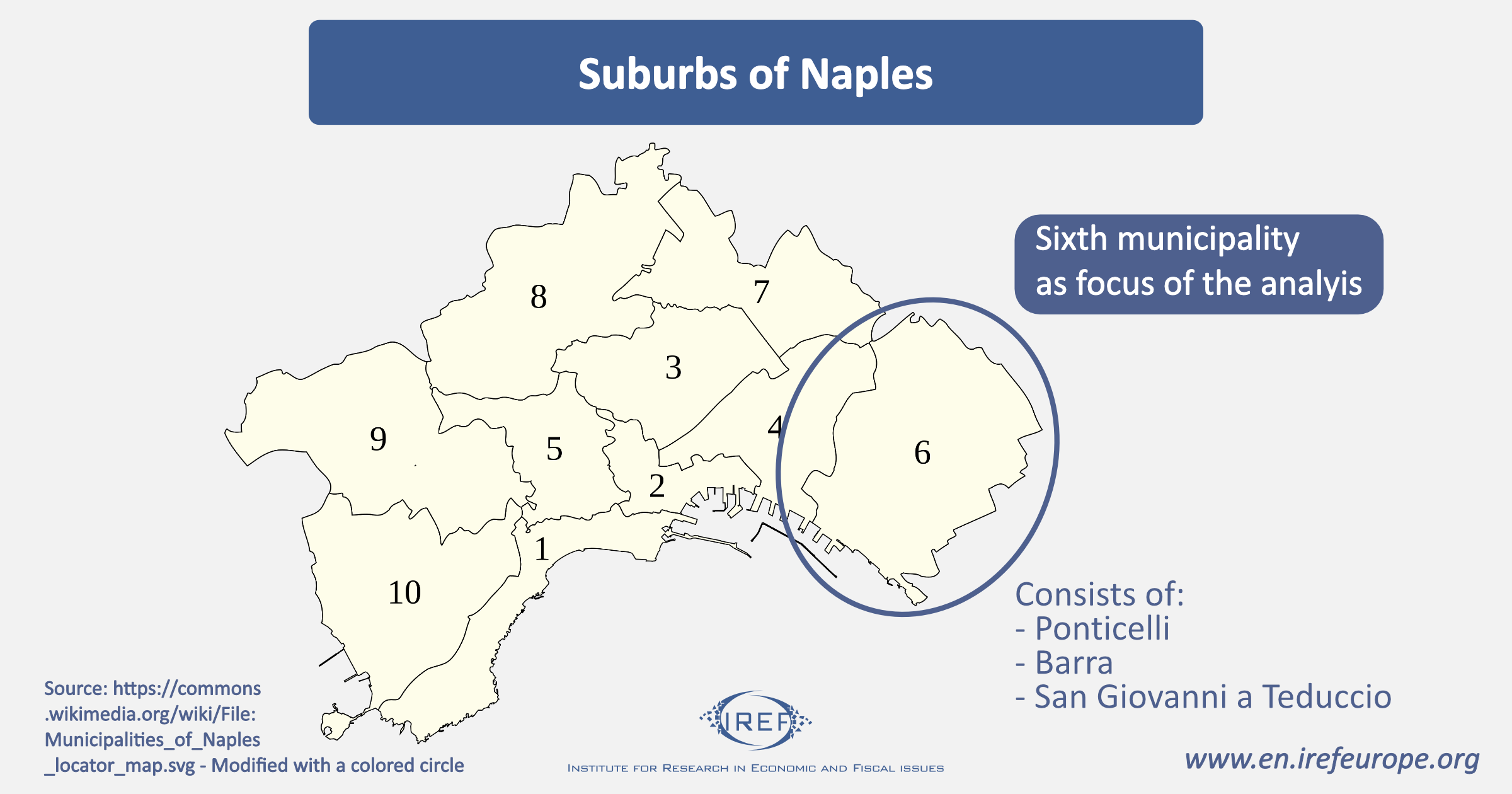 In particular, it focuses on the amount of resources allocated to the programme relative to the size of the area and on its capacity to reach its primary aim, i.e. the elimination of poverty.

The sixth municipality is populated by about 113,000 individuals and characterized by employment and activity rates (30% and 50% respectively) below the European averages.

In the period 2019-2021, more than 12,000 households in this municipality benefitted from RdC (Fig. 2); of these, 9.6% have actually received the so-called citizens’ pension, the RdC label when all the household members are aged 67 or more. 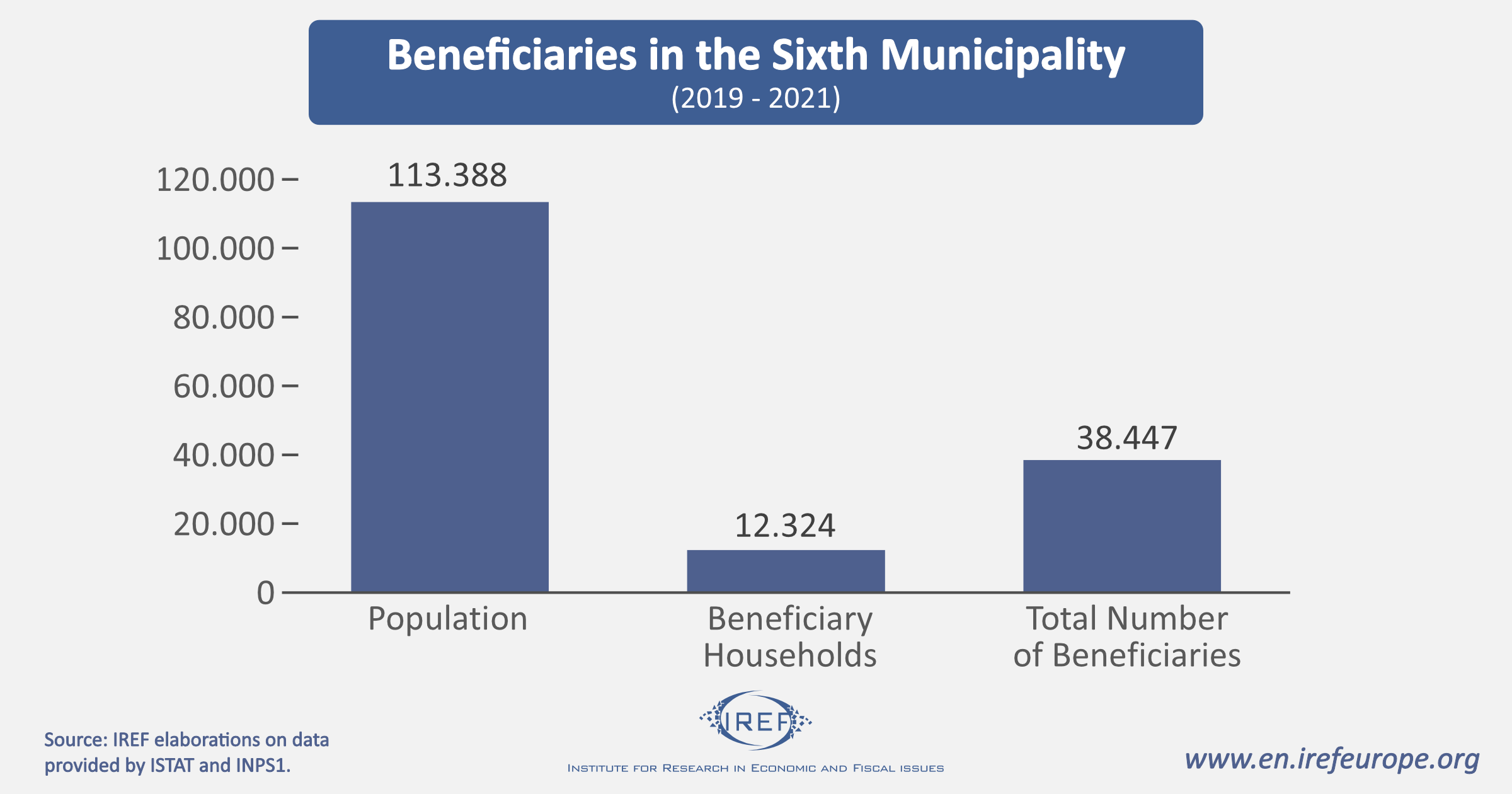 To assess political sustainability, one can consider a dependency ratio, measured as the ratio between the number of beneficiaries and the population, which equals 34%. This figure rises to 51% if one considers the ratio between the beneficiaries and the labour force, i.e. the population aged 16-65 (about 66% of the total population); and to one when considering the number of beneficiaries relative to those currently employed. In other words, for each working individual, there is at least another one whose income is granted by the RdC program.

Another way to assess dependency is the ratio between the resources allocated to the programme in the sixth municipality and the personal-income-tax revenues collected therein. This ratio equals 52%. On a national scale, 52% of the proceedings from the personal income tax would be equivalent to about 5.5% of GDP.

Given the huge amount of public money allocated to the programme, one can wonder whether poverty was really eliminated, as the RdC supporters promised. The evidence shows that the RdC is not enough to get people out of poverty. Simulations (Fig 3) suggest that the average benefit for a representative household of four members in the sixth municipality is well below the absolute poverty threshold set by the National Institute of Statistics (ISTAT), although the gap is considerably smaller if one adds social security benefit on top of the RdC, (e.g. allowance for dependent children). 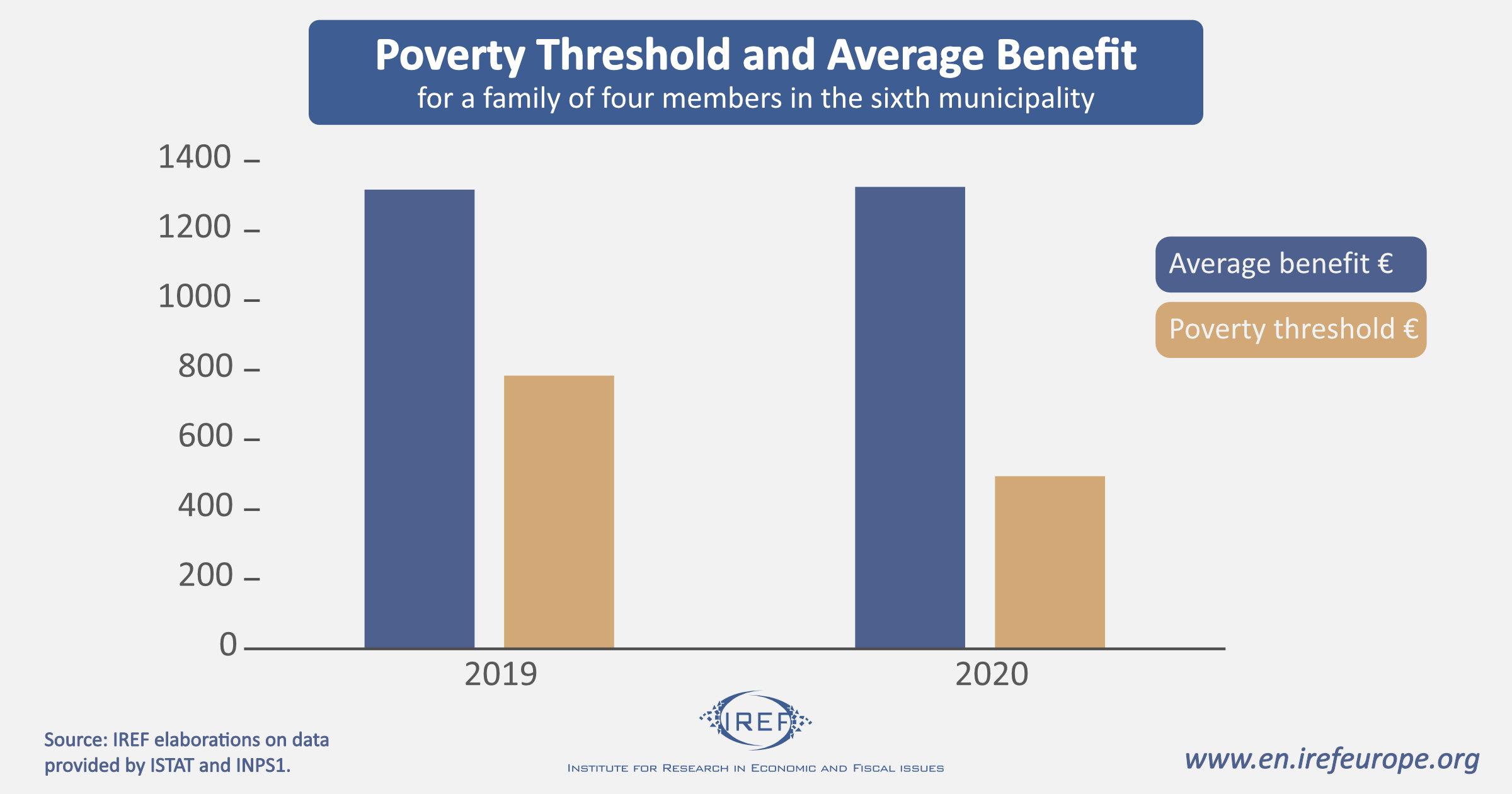 The upshot is that the Italian RdC programme is not sustainable in the long run. There are vast areas of the country – the sixth municipality of Naples is just an example – where dependence on the programme is dramatic and the chances of doing without subsidies is virtually zero.

The RdC was a promise that contributed to the electoral success of the 5-Star Movement at the 2018 general election. A promise, however, that has not prevented the substantial electoral decline that has characterised that very party during the past four years.