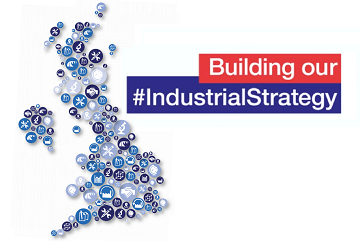 The Chancellor of the Exchequer, Phillip Hammond, presented his Autumn Budget to Parliament on 22 November 2017. Compared to what happened in Spring 2017, this time the Chancellor described a rather uncontroversial nor surprising set of measures. What has instead inspired a national debate is the fact that the Office for Budget Responsibility (OBR) has revised its forecasts and it expects the UK economy to grow by 1.5% this year (it was 2% in March). In addition, growth will drop to 1.3% by 2020 and then rise to 1.5% in 2021. This also implies that expected tax revenues will be £20bn lower than forecasted in March.

In its Economic and Fiscal Outlook report, the OBR identifies the culprit of this negative performance in the low productivity of UK labour. This is not actually very surprising news. What is interesting is that the Government apparently has now identified the root cause of the malady: weak business investment. They argue that, instead of investing in new, more efficient technologies and training employees, firms have decided to access cheap labour. This reasoning surely will resonate with Brexiteers, no matter their political party. This view has been also combined with the claim that low structural investments in R&D have hindered any hope for labour productivity to pick up. 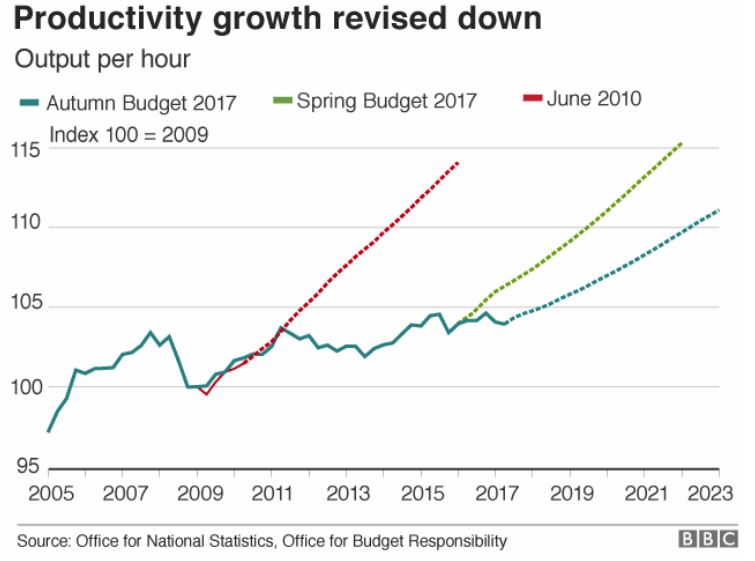 So, if lack of investments may be the problem, how to incentivize domestic and foreign investors to bet on the UK? The government promised to address some of these issues in a new Industrial Strategy. Unfortunately, the plan has all the textbook features of the actions that an interventionist government would take to tackle the issue.

First, the government has pledged to invest an additional £80bn in research and development over the next decade. Admittedly, the UK spends 1.7% of its gross domestic product on research and development, less than the 2.4% average of OECD countries; but this cannot be an excuse to assume that the low productivity of labour will increase pouring billions of taxpayers’ pounds into R&D projects. R&D is by definition a risky business. Only companies and entrepreneurs would be in the right position to assess how and how much to invest. In part, the Government may have recognised this and it has explained that it will attempt to create “strategic and long-term partnerships” with private enterprises. A deal with US healthcare giant MSD to open a UK research centre has been announced as part of the strategy.

Second, the Government will also let us know which are the global trends which it believes the UK needs to invest on to improve productivity. In other words, the government will decide who will receive a portion of the public money and who won’t. Among the winners are artificial intelligence, low carbon technologies, driverless cars and drone-delivered goods.

Some commentators have already highlighted an evident weakness with this second aspect of the industrial plan. If the lack of investment is really the problem, then the solution cannot surely reside in public investments in industries such as engineering or pharmaceuticals, where growth already naturally relies on R&D investment and skilled labour.

“The UK’s productivity problem lies in the vast majority of ordinary firms, in sectors such as retail, light manufacturing, tourism, hospitality and social care. Unless the White Paper includes a plan to raise productivity in these sectors, it will still not be addressing the real issue.”

Boosting productivity requires a series of deep reforms, starting from the way future employees will be educated and trained to the reform of the health system that will ensure sustainable and adequate health conditions. Investing more public money in selected industries won’t solve the productivity problem of the country.

If the government is not prepared to discuss bold reforms, including seriously curtailing corporate tax, then we would like to suggest two directions that will make the UK markets more attractive to investors and at no cost for taxpayers. First, industries like engineering or pharmaceuticals do not need injections of public money to do R&D. They need clear, certain and light regulatory systems. So, why doesn’t the UK government clearly state that regulation will be considerably reduced and revised after Brexit? Instead of promising money, the government should promise pharmaceutical companies smooth and effective regulatory controls that will allow new drugs to be introduced quickly in the market and the NHS. Another essential element that investors require is certainty. It is still very unclear what Brexit will mean for UK business. It is actually still unclear what deal the government is really trying to achieve. According to the CBI, 10% of businesses have already put in place contingency plans by moving functions and people out of the UK. The figure may rise to 35% by December and 60% by March of next year if the position of the UK post-Brexit will not be clarified. If this will be the case, productivity (and GDP) will drop no matter the extent of public investments in the economy. 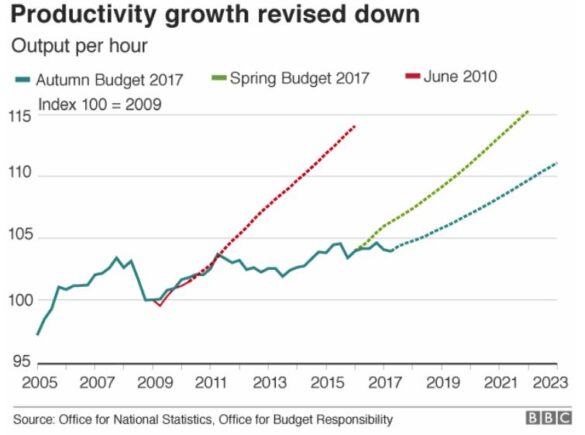