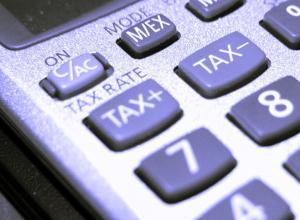 “If I have less money, I shouldn’t spend less but tax more”. That is exactly what the French President François Hollande and his Government are doing. Economic principles are obviously upside down. That is the result of socialist economic policies denying reality: the French budget was established on the assumption that taxpayers would continue to spend money as if there were no crisis and as if tax revenues were some kind of annuity. This error can be lethal for French taxpayers.

The French Government forecasted an 8 billion euros VAT increase for 2013. The problem is that consumers did not act as the Government planned. On the contrary, they spent less: – 0.1% on Q1 2013, -0.3% in April. Therefore, VAT revenues are shrinking by 2.3% YoY thus losing more than 1 billion euros: 44.7 billion euros were levied instead of the forecasted 45.7 billion

Same trend for taxes on energy – called TIPCE -, especially gas: tax revenues decrease by 6.2%. Even if this TIPCE amounts for only 5% of the French budget, that is still a loss that the Government would have been willing to avoid. That is why some ministers would like to raise taxes on leaded gas.

If the trend goes on the decreasing path, it is likely the Government will loss 10.8 billion euros. But as pointed, that may not lead to public spending reduction: on the contrary, it may lead to more taxes. To be followed…

The Making of Tax Hell… And The Escape of Entrepreneurship

Well-Being Ranking: France Is 18th on 34

28 millions French workers versus 14.5 millions who...

Well-Being Ranking: France Is 18th on 34