About 60 years ago, Nobel laureate Thomas Shelling published a book titled “The strategy of conflict”. It was written during the cold war and reflects the typical worries of the period. Among other things, the book examines the chances mankind would have of limiting the damages in case of open military confrontation between the US and the Soviet Union. 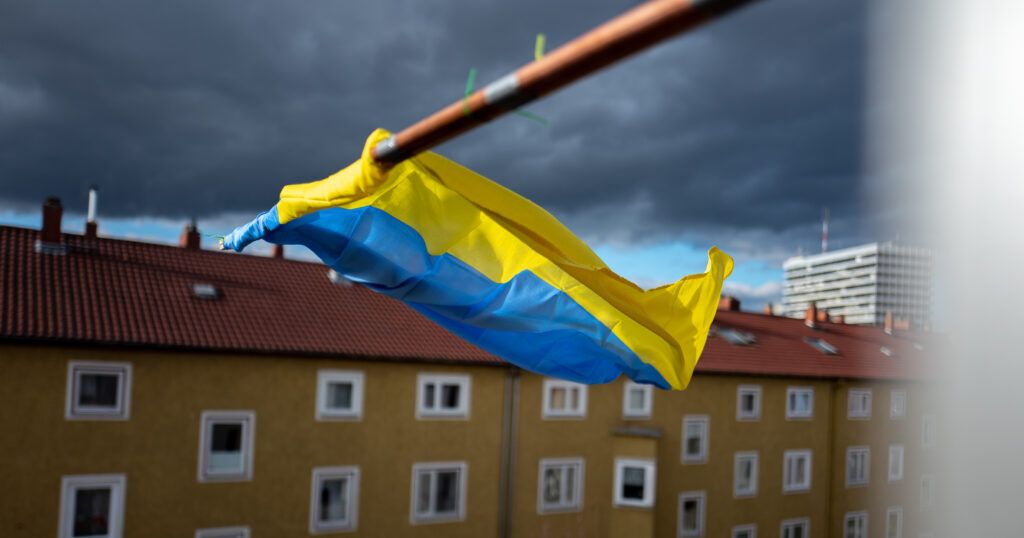 Until a couple of weeks ago, Shelling’s contribution seemed an obsolete analysis of twentieth century problems. Regrettably, the Russian invasion of the Ukraine has made Shelling’s book relevant again. In particular, the game-theoretic literature that followed his book can offer guidance on how to address some of today’s concerns:

Although all these questions can be examined with the tools provided by game theory, the following paragraphs focus mainly on the possibility that the actual conflict escalates.

Framing escalation in a game-theoretic setting

Game-theoretic reasoning conceptualizes escalation as a tool, used by States during bargaining. The bargaining process concerns a resource in dispute (a piece of land, a city, hostages and so on). Each player makes a proposal which can be either accepted or rejected by his/her counterpart. If there are only two players, acceptance of a proposal leads to the distribution of the payoffs according to the terms detailed in the very proposal. If the offer is rejected, then bargaining resumes. The point is that any player wishes to incentivize acceptance by the opponent. As a result, each player tries to conceive a mechanism that makes his proposal attractive and raises the cost of rejection. Escalation is the essence of this process: an actor agrees to the opponent’s offer if the costs of escalation outweigh the benefits of acceptance. This is actually Schelling’s point: fear of escalation is what persuades one player to give in and bring the game to an end.

Lisa Carlson’s theory of escalation (Journal of Conflict Resolution, 1995) suggested a different viewpoint by drawing attention to the players’ behaviour during the bargaining process. In this light,  cost tolerance, the maximum cost a player is willing to bear to get his demands satisfied plays the key role.

If information is complete and each player knows his opponent’s tolerance cost, then the game has an obvious outcome: the low cost-tolerant player concedes immediately. If information is incomplete, then the players can try to manipulate the signals following which the opponent will adjust his own behaviour. This means that a player may suddenly escalate to give the impression his cost tolerance is relatively high. For example, the Russian references to the use of nuclear weapons could be a way of signalling a very high cost tolerance.

Theory suggests that the lower cost tolerant actor tends to escalate during the first period of a crisis. On the other hand, it has been argued that gradual escalation characterises players with relatively large resources. In the current situation, the NATO alliance and the EU do not have any incentive to escalate rapidly. The Russian Federation has.

The NATO alliance and the EU can use their economic power to impose economic sanctions that become stricter and stricter (this is a form of escalation as well). Against this, the Kremlin has little possibilities to retaliate. This would explain why Moscow is likely to intensify military operations in the Ukraine and have its demand satisfied as soon as possible.

What about the nuclear threat?

The Russian Federation knows that future agreements must be accepted by the Ukrainian government as well as by the western bloc. In this light, nuclear sabre rattling could be a way of urging the West into an early agreement, and possibly avoiding the danger of instability in Moscow. But it could also be a sign a weakness, and we all know that forcing an opponent with his back to the wall may lead to catastrophic consequences.

DON’T THROW OUT THE LIBERAL BABY WITH THE NEOLIBERAL BATHWATER

Hi, it is an interesting approach to war prediction and escalation. The game theory depends heavily on gamers, their parameters and the decision process. It depends on the presupposed assertion that gamers have the aim of winning and not pursuing whatever it costs an ideology.
One can also predict an event using other probability theories.
Bayesian probability is one of them. In this case, it could have predicted the war and its escalation considering Tchenia and Syria precedent events.
In this setting, escalation is highly probable. Diplomacy will recurrently fail as it did during these recent months. An aleatory event leading to high-intensity confrontation comparable to the battle of Khasham (https://en.wikipedia.org/wiki/Battle_of_Khasham#:~:text=Battle%20of%20Khasham%20%2D%20Wikipedia) will probably occur. This probability is depending on the number of secret operations conducted in Ukraine by allied forces. However, the risks are greater. Indeed, as it is analyzed in this paper (https://www.businessinsider.com/us-killed-russians-in-syria-but-ukraine-stakes-are-different-2022-3) the situation of the invasion inside Europe tends to overweight some parameters as war crimes or using forbidden weapons.
It could be interesting to determine the model and calculate the Bayesian probability.