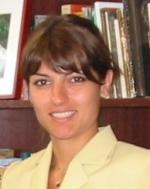 For the French government, it is more than ever urgent to convince everyone that the State deficit is moving in the right direction and the public debt is sustainable. In the context of an uncertain future for the French credit rating triple A note, the present debate on the budget of the State for the coming year and the austerity measures it includes became a really hot issue. The initial project of budget for 2012 has been already adopted by the Financial Commission at the French National Assembly and is now being discussed by the deputies.

In line with the announced austerity mood, the project reveals a bunch of new taxes intended to fill the deficit and stop the dangerous spiral of indebtedness.

The rich will have to pay more

To begin, an emblematic and “exceptional” tax on high incomes has been introduced – those earning more than €250 000 per year (€500 000 for a family) will have to pay an additional 3% on their revenues. For incomes exceeding €500 000, the extra tax will be 4%. This will come on top of the 41% income tax rate for the highest income bracket and is expected to add approximately €410 million to the State budget. The new tax is supposed to be temporary. It will be abandoned as soon as France is able to meet the Maastricht criteria of a deficit below 3% of GDP. As we shall see in the following this is supposed to happen in 2013. Also, capital gains will be penalized with a higher social contribution tax levied on those gains – 13.5% instead of the usual 12.3%.

Taxation has been used for several years as an instrument of economic policy, “stimulating” some sectors at the expense of others. Nevertheless, the austerity plan seems to question the sustainability of such policies, since several tax loopholes have been repealed or reduced recently. To illustrate, the 1/3 tax allowance attached to benefits from overseas departments’ enterprises has been repealed. The tax credit for an investment in new housing for rent (Loi Scellier) has been reduced from 22% to 14%, reducing therefore the incentives to invest in new housing for rent. May be the government is hoping that this negative impact on investment brought about by lower tax credits will be more than compensated by the fact that an additional tax is in the meantime imposed on owners of garrets that ask for “too high” a rent, an additional tax that could make investment in new housing comparatively more attractive.

But the idea of double dividend tax is not totally abandoned, at least in the rhetoric. Hence, a new tax on sodas is about to be introduced. It will bring some €250 million (which represents 0.2% of public deficit) and is supposed to encourage a healthier consumption behavior. The latter is highly improbable to happen – according to recent studies based on US experience on that matter, such tax increase will have no or negligible impact on obesity.1

A project that includes some really bad ideas

A highly controversial measure is targeting mutual insurance companies that will have to pay higher taxes (7% instead of 3.5% on each subscription received). The new tax will automatically translate into higher contributions for the subscribers. The measure is estimated to generate € 1.1 billion of additional revenues. Also, enterprises are penalized with new taxes. For example, income from overtime work had benefited from a tax exemption since 2007 and companies were exempted from social contributions on that part of the payroll. The idea was that “those who work more should earn more”. But this is about to end in 2012, at least for the exemption granted to the company. If asked why such tax increases, member of governments would probably answer as the famous bank robber did: because that’s where the money is!

Is the budget sustainable?

Now, let’s have a look at the situation from the macro level. The global amount of taxes and social contributions keep growing – their level is estimated to reach 44.5% GDP points in 2012, against “only” 42.5% in 2010 and 43.7% in 2011. France will probably maintain its first rank in the world regarding public spending – 55.8 GDP points in 2012. And here we touch the Achilles’ heel of the budget project: it introduces no substantial cut in public spending. Admittedly, the growth rate of the volume of public spending has been decreased to 0.8% the last two years (down from an average of 2.6% for the past 30 years). But this slowing down is highly insufficient. The new measures are expected to “save” some €12 billion in 2012; nothing significant compared to the increase in public debt for the past three years ( + €437.3 billion), or the charge of the debt (at least €45.4 billion in 2011) and the budget deficit in 2011 (€95.5 billion). The National Audit Office (Cour des Comptes) keeps warning the government about the unsustainability of the deficits and the insufficiency of the reforms and saving plans, but its reports are welcomed with disregard and hostility. Not surprisingly, since it is hitting the nail on the head – the government is systematically missing its targets, as shown in the following table:

In 2009, the budget was targeting a deficit of 4.4% and a public debt at 69.9% of GDP. The real numbers revealed to be respectively 7.5% and 78.1%. Same thing happened in 2010 – the targeted deficit was 3.1% and the realized one at 7.1% while the public debt reached 82.9% instead of the 70.5% targeted. Needless to insist that we are not talking here about marginal mistakes. Given the economic context, the new targets for 2011 and the following years have also all the chances not to be reached. Instead, higher taxes are probably going to hit even more the gloomy French economy and bring less budget revenues than expected. Add to this the uncertain amount of money to be spent on the EFSF contribution or to bail out some banks, and – worst scenario – an eventual downgrading of the French sovereign debt that would increase the cost of the debt (it actually already started to increase, since Moody’s announced that France will remain under supervision): France will therefore find itself with really, really small breathing space. Some steps towards a real change of direction could take place during the debate on the 2012 budget. But it is to be feared that all that counts for the political leaders is to buy time waiting for the next Presidential election in May 2012.