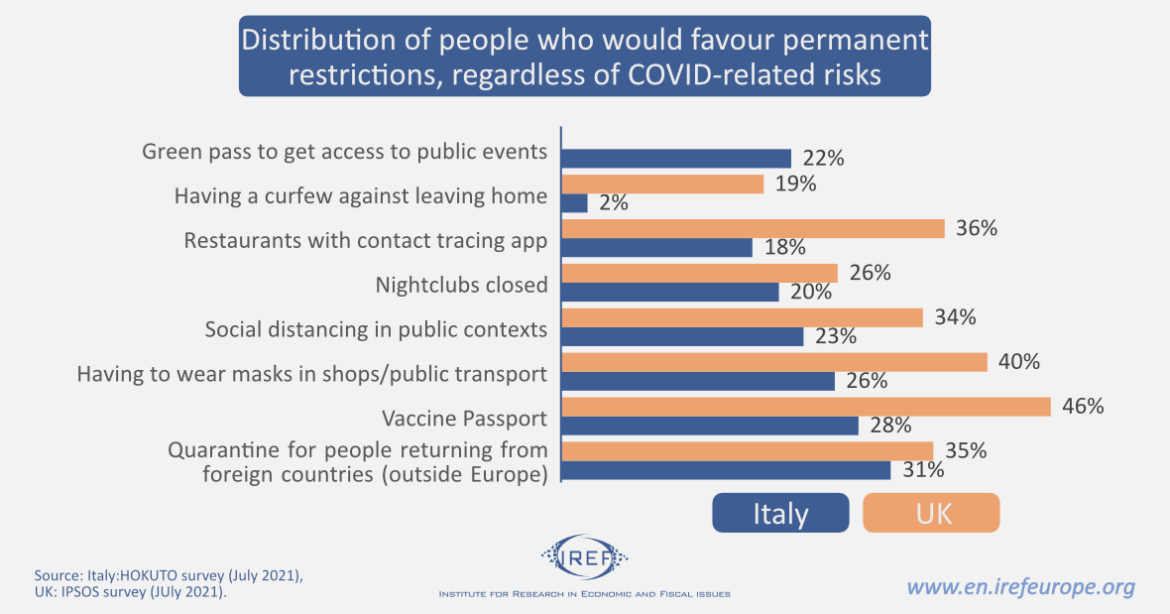 This year and a half of pandemic has rekindled the debate about the relationship between individual freedom and its limits, especially when health is at stake. While in several countries governments seem to be reasonably cautious in this regard, Italy has adopted policies (i.e., the so called “green-pass”) that have no equal among Western democracies in terms of extension and invasiveness. Italian citizens cannot take a train, attend a university class or go to work without giving proof, possibly via a specific App in their smartphone, that they are vaccinated (or to be negative to a Covid-test taken in the last 72-hours). Despite the perplexity shown by some commentators, general support for the green-pass in Italy is rather high. About two Italians out of three believe that far from depriving them of liberty, the green pass actually enhances their liberty. Although this reaction may be surprising, it could perhaps be understandable, if such policies were thought as temporary. Some data, however, highlight a different and less optimistic scenario.

A survey conducted together with the Socio-Political Observatory of Hokuto at the end of July (and therefore before the adoption of the green pass by the Italian government) shows that a just a minority of the Italian population favors the idea of permanently extending some restrictive measures adopted to combat COVID-19, regardless of the risk linked to the pandemic. Yet, it is a significant minority: 31% would like to quarantine those entering the country from outside Europe; 28% would support measures that would allow only vaccinated individuals to travel abroad even in a post-COVID world; 26% would approve of mandatory mask indoors (as is currently the case in Italy); 22% would welcome future green-pass requirements for public events; and 18%are in favour of tracking of people who go to the restaurant. Just to give a benchmark, these percentages are lower than those reported by a similar survey published in the Economist for Great Britain. Still, they are far from negligible. Which factors are most highly correlated with some Italians’ willingness to make the limits to individual freedom inherited from the Covid months permanent? To answer this question, we produced a statistic that we call the “PROTECTION Index”. The index ranges between 0 to 8 – it is 0 when the respondent is against maintaining the restrictions reported in Figure 1, and 8 in the opposite case. The overall average of this index is 1.7, i.e., on average Italians are in favor of making almost 2 out of 8 restrictive measures permanent; the median value is however lower and equal to 0. In simple words, the data reveal the presence of a “protectionist” hard core in terms of restrictive measures, which would like to keep all or almost all of them. A minority of respondents, that’s true, but which in any case involves about 1 in 5 Italians.

Moreover, four socio-demographic factors seem to play an important role in this context: in general, the PROTECTION Index takes a higher value among highly-educated males, who live in large cities and aged between 45 and 54. This hardly matches the current narrative about the typical “populist” voter, the frequent scapegoat for the diseases of liberal democracies. 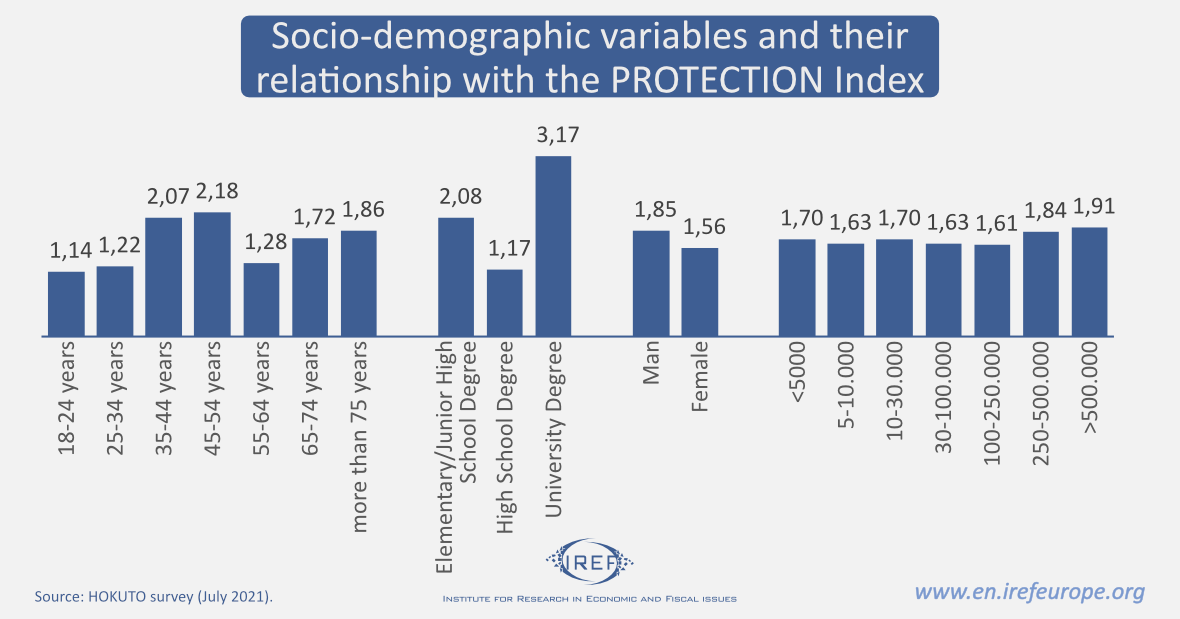 These figures shed light on the social credit system (SCS) recently introduced in China. Under this system, individuals, businesses, social organizations, and government agencies are assessed by considering their “trustworthiness”. SCS is not (yet) a single unified system since it includes diverse initiatives managed by local governments and commercial companies. Rather, the different SCS initiatives integrate various sources of data that justify privileges (e.g., tax reductions and easier access to governmental services) and sanctions (e.g., limited access to high-speed trains and financial services). The authorities use this carrot-and-stick system to direct citizens’ behavior, which the Chinese people seem to appreciate: according to one of the few analyses in this respect, almost half of respondents to a national survey (49%) indicated strong approval of SCSs.

In particular, the survey shows that Chinese citizens perceive SCSs not as an instrument of state surveillance, but as a tool to improve the quality of life, to close institutional and regulatory gaps, to enforce more honest and law-abiding behavior in society. More social trust is the final outcome. Indeed, the only strong reason that appears to erode public support for SCSs is “opacity”. In other words, Chinese citizens are not bothered to receive an official score by the government. They are worried only if such scores are perceived as biased. Interesting enough, respondents who approve of SCSs tend to be older, higher-income, male, more highly educated, and living in urban areas. This profile is exactly the same as the profile that characterizes supporters of more PROTECTION in the Italian case. Sadly, this is also the profile of those who have been historically considered the backbone and the ultimate watchdog of freedom in Western societies. Has this narrative become obsolete? 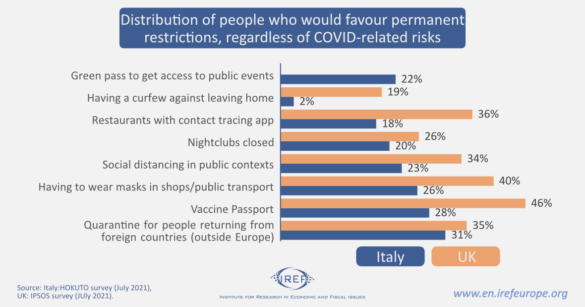 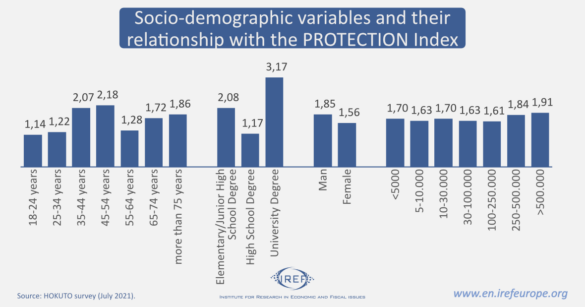 Shipping and Shopping: why you should buy your Christmas tree early