Italy and the need for a new industrial revolution 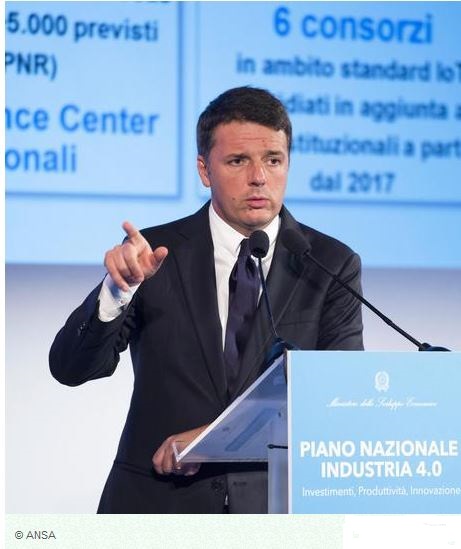 The Italian Prime Minister, Matteo Renzi, has recently announced the intention of the government to invest 13 billion euros to help modernizing Italian manufacturing. Leaving aside reasonable doubts regarding how the government will manage to raise these funds, it appears evident that Mr Renzi is attempting to replicate the positive experience created in Germany by the fourth industrial revolution. However, the plan of pouring taxpayers’ money to revitalize the Italian manufacturing sector is destined to fail without addressing first critical endemic structural problems.

Industry 4.0 in the context of the weak EU manufacturing industry

Recent data on the European manufacturing show that in August the value of the IHS Markit index (based on purchasing managers interviews) was the worse of the last three months (51.7, where 50 marks the threshold between recession and expansion). Performances in Italy and France are particularly bad (both under the 50 threshold).

It is not all doom and gloom though. Data on Germany show that the country performed better than the European average (53.6 vs a European average of 51.7). This is not surprising. Germany has long recognized the necessity of reorganizing and innovating its manufacturing sector and has adopted an approach sometimes called Industry 4.0. The method entails a revolutionary approach to manufacturing based on an extensive use of data and digital technologies to manage the entire value chain of industrial activities. Of course, the success of the experience in the US and Germany has produced considerable interest in Europe, where policymakers and entrepreneurs regard industrial policies among the top priorities (i.e. “Industrie du future” in France, “High value manufacturing catapult” in UK, “Smart industry” in Holland, “Fabbrica del Futuro” in Italy).

Given the critical importance of digital services for the success of a fourth industrial revolution, the current efforts to create the suitable regulatory conditions to obtain a digital single market are most welcome. However, it is also vital that centralized decision making does not frustrate local successful experiments, as it may be happening in Italy.

An industrial Renaissance in Italy?

The Italian government has recently announced it will invest 13 billion euros to help renovating Italian manufacturing, more than what Germany and the USA intend to do.[[In Germany, strong public intervention has piloted this most recent industrial revolution. In the US public intervention was decisive only in the initial phase of the process. However, in both cases a vast amount of financial resources was involved: the US Advanced Manufacturing Partnership 2.0 had a declared budget of about 2 billions of US Dollars, while according to Roland Berger, during the next 15 years Germany should spend between 18 and 20 billions of Euro to develop Industry 4.0.]]
It is positive to see that part of the Italian effort toward a reform of the manufacturing sector will go in the direction of providing tax breaks to firms that decide to innovate. It is undisputable that Italian companies would greatly benefit from credible and significant forms of tax breaks. However, there are many unresolved problems in the industrial sector that, if not addressed first, will hinder every attempt to kick-start an industrial revolution.

The projections announced by the Italian government report the expectation that private investments up to 24 billion euros will follow the 13 billion euros of public investments. This is very unlikely to happen. There are at least two key issues that need to be resolved before any real investment could produce sizable returns.

1) Italy desperately requires significant investments targeted at the creation of internet networks, both broadband and fibre optic (see figure). Rather than relying on public investment (from the EU and Rome), the government should ensure that entrepreneurs consider Italy as the right place to put their money and ideas. The Italian bureaucracy and judiciary are definitely inadequate. 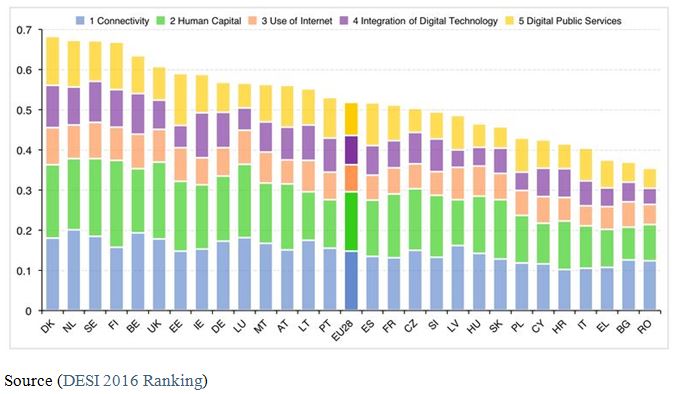 2) The labour market requires more flexibility. It is unlikely that firms will introduce any form of industrial digitalization, if they cannot overhaul their organizations and personnel.

Truth be told, Italy already does provide local examples of modern and, sometimes, world-leading manufacturing (located principally in northern regions of the country). These success stories are in place because local administrations have not obstructed forward-looking entrepreneurship. In light of this, it would be more desirable for the future of Italian manufacturing that factories of the future were inspired by these local examples of decentralised excellence, rather than piloted from Rome (plans explicitly mention the creation of a “control room” in the capital). Trying to mimic the positive experience in Germany would be ineffective and harmful. Indeed, thinking that what Italy needs is just a larger injection of (public) money, without ensuring that essential conditions for a real industrial revolution in Italy are met, will be a waste of taxpayers’ money and another opportunity missed by the country. 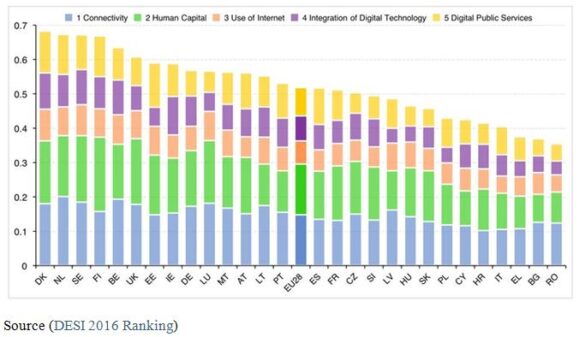 Economic Growth without a Government?