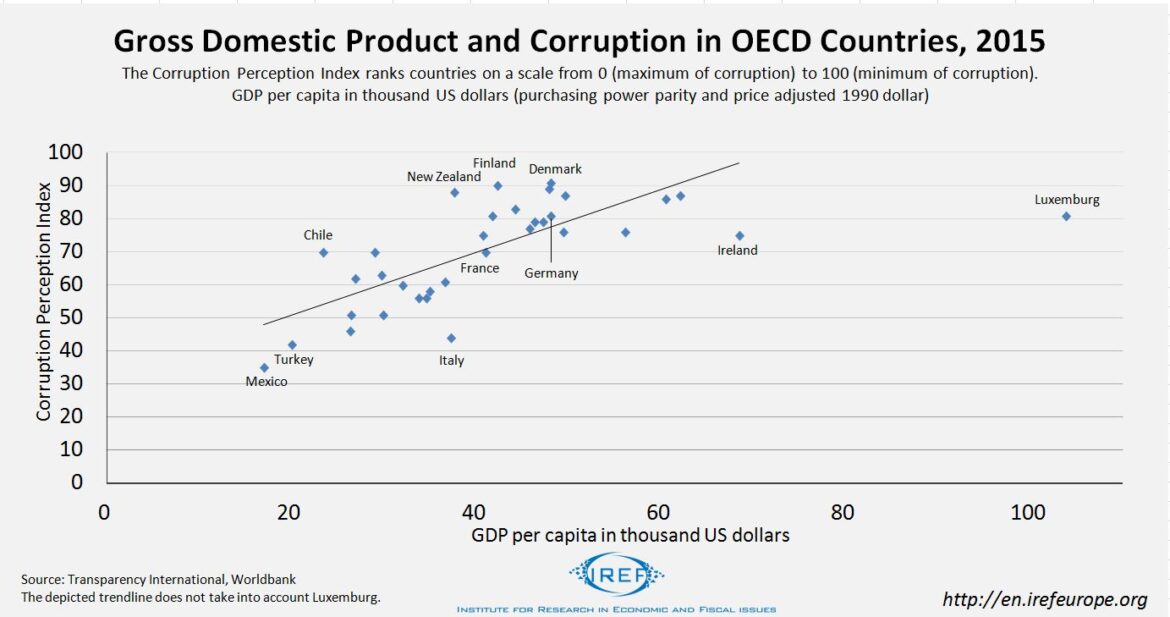 Rule Flouting Politicians and the Willingness to Cooperate

The market oriented democracy in the West enjoys a historically unprecedented period of wealth and peace today. This success is based primarily on the people living there adhering to some basic rules for social coexistence. Some of these rules are written law such as the respect for life and the property of others. Others are non-written rules such as to refrain from acquiring individual advantages on the expense of others through political means.

This desirable status is not just based on effective sanctions but also the internalisation of norms. Independently from the looming external sanctions many people want to do to the right things in many situations. However, studies suggest that collaboration rules can be eroded if socially influential role models are increasingly attracting attention by breaking rules and do not get sanctioned for it – regardless of the sanctions being of legal nature or not.

Politicians representing the state belong to the group of social role models and thus influence the preservation of collaboration rules. In most market oriented democracies politicians are usually not exhibiting a high level of corruption or criminal offences. However, the recent observable and unsanctioned violations of previously agreed upon rules by government officials of EU and eurozone countries – i.e. the Maastricht criteria, the no-bailout clause and the Dublin Regulation – could in the long-run harm the willingness to cooperate in those countries.

Successful and less successful Societies
Societies in which rules and standards promoting cooperation are respected create many positive sum situations, reduce uncertainty in interactions and build up valuable social capital. If these rules are systematically violated, however, societies become impoverished, unstable and unfair. Their public life is characterised by corruption, violence and undue political advantage.

Cooperation promoting societies and cooperation disapproving societies differ from one another on two crucial points: All laws are executed irrespective of the person concerned. People in authority and politically powerful individuals will be sanctioned in the same way as everyone else. In cooperation disapproving societies, on the other hand, criminal sanctions are only applied selectively and political power is used as a means to be able to flout the rules unpunished.

Reliable government sanctions alone, however, cannot explain the high degree of cooperation in successful societies. The enforcement of cooperation promoting rules solely by the state would effectively be too costly. People in cooperation promoting societies benefit from adhering to the unwritten rules for a harmonious co-existence irrespective of the person concerned – towards strangers as well as family members and friends. Even in societies whose public lives are characterised by corruption, violence and undue political advantage, unwritten rules for a harmonious co-existence define the interactions between trusted individuals. However, they are disregarded when interaction with strangers takes place. An enormous potential for cooperation thus gets wasted. 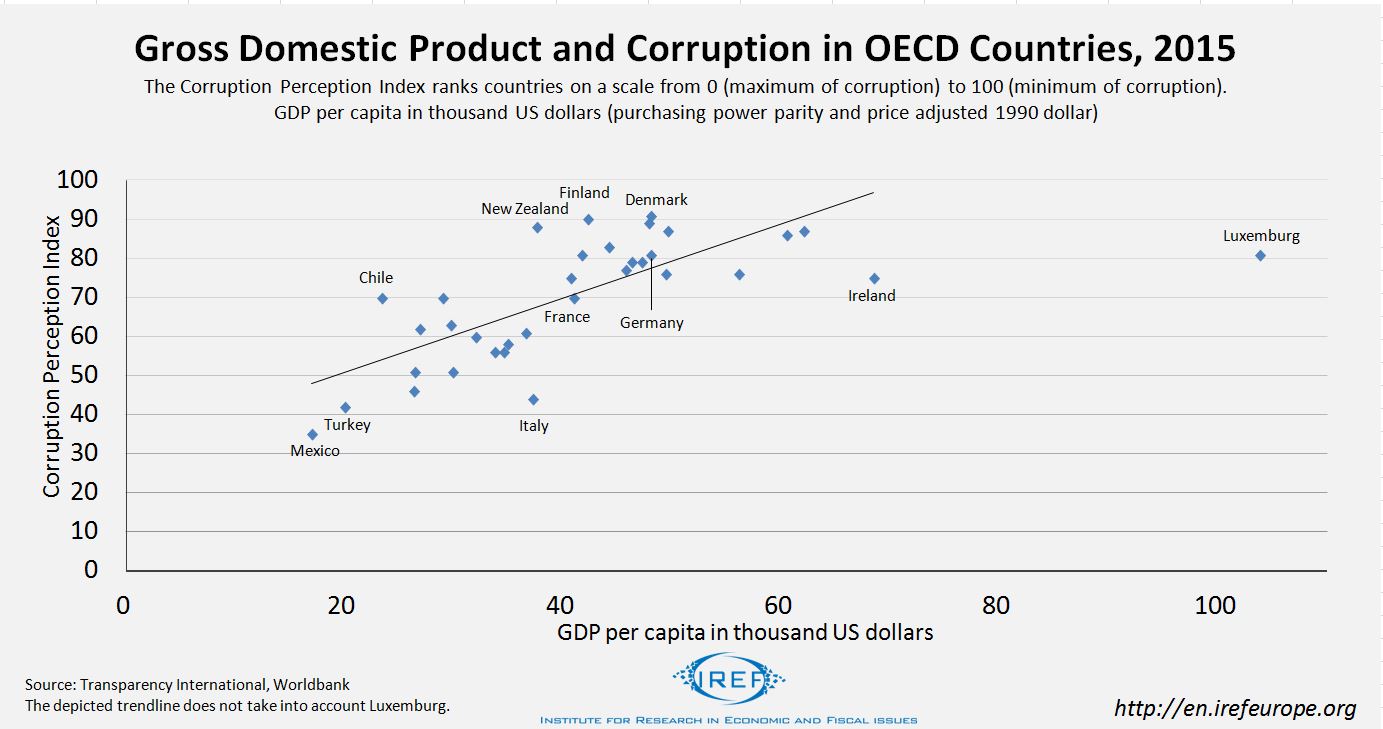 Socialisation enforces Collaboration Norms
Experiments and everyday experiences confirm that internalised norms lead many people to a compliant behaviour even in situations where they do not have to be afraid of sanctions or a loss of reputation: They return surplus change at a restaurant, truthfully report unobserved dice scores in a laboratory and pay for a snack despite the absence of any potential witnesses who could watch them stealing it.

Furthermore, there are indicators suggesting that the environment in which people are socialised has a significant impact on the extent and character of the internalised norms. People raised in cooperation promoting societies internalise the rules for a harmonious co-existence and adhere to them even in the absence of a threat of sanctions. People raised in societies characterised by regular violations of rules, on the other hand, internalise norms which are counterproductive for a harmonious co-existence – hence, they regard corruption, undue political advantage and violence as legitimate tools.

A fragile Equilibrium
However, the fact that growing up in a cooperation promoting society leads to internalising cooperation promoting norms does not mean that these norms cannot be eroded. Experiments show that people reduce their willingness to cooperate if they observe other people in their social environment doing the same. If some individuals start to break the rules – for whatever reasons – it can lead to a cascade effect and result in social imbalances in which the rules for a harmonious co-existence are no longer respected.

The behaviour of role models is particularly important. Their behaviour can influence the behaviour of others significantly. When role models flout rules without having to fear any sanctions the willingness to cooperate of all other members of the society can be undermined. These role models can be family members, social authorities, successful businesspeople and politicians.

Bad Role Models: Politicians with a weak Awareness of Rules
Politicians in western societies are usually not exhibiting a high level of corruption or criminal offences – they are subject to the same sanctions as other members of the society. However, there is an increasingly strong impression of politicians flouting supranational rules implemented by themselves.

After the outbreak of the financial crisis many EU countries, including Germany, provided emergency funds to other member states – despite the no-bailout clause which rules out a collective warranty in the EU for a nation’s government debt. The Maastricht criteria – once established as the fundamental basis for the European Community – have lost any credibility after numerous inconsequential violations. Two years after the start of the refugee crisis the Dublin Regulation for the legal competence for asylum applications is de-facto disregarded despite it still being formally binding.

Limited Availability of Sanctions
Sets of rules are not disregarded for no reason – in the short run the approach might provide some advantages by preventing painful insolvencies, postponing unpopular reductions of debt or avoiding unwanted press pictures. However, in the long-run the violations of existing rules favour not just the delay of necessary reforms but probably also undermine the people’s willingness to cooperate as they observe top-level politicians suspending even written rules.

Why are rule flouting politicians not sanctioned more heavily? One reason for this is that many people are willing to tolerate the arbitrariness of politicians as long as they agree with the pursued objective. But even if voters do not appreciate the behaviour of their representatives, their options are limited: An election every four to five years where only a handful of candidates are available to choose from does not provide the tool to deliberately sanction certain politicians. This differentiates politicians i.e. from businesspeople who can be prosecuted or shunned by potential business partners if they break an agreement and thus have a strong incentive to adhere to the written and unwritten rules.

Taking Long-Run Costs seriously
The long-run costs of politicians breaching the rules are possibly significantly underestimated. The accompanying consequences such as policy uncertainties and the delay of reforms are discussed regularly. However, far less attention has so far been payed to the potential negative effects on the willingness to cooperate of all members of the society.

As much as people in successful societies benefit massively from voluntary cooperation, they can suffer as much if their willingness to cooperate wanes. Possible long-run consequences of this sort deserve more attention by the voters as they have the potential to erode the foundations of successful societies. Only if voters are aware of these potential consequences do politicians have a stronger incentive to abide rules even if in their opinion noble objectives could justify a violation of those rules.

This article is a translation of an original piece published on our German site and available at http://de.irefeurope.org/Regelmissachtende-Politiker-und-Kooperationsbereitschaft,a1214 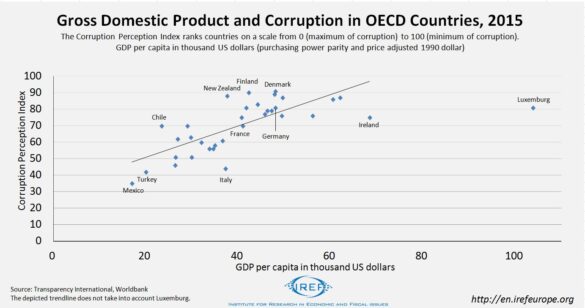 White paper on the future of the EU.