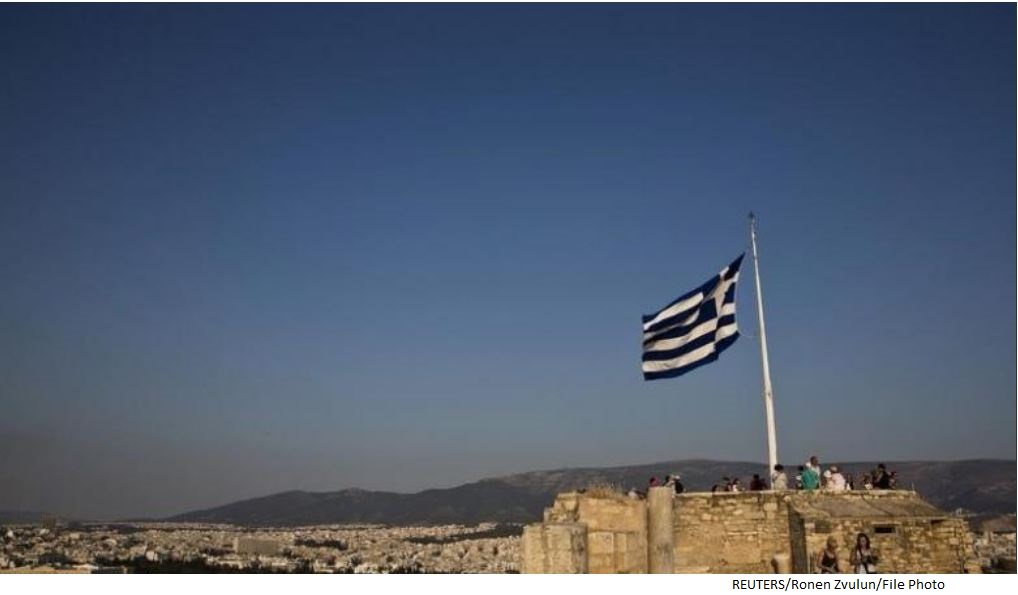 Greece is in dire need of structural reforms, both in terms of public finances and real economy. Privatizations, especially if accompanied by appropriate liberalization policies, can improve the efficiency and profitability of a sector and can contribute to the economic success of a country. It is essential, however, that public assets are transferred to investors who are committed to the business and the country. If Greece wants to attract forward-looking investors and demand a fair price for its assets, it is essential to show a real and credible commitment to reforming the economy.

The bailout deal
Greece has reached a preliminary deal with its international creditors on the reforms needed to release the next installment of its multi-billion-dollar bailout. This agreement should pave the way for long-awaited debt relief talks. The Greek government has agreed to further cut pensions, by 0.9% on average, and lower the tax threshold to produce savings worth 2% of GDP. Earlier in May, Greece also promised to take on another $3.8bn in budget cuts by 2020.

More austerity, privatizations and energy market reforms remain critical elements of Greece’s bailout deal. Behind the call for privatization there is the idea that private interests and entrepreneurship could consistently improve efficiency in sectors where public ownership has proven ineffective and, sometimes, disastrous.

Greek privatizations
The privatizations imposed to Greece by supranational organizations like the International Monetary Fund, OECD, World Bank, European Central Bank, and European Commission, risk to be distorted to be a tool for the seizure of public property by international private capital. Indeed,

Over the past seven years, Greece has had to privatize important parts of its infrastructure – ports, airports, marinas and waterworks – in exchange for billions of euros in loans. Among them, a €1.2bn concession agreement with Germany’s Fraport to operate 14 regional airports and the €370m sale of a controlling stake in Athens’ port of Piraeus to the China Cosco Shipping group.

Agreeing to these privatizations has unlocked large amounts of money loaned to Greece. However, 90% of the money loaned has almost immediately left Greece to be transferred to banks located in Paris or Berlin. Privatizations will not help the Greek economy if only a tiny amount of money stays in the economy to foster growth and development.

International lenders recently reneged on a 2015 bailout deal by trying to force the sale of Greece’s main electricity utility Public Power Corp (PPC). The state controls 51% of PPC and the company controls about 90% of the Greek retail electricity market and 60% of its wholesale market. Under terms of 2015 bailout deal, PPC is obliged to reduce both to less than 50% by 2020. Now, however, lenders want Greece to sell up to 40% of PPC’s coal-fired production.

The recently formed privatization superfund, the Hellenic Company of Assets and Participations (HCAP), will take control of large state-owned companies and other assets for 99 years. In addition to the two water utilities, the first company to be transferred to the new fund will be PPC, followed by the Attica metro company, which operates the Athens subway system, and Elbo, a small arms manufacturer. The HCAP is fully controlled by the European Stability Mechanism (ESM) and the European Commission, on the pretext of the failure of the current privatization agency, the Hellenic Asset Development Fund.

A short-sighted approach may be lethal for Greece
We believe that loans (past and present) must be repaid and Greece’s finances and economic policies will need to be, for quite some time, under the magnifying glass of the EU. It is also understandable that international lenders may require Greece to continue facing painful sacrifices. This is actually unavoidable, since Greece decided not to apply for (at least partial) bankruptcy. Given the situation and the lack of a pro-active inclination of Greece to reform the economy and public finances, it is indeed inevitable that painful policies will continue to be imposed by lenders.

The way Europe is dealing with Greece appears to be, however, rather myopic. Leaving aside social and political repercussions of some of the policies imposed to Greece so far, it seems apparent that the Greek economy is crippled and clearly unable to repay the debts accumulated. This is clear to investors and it is reflected in the market prices of Greek assets.

Efforts to privatize the Greek economy will not produce any real economic improvement, if not accompanied by credible plans of investment and modernization. In these conditions, privatizations are taking the form of a fire-sale that certainly cannot contribute to the economic sustainability of Greece. Effectively, Greece is asked to sell assets to take more debt (undersigned by European taxpayers) in order to repay previous debts with international banks.

We would like to see a more forward-looking approach by the EU and international lenders. They may even consider revising some reforms in order to ensure the long-run sustainability of previous critical measures. But Greece needs to show a real and pragmatic commitment to reforming its economy, including following a path of privatizations and liberalizations. The country needs to credibly start taking responsibility, if it does not want painful economic choices to be imposed by international organizations. Sadly, this does not seem to be currently the case and it may not end well both for Greece and for European taxpayers.