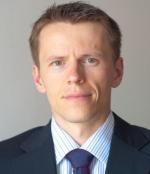 In Slovakia, the economic growth has been one of the strongest in the EU over the period 2004-2008 and it came with soaring tax revenues. This growth itself was the by-product of several important reforms, especially the tax reform. It was based on real investments, not on speculation on real estate markets or inflated construction sector. After the 2008 crisis, the relatively low Slovak debt of 35.4% GDP does not attract as much attention as countries around the Mediterranean Sea or Ireland.

Nevertheless, the 7.9% deficit of Slovak public finance system in 2009 is really puzzling: how is that possible that a strong growth of economy and tax revenues can turn so quickly into gigantic public deficit even though Slovak government didn’t need to spend a cent to rescue financial sector?