Copyright 2022 IREF Europe
Home » The tax cap about to be abandoned in France?
Online Articles

The tax cap about to be abandoned in France? 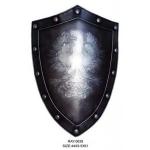 Traditionally in France the rich are suspected to be responsible for every bad thing happening within the economy. The current crisis is no exception to the rule and many voices are heard saying that the rich should pay more taxes to redeem themselves from their sins that brought the crisis.

Former financial minister Eric Woerth set the fashion when he revealed last August that he was in possession of a list of 3000 bank accounts that French citizens opened in Swiss banks. Many individuals on the list would have allegedly hidden their revenues in Swiss banks to avoid paying taxes in France. The almighty government nicely invited them to denounce themselves “spontaneously” before the end of 2009. In the meantime, however, the media revealed that the list had been stolen from HSBC’s database by a former employee of the bank. Not so high and mighty!

In the same vein the socialists are now reappraising the tax cap—or “tax shield”—set by Sarkozy in 2007. This disposal was meant to prevent taxpayers to spend more than 50% of their revenues to pay for direct taxes (top marginal rate for personal income taxation is at 40%). Actually the disposal is not a new one; it existed before 2007, but its upper bound used to be set at 85%. Still, according to the socialist leaders who are not known to understand neither the causes nor the consequences of the crisis, it is about time to have the rich pay for what they did.

The new Finance minister, François Baroin, disclosed last week data on the beneficiaries of the accused tax cap. It shows that 16 500 taxpayers have benefited from the measure in 2009, costing to the State some € 586 million in lost tax revenue. Somehow surprisingly, 53% of the beneficiaries are not subject to the wealth tax—yes, France still has a wealth tax!–that is to say, they don’t have that much assets, not even a nice dwelling (you start paying wealth tax as soon as you have assets above € 790 000). The socialists are, however, pointing out that those 53% to benefit from the tax cap contribute only to 0.8% of the total amount of tax restituted by the State. They also note that 63% of the reimbursement is going to only 1000 people. According to them, this is sufficient proof that the tax cap is source of social injustice and should therefore be repealed.

But this is looking at only one side of the story. What the socialists forget to add is that, absent the tax cap, the wealth tax in France would be confiscatory. It would represent 115% of their income for the 10 biggest taxpayers, 130% for the next 100 and 103% for the following1000. Probably it is just, in socialists’ eyes, to have such high taxes that individuals must, not only give up all their income but also sell part of their assets to pay them.

To call for the removal of the tax cap is not only to be blind—or to ignore what does not fit the story. It is also to be naïve. High fiscal burden has caused a fiscal exodus which has been estimated between € 200 and € 400 billion. True, the correlation with the tax cap is to be proven, but in 2007, for the first time, the number of departures slows down (-15%) and more taxpayers have decided to return to France (+9%). Keeping in mind that, together with taxpayers’ money often goes entrepreneurial spirit, the price to pay “to punish” the wealthy is likely to be high. Don’t bite the hand that feeds!

What France needs to get rid off is the wealth tax; not the tax cap which is just short-term therapy for a real sickness that deserve another approach.

The American stock market index grew up with 69%