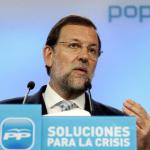 As is publicly known, Mariano Rajoy, leader of the Spanish Partido Popular, recently became president of the Spanish government. Mr. Rajoy is poised to introduce new measures needed by the Spanish economy in order to, in first instance, stop the bleeding (in general terms, but in particular regarding unemployment rates), and subsequently, to initiate a new positive trend for the country, as a relevant part integrated in the European Union economy.? ? Among the urgent measures, those related to taxation are essential to achieve a balanced economy.

Tax reforms are urgent from a double perspective: First, some changes are required in certain taxes in order to incentivize business activity and increase hiring rates. Second, regarding procedures, some changes are needed to improve the relationship between tax authorities and taxpayers.? ?Also, as a general guideline, we emphasize that any changes proposed should carry some legal certainty so as to promote confidence among investors, both national and foreign.

We have seen in the past years various tax measures (1) which had little or no positive impact neither for the targeted entities nor for the pubic treasury. Instead, it created uncertainty over future Spanish tax regulations, thus likely scaring off investors. In this sense, we cannot but criticize the first, and so far only, tax measure approved by the new government, which is to increase Personal Income tax rates (top marginal tax rate has increased by 7 percentage points). Although aimed to cover part of the budget deficit (and this is why the measure is expected to be effective only during years 2012 and 2013), this increase will have other effects, such as a reduction of the saving rates and a reduction of private consumption.? ?

Pursuant to the above referred general principles, there are several tax measures that could be appropriate for Spain right now.? ?As far as corporate income tax is concerned, it is important to simplify the tax, eliminate deductions and tax credits for specific activities (while keeping and reinforcing those measures aimed at avoiding double taxation, which are necessary) and reduce the tax rate from 30 to 20 per cent irrespective of the taxable base. Those issues are essential to incentivize the creation of new companies.? ?

There are also important reforms to introduce regarding transfer pricing rules. Spain has sometimes delayed implementation of key rules, but when it finally did it, it was among the strictest ones. Spanish regulations on transfer pricing are among the toughest when it comes to define the perimeter of the transactions affected by these provisions as well as in terms of valuation and documentation obligations. This, added to the fact that the public bodies in charge of the application of these rules are still within the learning process for a correct application, generates a scenario where the obligations for the taxpayer are extremely burdensome. We propose to revisit these regulations in order to have efficient measures that prevent the abuse on related transactions (which unfairly erode the taxable corporate base in Spain), but without imposing an extra burden on small and medium size companies.? ?

Some changes in Value Added Tax are also necessary. From a procedural point of view, an amendment to the VAT Law to allow taxpayers not to pay the input VAT to the tax authorities until they have effectively collected the tax from their clients is key in reducing the risk that taxpayers facing cash constraints will be forced into bankruptcy. Also in the field of VAT, the taxation of the transfer of real estate properties should be simplified.? ?

Last but not least, the tax on transfer of real estate entities should be modified. Although the transfer of shares is, as a general rule, exempt from taxation, a Transfer Tax would be triggered if the purchaser acquires, directly or indirectly, control (majority of the share capital) over a real estate company (defined as an entity whose Spanish real estate properties represent, at market value, more than 50 percent of the total assets of the company). This provision was originally conceived as an anti-abuse rule for cases where the seller of a property (subject to taxes) contributed the asset to the share capital of a company for the subsequent transfer of the shares (under a much cheaper structure). However, nowadays, the Transfer Tax is triggered automatically, without taking into account the intention of the parties in the relevant transaction. The provisions should be modified in order to exclude from its scope the transfer of ongoing business (irrespective of the relevance of properties in their balance sheet, and think about entities involved in the exploitation of hospitals, amusement parks, education centres, etc…). The applicable tax does not have to be a Transfer Tax in all the cases. Instead, the transfer could be subject to Value Added Tax, which, if the purchaser is a VAT payer, does not represent an additional unfair tax burden.? ?

The other group of measures that, we believe, must be implemented includes measures concerning the relationship between the Tax Authorities (or Courts) and the Spanish citizens (seen as taxpayers). It may seem that these measures are not as relevant as the one described above, but they can make public administration more efficient and resolve controversies with citizens in a much cheaper and faster way. There must be a penalty for those tax inspectors that challenge (without any legal reason and basically driven by the higher bonus to be received as a consequence of the tax reassessment issued) the position applied and supported by the taxpayer through solid grounds, and which interpretation is finally confirmed by the relevant court.? ?With the same purpose (i.e. increase the efficiency of tax resolution), it might be appropriate to create courts specialized in tax issues. There is a clear demand by the experts on this field to have interlocutors within the courts that are specialized in tax law and that understand that any given interpretation and application of tax laws does not have to be automatically linked to tax fraud.? ?

In our view, the measures described above, or similar ones, should be studied by Mr. Rajoy and his economic team as a matter of urgency, given that the sooner these measures are taken, the quicker they can have an impact on the Spanish economy (2).

José María Abad is Economist at the Institute for Economic Policy in Leipzig, Germany, and advisor on Iberia to the Research division of Unicredit in London (jose.abad@uni-leipzig.de).

Javier Hernández Galante is a lawyer and Senior Associate of the Madrid Tax Department of Ashurst LLP (javierhernandez.galante@ashurst.com).

See other publications of the authors on the following links:

1. e.g. reducing VAT rate for supplies of real estate properties made by promoters that took place in the last semester of year 2011, limiting the possibility to offset carried forward losses, generated in previous years, with profits obtained in 2011 and 2012, etc…

2. The above listed measures are described in more detail in a Policy Brief published by the Institute for Economic Policy at the University of Leipzig, Germany.

France is going one step further with the Tobin tax project