What’s the Matter With the French Banks? 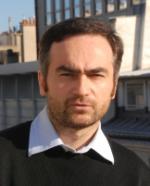 The French bank BNP Paribas published a disclaimer to this article signed by our Director of development Nicolas Lecaussin and published in the Wall Street Journal. The paper is mentioning the difficulties of some of the French banks, including BNP.

The fact that Nicolas Lecaussin turns to be right was confirmed last week by the downgrading of the note of two of the major French banks, Société Générale and Crédit Agricole by Moody’s and the BNP Paribas was kept on review for a possible downgrade.

“We can no longer borrow dollars. U.S. money-market funds are not lending to us anymore,” a bank executive for BNP Paribas, who declines to be named, told me last week. “Since we don’t have access to dollars anymore, we’re creating a market in euros. This is a first. . . . we hope it will work, otherwise the downward spiral will be hell. We will no longer be trusted at all and no one will lend to us anymore.”

He’s not the only one worried. Société Générale has lost 22.5% of its value since the beginning of the summer. In early September, BNP released a statement—in English, which is highly unusual—explaining that it has abundant dollar liquidity and that BNP has nothing to worry about, unlike other banks. France’s three biggest banks have been the subject of whisper campaigns about their solvency throughout the summer.

On the surface at least, the concerns are hardly groundless. BNP, Société Générale and Crédit Agricole together hold nearly $57 billion in Greek sovereign and private debt, versus $34 billion held by the largest German banks and $14 billion at British banks. And then there is Spain and Italy. French banks held more than €140 billion in total Spanish debt and almost €400 billion in Italian debt as of December, according to the latest figures from the Bank for International Settlements. If either of these governments were to default on their debts, their banking systems could collapse and take the French system along with them. BNP, Société Générale and Credit Agricole all say that their finances are in order and the market worries are unfounded.

But it’s difficult for the BNP executive to hide his concern. “Look at the French banks’ debt holdings versus those of U.S. banks,” he continues. “The total debt of the three big U.S. banks (Bank of America, JP Morgan and Citigroup) is $5.86 trillion, or 39% of GDP, while the debts of BNP, Crédit Agricole and Société Générale come to €4.7 trillion, or 250% of French GDP.”

Now that the situation is bordering on catastrophe, analysts are suggesting that the government is set to start nationalizing France’s banks. The banks have remained silent on the matter, and the government denies this talk. That’s just as well—the last time the French state intervened in the banking system in a big way, the results were disastrous. As recently as the 1980s, most French banks were owned by the state, and by the 1990s the sector was bordering on bankruptcy. The size of the French banking sector shrank by nearly 50% during the decade, while the banking sectors in other countries such as Britain and the U.S. grew by 39% and 50%, respectively.

The most famous case of that time was that of Crédit Lyonnais, which was plagued by mismanagement throughout the 1980s and 1990s until it shifted its debts and liabilities into a new state-owned company, the Consortium de Réalisation. In 2003 Crédit Lyonnais was taken over by Crédit Agricole, but in July 2008 its bills came due anyway. An arbitration court ordered the Consortium de Réalisation to pay €240 million to the liquidators of the Bernard Tapie group, along with €105 million in interest and €45 million in moral damages—so, a total of €395 million for just one erstwhile borrower. Meanwhile, the SdBO (Western Bank Corporation), a subsidiary of Crédit Lyonnais, lent sums to the Tapie family that added up to more than two-and-a-half times the bank’s total capital. French taxpayers later had to cover these sums, following protracted legal proceedings. All told, Frenchmen paid out more than €15 billion for the mismanagement of Crédit Lyonnais over the years.

Then there was the case of French mortgage lender Crédit Foncier, whose taxpayer-backed losses came to €2 billion. The Hervet bank (now part of the HSBC group) announced the first losses in its history after its 1982 nationalization. The International Bank for West Africa (BIAO) was on the verge of default in 1988 when it was taken over by BNP.

These and other disasters were brought on by the bank nationalizations of the early 1980s. But the subsequent privatizations have not done much to radically change the composition of French banks’ boards. They are still dominated by the alumni of France’s famous ENA, the Ecole Nationale d’Administration, and by officials who have worked at the Ministry of Finance.

The revolving door between the government and the banks is a particularly French one. A study by the Management Institute at the Université de La Rochelle finds that between 1995 and 2004, banks that were administered by government-linked technocrats were in greater total debt than those that were not.

Whether the market’s worst fears are realized or not, French banks certainly maintain an all too close relationship to the state. This opaque system doesn’t offer outsiders much visibility, save for the knowledge that indebted banks and an indebted French state intend to continue to cover each other, no matter the cost and on taxpayers’ backs if they must. If U.S. money-market managers no longer trust the French system, this is a glaring reason why. The fastest way to regain their trust would be to end this system.

Following this publication, BNP Paribas requested that the French equivalent of the SEC, the Autorité des Marchés Financiers, “open an investigation into the publication of erroneous information about its funding in dollars in an article in the Opinions section of the Wall Street Journal.” You can read here the editorial from September 16, explaining the position of the journal.