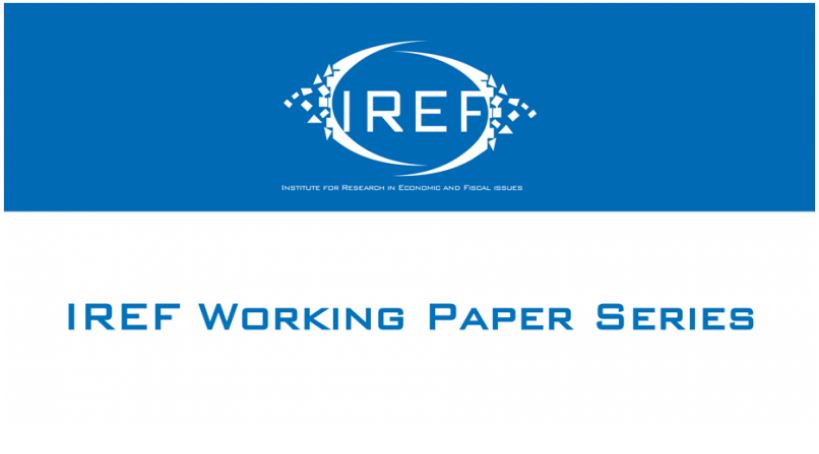 WP 2017-05. Executive summary. Discussions on the optimal level of government intervention in the economy have become very intense in recent years, especially following the 2008 financial and economic crisis. The hardships produced by this temporal economic downturn have led to some very heated debates among the economics profession on how much government should intervene in the economy to offset the negative effects for income and unemployment. Some prominent voices, such as Krugman (2012), or Piketty (2014), have recently argued for much more active government, postulating that current public sector size, or regulatory activity, are insufficient to overcome the long-term effects of what has also become known as the Great Recession. Large increases in government spending were precisely the initial reaction to the 2008 crisis followed by practically all affected high-income countries, according to recent findings. In an attempt to offset the expansionary increase in government spending though, many OECD governments shortly afterwards designed deficit reduction policies that had exactly the opposite objective, namely to diminish the weight of the public sector in economic activity once again. As this concrete example highlights, the question whether crisis-driven increases in government size and regulation become permanent, whether they are purely temporary, or whether perhaps the overall effect is even negative, is a highly relevant and very contemporary question in economic policy. Previous studies argue that economic crises may lead to more interventionist policies and bigger governments, but also cause deregulation and reductions of public sector size. Interestingly, the empirical evidence from cross-country studies on crisis and government size is equally mixed as the theoretical literature, with some authors finding that crises cause governments to tighten the interventionist grip on the economy, and others concluding that they are used as moments in which deregulation and less interventionist policy can be implemented. Given previous findings, our paper introduces an important innovation that has not been empirically tested in the existing literature. First, we argue that while economic crises do represent politically critical junctures and history will thus partly determine the political reaction, it is also a moment where more substantial change is possible, and whether or not governments implement more or less interventionist policies will depend on their core political ideology. Theoretically, the extent of stabilization policies undertaken should heavily depend on the political ideology of present authorities, due to the fact that views of government intervention and the market economy differ greatly across the ideological policy spectrum. Second, we argue that a transitional gains trap, as well as the democratic political dynamics of rent-seeking and lobbyism by interest groups, may prevent crisis policies from being rolled back when the crisis is over. Employing a panel of 68 countries with Western political institutions observed between 1975 and 2010, we find that crises in general cause more interventionist policies when countries have centrist or left-wing governments. We find that crises in general cause more interventionist policies when countries have left-wing governments. These generate larger increases in the size of government, which appear mainly to be driven by surges in government final consumption and government transfers and subsidies. Likewise, socialist governments also increase economic regulation to a significant degree, while conservative or other right-wing governments seem to refrain from doing so. Finally, we encounter that more severe economic crises create stronger incentives for policymakers of all political ideologies to relax constraints on government spending and augment the regulatory activities of government, but these tendencies remain much stronger for left-leaning governments. Interestingly, we find absolutely no evidence at all for heterogeneous policy reversals as a crisis reaction, meaning that all following increases in the size and scope of government present a somewhat permanent component, regardless of the political ideology of the incumbent government. It seems as if economic crisis acts as an event that permanently relaxes the ordinary political constraints on government, which especially left-wing administrations are prone to momentarily use to maximize government budgets and introduce tighter regulations on markets. Conversely, right-wing administrations tend not to reduce the size of government on their next ascent to power, thereby effectively creating policy ratchets. Roll backs of the public sector thus only seem to be possible during extended phases of economic growth. To download the paper, please click on the icon below. Wp 2017-05