Copyright 2022 IREF Europe
Home » Struggling with or against the welfare state?
914 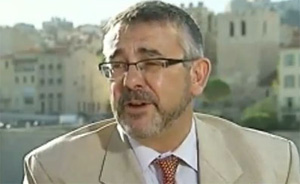 What comes out from the reading of the contributions to this new edition of the Yearbook on taxation in Europe is, as usual, that European countries vary greatly in their fiscal and budgetary policies. Some states are nearing bankruptcy while others can display rather healthy financial statements. But all of them, surely to various extents, are struggling with the welfare state.

The battle is a tough one because the danger is not well identified: no government in Europe openly makes the claim that we went too far in developing a welfare state, that it is time to roll it back and to return to private initiative much of what has been entrusted to the State during the past decades. Instead, most countries are trying to get out of financial troubles with a subtle balance between spending cuts and tax hikes, and whenever a tax cut is voted it almost inevitably comes with “compensations” for the State’s budget in the forms of reduced tax exemptions or other tax base broadening. In short, governments still behave as if the current difficulties were a byproduct of some external shock such as the financial crisis. Not a problem with previous political choices. The bad news is that this will not be sufficient as the recent experience of Italy shows: the “technical government” of Mister Monti was not successful, neither on the political front nor on the economic front.

In this rather moribund environment, the healthiest countries, those who do better than average, do not appreciate outside pressures coming from the EU, the OECD or the US. Reports from Luxembourg, Switzerland, and Ireland or, to a certain extent, Estonia, Bulgaria or Sweden speak in that sense. Sweden, for instance, rejects a European tax on financial transaction that it has implemented in the past and quickly abolished due to disastrous effects. Switzerland continues painful negotiations with its European trade partners with a feeling of exasperation and worries about its future. The same exasperation is found in Luxembourg’s report: Luxembourg, often pointed out as “a tax haven” while its average tax burden is at 37.2% and that pay a high price to comply with the US imposed FATCA (Foreign Account Tax Compliance Act). Bulgaria is very satisfied with its 10% flat tax and worried that this will be judged unbearable by powerful member states with huge fiscal burden.

If one looks now for some common trends in taxation throughout Europe we find confirmation of an old tendency to substitute consumption taxes for direct income tax. In many places, VAT rates and excise duties (gas, alcohol, tobacco…) have been increased in 2012 while income tax rates (both personal and corporate) were rather on the decline. With the exception, however, of a few countries such as France, where the actual government was elected with the promise to “make the rich pay for the crisis”. But even there, the move is more ideological than substantial. Another common feature of taxation in Europe is that times of crisis are bad news for pension reforms. Indeed, in some countries the second pillar of the pension system has been weakened, often to rescue the first, pay-as-you-go State pillar.

Still another lesson we can draw from those reports is that tax rates give only a poor idea of the fiscal policies followed by the respective governments. As a matter of fact, most tax reforms involve both, a change in rate and a change in base. If the changes in rates are summarized in the country profile cards to be found at en.irefeurope.org , the reading of the full report brings a much better perception of what actually changed in those 29 countries in 2012 and beginning of 2013.

The overall impression is that in most European countries the battle is still directed towards saving the Welfare State. This results in high fiscal pressure, ailing public finance and low or now growth. And it will still be that way as long as the welfare state as we know it will not be perceived as the source of the problem.