The European Union has been hard at work attempting to harmonise national markets in an effort to build a competitive and innovative Digital Single Market by reducing the ability for individual member states to develop cumbersome barriers to market entry. One of the flagship proposals of the Commission last year was to standardise terms for spectrum licenses auctioned by national governments, so that companies could make longer term investments into future technologies. Despite the efforts currently being made by the EU, if the bloc aims to remain competitive, it should move to embrace full property rights in spectrum licenses.

Wireless technologies are becoming increasingly central to economic life, from cell phones to connected devices through the Internet of Things, the demand for spectrum in the transmission of wireless broadband has increased. Electromagnetic spectrum is the range of frequencies of electromagnetic radiation, a specific subset of which are called “radio waves”, through which broadband is transmitted. Along with internet, television broadcasting is also transmitted through part of the same range of frequencies, which resulted the 700MHz frequency being reallocated across Europe to mobile broadband to the chagrin of broadcasters. The current licensing system the EU uses grants it the authority not only to decide which companies are allowed to participate in auctions, but also for which technologies the spectrum is allowed to be used.

The EU has made reform in telecommunications regulation a priority as it has fallen significantly behind China and the United States in updating its infrastructure to be ready for 5G, the latest and fastest iteration of broadband connectivity. In a report by GSMA Intelligence from March 2018, it was predicted that by 2025, only 31% of Europeans will have 5G connections compared to 49% of Americans. 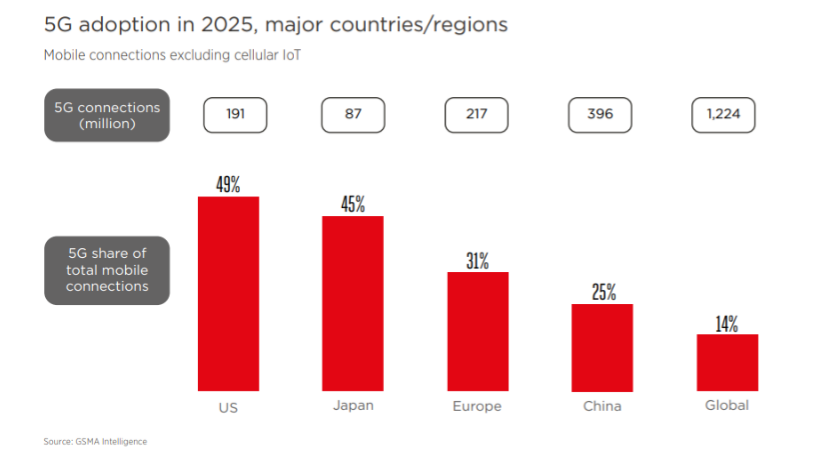 The increased speeds that 5G brings about are essential for enabling a range of quality of life improving innovations that require high speeds: for example, the roll out of autonomous vehicles, telemedicine, and smart cities. As 5G provides a base upon which these technologies can evolve, all predicted to make significant economic impact, falling behind in development presents a major challenge to European competitiveness going forward.

During the deliberation with the European Commission, industry experts claimed that 25 year spectrum licenses standardised across the EU would mean that they would be able to make larger investments today in bringing 5G technologies to Europe, allowing them the stability across the region to expect investments to pay off. Numerous EU member states, most notably Germany and Italy, pushed back on standardisation of licenses, eventually leading to a compromise in which the spectrum licenses have been standardised at minimum 20 year leases across the EU. This is shorter than the time needed to ensure large 5G investments today will become profitable.

The actions taken by the EU thus far are not making strides towards increasing investment and innovation. National telecommunications markets are still highly fragmented despite desires to build a Digital Single Market. Competition policy is routinely used to prevent cross-border mergers between telecommunications firms, limiting the Europe wide investment that would be possible from greater synergies. Industry leaders have also criticised the nature of some of the Commission’s regulations, which specify highly particular technologies, such as ITS-G5 for autonomous vehicles, which is leading to fear of regulatory lock-in, reducing the investment incentive in coming up with new and improved techniques.

The largest barrier to European investment in 5G, however, remains the lack of property rights in spectrum, an essential prerequisite for investment and allocative efficiency in broadband. The EU has been working for years to limit the powers of national governments to charge high prices to firms for the right to operate on national grids, or erect barriers that prioritise incumbent telecommunications operators, most of whom remain partially state-owned. The concession made in the most recent reforms to have 20 year minimums on spectrum licenses when auctioned goes against the spirit of the improvements made so far.

Insecurity of property rights has long been shown to limit the reallocation of spectrum to where it is most highly valued. This is because national governments use a variety of techniques to artificially inflate prices above the true market value of the spectrum. These include limiting the amount of frequencies they auction off even if more is available, setting high reserve prices to discourage auction participation by smaller firms, and onerous award rules that tie operators to government oversight throughout the entire license period. These have led to significant inefficiencies in the European telecommunications market.

Whereas longer and standardised licensing terms allow firms to make better investment decisions, only property rights can ensure that spectrum is allocated correctly. Property rights would enable spectrum owners to use the frequency how they please, without having governments stipulate whether they should be exclusively used for broadcast or broadband, thereby allowing consumer demand, rather than bureaucrats, dictate where spectrum is allocated. Property rights also enable the operation of secondary markets in spectrum, where a firm can auction off the exclusive rights to a frequency if market conditions change, ensuring constant reallocation without interventions by the state. Moving towards a property rights regime in spectrum would go a long way in resolving the problems that are preventing 5G development in the EU, and would ensure that there is no lock-in to a technology that will eventually become outdated.

In the days before broadband, when spectrum was allocated mainly for radio and television, Nobel Prize-winning economist Ronald Coase proposed the importance of property rights in spectrum for ensuring that quality service was provided to consumers at low prices. While initially a conclusion that confounded the economics community, it has since become the standard view of the economics profession that property rights in spectrum is the most efficient means of encouraging investment. The EU would be wise to make more daring reforms in telecommunications if it is to remain competitive in the global economy of tomorrow. 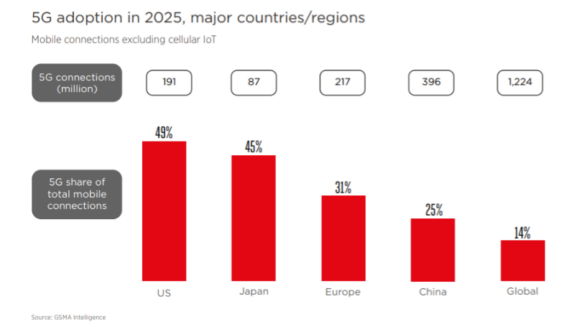