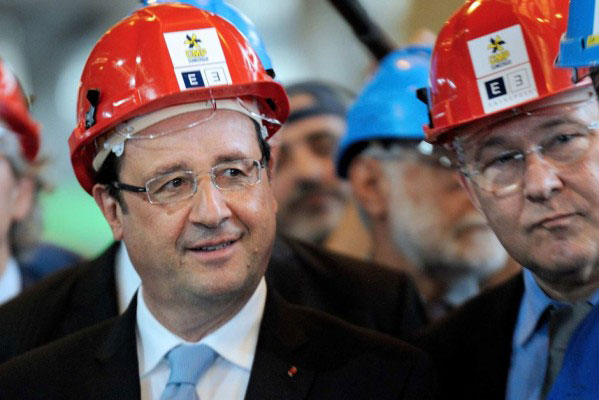 “The youth is the utmost priority of my mandate”. Thus spoke François Hollande on January 23, 2013, when wishing a happy new year 2013. “Happy” may not have been the right term, “subsidized” should have been better. Indeed, when saying that 500 000 young people below 25 years-old do not have a job, that 25% of them are unemployed, the French President does not think that entrepreneurship is the solution. On the contrary, for him the Government must spend more money to help create jobs. And President Hollande is generous with public money: no less than 5 billion euros will be wasted on inefficient job policies!

President Hollande has created no less than three types of subsidized jobs:

The “ emplois d’avenir ” – i.e “jobs with a future” – should create 100 000 jobs and cost 1.5 billion euros to the French taxpayers. These contracts are intended to be used mainly by local governments or subsidized organizations. The youth would be employed in order to work with civil servants. On July 1st, 33 000 of these contracts have been signed in the last six months mainly in the public administration of the National Education and other local governments. It is a significant raise of public sector jobs that does not bring any added value to the economy but instead hampers it.

The “ contrat de generation ” – i-e “generation contract” – should create 500 000 jobs and cost 2.5 billion euros to the French taxpayers. The idea is to hire a young person that would be trained by a worker that should leave for retirement. No numbers were given as of today, but the efficiency of this subsidized contract is highly questioned by private companies and HR managers.

The “ emplois franc ” – i.e “tax free jobs” – should create 150 000 jobs and cost 1 billion euros to the French taxpayers. They have been launched this month by the President and are to be used only by the youth living in economically depressed suburbs where there are a high level of immigrants.

The Government thus hope to create a total of 750 000 jobs using 5 billion euros of public money aiming at reducing unemployment.

Far from bringing a sustainable solution to unemployment and make the best use of public money, these subsidized jobs have the same dreadful effects on the economy: more plunder, more discrimination, more spending, more inefficiency.

Plunder : these jobs rely on the collectivist principle of “redistribution”. Money is taken to the taxpayers and given to someone else without any return of any kind. It is a loss for the taxpayers and hardly a benefit to the one who has such a precarious job.

Discrimination : these jobs are intended to be used only by a defined category of young people, mainly those who have no diploma, who live in difficult areas. The others who have studied and are living in middle class areas, for instance, are as hit by unemployment, but are not a Government priority and do not receive an equal treatment because they are not in the right category.

Spending : all these subsidized jobs are managed by a public administration that must be created, maintained and paid for by taxpayers’ money. As pointed out, that is 5 billion euros spent on Government programs that could have been left to the taxpayers for their own benefit and to be spent in the market.

Inefficient : on the long run, subsidized jobs do not solve unemployment. They are a political pretense for politicians to make believe they can provide solution to something they are unable to fix. In France, it has been more than twenty years that unemployment is above 8.5% and is not changed at all by subsidized job policies.

It must be reminded to the French President and the Government members that in a free market economy only the private sector is able to create lasting jobs that create real value. Jobs are a question of business, not of Government intervention.