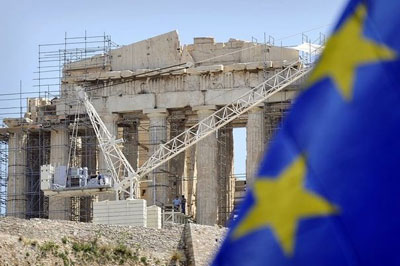 “There will have to be another program in Greece,” German Finance Minister Wolfgang Schäuble said bluntly on August 20th. The two previous bail-outs amounted to about 240 billion euros but that was not enough. According to the International Monetary Fund, one the Troika member, the estimated uncovered funding needed by Greece for 2014-2015 may amount to 10.9 billion euros.

“In the euro zone, we always said that we would evaluate the Greek situation again at the end of 2014 or in early 2015” said German Chancellor Angela Merkel. Following this schedule, the Troika – the EU, ECB, and IMF – will return this coming fall to Athens to analyze the economic situation and take a decision.

ECB executive board member Joerg Asmussen reminded that the Euro Zone has pledged to support Greece until it can tap markets again. “This is a decision taken in November last year, it is public knowledge, and there’s nothing new and there’s nothing to add,” he said. “If we look at how things unfold, we will know not before spring next year if the country has reached a primary surplus on an annual basis.”

Yet, in this matter of the spending the European citizens’ money, the legitimacy of the Troika can be – must be? – challenged. It must be reminded that when a country is bailed out, it is done with European taxpayers’ money. And as the biggest European economy, German taxpayers’ purses will be heavily plundered since they take the biggest share of the bailouts.

But there is no such thing as European money, as there is no public money as Margaret Thatcher put it in her famous speech of October 14th, 1983. Adapting her quote to our time, it must be pointed out that “ the European Union has no source of money other than money which people earn themselves ”.

Therefore, two issues must be raised:

– 1- On what legitimacy are the Euro Zone’s national Governments using their taxpayers’ money for a non-domestic issue?

Bails out have increased over the last years, and will probably continue and have a direct impact on the European taxpayers’ money. As a consequence, before proceeding to new bail-outs, the Euro Zone must get out of this “Grey Zone” in which it uses the taxpayers’ money without being accountable to them . Otherwise, only distrust toward Governments and divisions among European will grow out of these bail-outs policies.