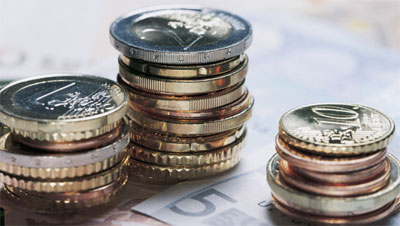 This is the translation of an op-ed published by Jean-Philippe Delsol on August 24th, 2013 in the leading French newspaper “Le Figaro”.

In France, during the last 30 years, social spending went from 21% to 33%. It is the sign of an ever growing Big Government that is out of control and unbearable. Thus, as German Chancellor Angela Merkel pointed out, Europe “gathers 7% of the world population, 20% of the production and 50% of social spending”, and France has the spending leadership. According to the OECD, 60% of France’s spending is made in the social sector, i-e 33% of its GDP whereas Germany is spending 26.2% of its GDP in the social sector, the United Kingdom 23.8% and the OCDE average is at 22.1%.

The French welfare Government has fallen into demagogy, especially before elections, and has thus granted many social privileges. Furthermore, the financing scheme has changed so much that the Government or local governments are now taking care of most of the social spending. Consequently, social insurances are no longer insuring but redistributing.

Employers and employees’ Social Security contributions reached 80% of net wages whereas these contributions do not go over 20% in countries such as Switzerland or England. Employers would like an increase of VAT or of the General Social Contribution (the CSG, one of the social taxes paid by all employees and employers) in order to find 35 billion euros financing family benefits. On the contrary, employees are calling for employers’ contributions increases. The debate on the retirement system is extremely mediocre, stuck between those who wish to raise the required pay-in period to receive a full pension and those who want to raise the retirement age. To stop the Social Security budget’s drifting away, more and more medicine and other benefits are no longer paid for. Yet, nothing can stop this social downfall and the endless increase of social and fiscal contributions.

The only way to stop and decrease social spending is to change our model: social allowances’ beneficiaries must be accountable for their spending. We must go back to the insurance’s basic principle. If, as for cars, all socially insured persons could compare insurers and be interested in control spending, there would not be such a waste of money. And that would not prevent serious and long diseases to be covered as natural disasters are covered by insurers.

Concerning retirement, the only solution lies in making each contributor responsible of his own saving thanks to a per capita system. The solution can be apply since in the OECD, per capita pensions are providing 20% to 30% of the retirement revenues, 10 times more than in France. Reforms implemented in other countries such as Chili, showed that the per capita system’s implementation is possible to the benefit of the insured. Each of them would then choose the length of his contribution period and his contribution rate within the law framework.

Individual responsibility is the path for France to decrease its spending. It must be pointed out that when some countries dramatically reduced their social spending, as Spain, the United Kingdom or Ireland, they began to improve that economic situation. But above all, behaviors would change since a society based on welfare would be transformed on a society based on individual responsibility. This would lead to more personal development.