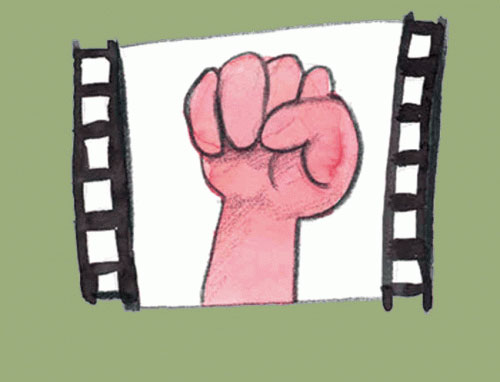 This is the transaltion of an article published by Nicolas Lecaussin on August 14th, 2013

What is the common point between Socialists as Claude Bartolone, President of the French National Assembly, Pierre Moscovici, the Finance Minister, MP Jérôme Guedj, Conservatives as Xavier Bertrand, Health minister during the Sarkozy Presidency, Environmentalists as European MP Daniel Cohn-Bendit, Nationalists as Marine Le Pen, President of the National Front and her speaker Florian Philippot, and the leftist review “Marianne”? Well, there are all anti free trade! All of them have found the perfect solution to the devastating economic crisis: more Government intervention, less economic freedom.

The review “Marianne” has fought against what was called “Sarkozy’s neo free trade” and wishes now to be a leader in fighting the “spreading neo-free trade”. In front of the “pancapitalism that is enchaining workers to financial speculation and to an oppressing imperialism focusing only on profits, Marianne will put forth humanism and morale that are needed for civilization”… “Against the destruction of the social achievements and benefits caused by free trade competition, Marianne will look for the redefinition of a society able to include all of its members in a fair redistribution pact of the profits of growth and production”… “against the countryless and wild capitalism’s horror that crushes souls and hearts, Marianne will look for the gathering of the victims who are conscious of this horror “… “and that implies the refusal of all neofascisms, neointegrisms and neostalinisms along with the refusal of conservatism”… It should be clear that neo free trade = neostalinism = neofascim. Yet, inspite of this anti free trade program, capitalist advertisements (Volvo, Opel, Toyota…) were inserted in the review. Anti free trade meets its limits when concerning its own bank account.

Daniel Cohn-Bendit, vice-president of the Environmentalists in the European Parliament, and Pierre Moscovici, French Minister of Finance, are calling for more Government intervention into the economy, at both the European level for the former and at the Nations level for the latter.

Xavier Bertrand, who was Minister of Health and Labor as well as still being a Conservative MP from the UMP (Sarkozy’s party) took position against the Transaltantic Free Trade Treaty since it is “ a trap for Europe and France”. He wants “regulation and norms before to sign it” otherwise the treaty will be “a threat for our factories and our social and cultural models.”

The President of National Assembly, Socialist Claude Bartolone, has also identified the true causes of the economic crisis in France as well as in Europe. He claimed that the President of the European Commission, Jose Manuel Barroso, is a “casting mistake”. According to Bartolone, “Barroso represents a Europe that no longer fits the present world. He represents the 20th century Europe, the one of free trade, the one of free flow of goods and money, the one of the forced march toward austerity. Barroso does not represent the 21st century Europe that gives more protection and is more worried about growth and employment”. It must be acknowledged that since she is focusing on protection, growth and employment, Europe has collapsed into economic crisis and mass unemployment…

When extreme-right nationalist Florian Philippot, speaker and communication director of the “Front National” is facing Socialist MP Jérôme Guedj on a prime time talk show, it becomes very clear why anti free trade ideas are popular in France. These two politicians are civil servants by trade and they are actually sharing the same ideas. For them, France is the victim of globalization and desindustrialization, it needs more Government intervention. Extreme-right Philippot denounced the “ultra capitalist Europe” that does not take into account the interests of nations. It is exactly what the Socialist Minister of Industry Arnaud Montebourg said the day before. And Marine Le Pen declared that the real problem was not Barroso, “but the ultracapitalist and European policy of the Government”.

Barroso criticized the Socialist French Government and pointed out that it was isolated and promoted old ideas. He was wrong. The Socialists are not the only one: all French political parties are deep into anti free trade ideas.