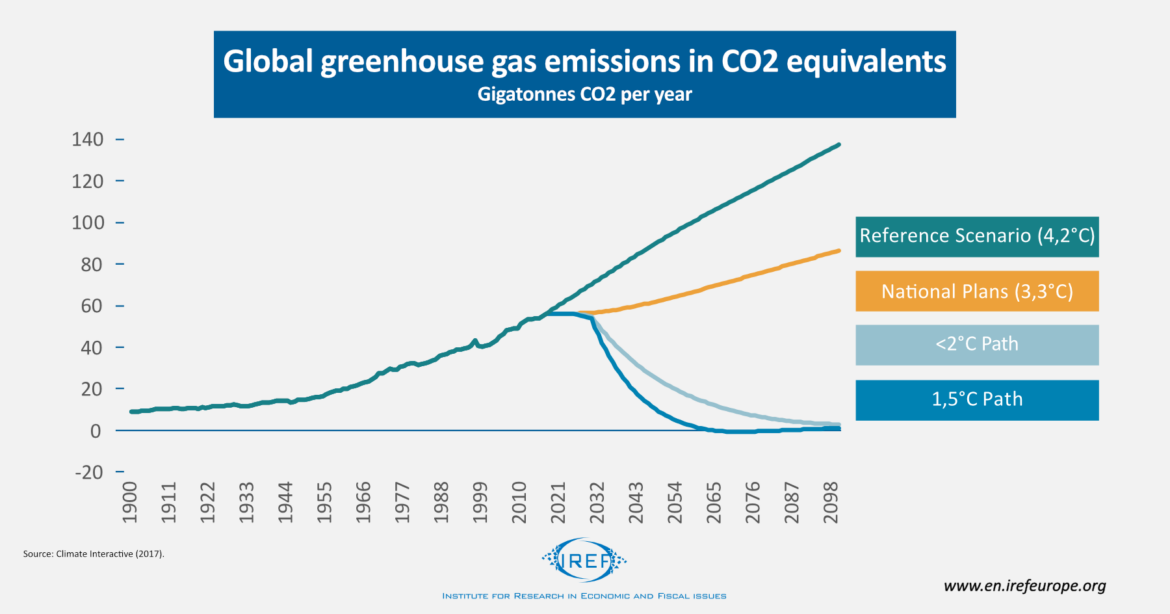 Climate scientists warn against the possible consequences of anthropogenic climate change. Rising average temperatures make extreme weather, including draughts and floods, more likely; rising sea levels threaten populations in coastal regions. An international political agreement was to limit global warming to an average of 2°C until 2100; this was tightened to 1.5°C at the Climate Change Conference in Paris. It is questionable, however, whether the climate targets will be met. Considering today’s prospects, it is about time to not only cut emissions but to also discuss ways of dealing with the consequences of climate change.

Beyond emissions trading systems, markets play an important role in this regard: they can make it significantly easier to adapt to climate change. Price signals hint at necessary adjustments, international trade opportunities make changes in production structures less painful, developed financial markets help handling risk. Moreover, market economies promote prosperity, which facilitates the use of resources and technology in an effort to cope with the effects of climate change.

The protesting students of Friday for Future emphasise that the world is unlikely to meet the self-imposed climate targets. Emissions would have to stop increasing, and their current levels would have to be reduced significantly. This is illustrated by simulations, such as that developed at the MIT, which the US delegates have used at climate summits and which is now freely available online. According to this model, the average temperatures will increase by more than 4°C by 2100 if no measures are taken. 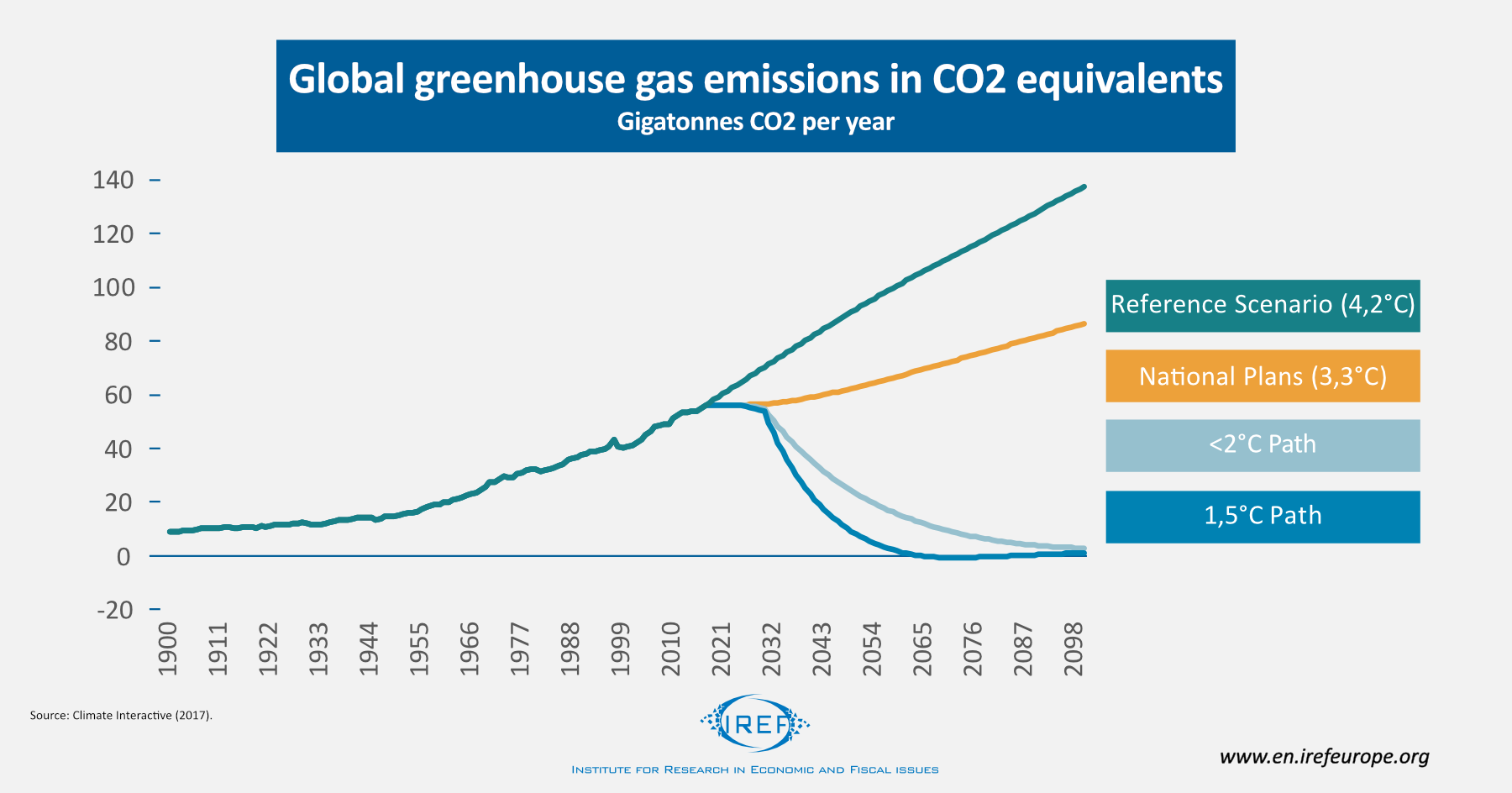 To reach the 2°C target, emissions within the EU should drop 3.7% a year until 2030, and over 5% annually until the end of the century. Similar magnitudes apply to other industrialised countries, like the US, where emissions should decline by 4.1% annually until 2030, and by over 5% annually until 2050. In China, emissions should reach their maximum in 2030, followed by an annual reduction of 3.4% until 2050, and of 4% (annually) in the decades that follow. As a comparison, the benchmark scenario predicts that China’s emissions will increase annually by over 2% until 2050. Finally, in order to reach the 2°C target, developing countries would have to reduce their emissions annually by 3% starting in 2030. To reach the 1.5% goal, reductions would have to be much stronger, including worldwide negative net emissions.

Prospects and limited successes of past climate summits have shown that the achievement of self-imposed targets is far from secure. It is therefore advisable to also examine strategies designed to adjust to the changing climate. The features of a free market economy can play a crucial role in this respect.

A competitive market economy creates incentives for an early adaptation to new conditions. If the demand for products or the production costs change because of climate change, prices and profits will respond. If companies or whole industries face little or no competition, for example due to state monopoly, fixed prices, tariff or non-tariff trade barriers, necessary adjustments might be delayed or missed-out completely.

Climate change can hit some regions so deeply that their current economic activity will become unattractive, and resources will not be employed as before. Higher average temperatures, for instance, can make farming more difficult.

Access to (international) trading partners can help people in these regions. Troubled countries can start producing goods and services which are less dependent on adverse climate conditions. Changing production structures is less painful because trading partners can supply them with the goods that are no longer produced locally. The more diverse a region’s trading partners, the easier the transition will be.

Highly developed markets can also provide mechanisms to cope with the physical damage caused by climate change. Losses provoked by extreme weather conditions can be alleviated through insurance. It is unproblematic in Germany to buy insurance against accidents provoked by storms. If insurance companies are then also able to reinsure themselves internationally, the risks will be spread out even more evenly.

The precondition for effective adjustment is prosperity, which is highly correlated with economic freedom. If the economy prospers, additional resources can be devoted to the development of modern technologies, which can help mitigate the consequences of climate change. The Netherlands and Israel – both prosperous market economies – already demonstrate that modern technology enables countries to react successfully in the presence of adverse climate conditions.

Climate models predict a significant increase of sea levels within this century. Floods could threaten several hundreds of millions of lives. The Netherlands have long used old and new technologies to fight against the threat coming from the sea. Almost a third of the Netherlands today lies below the sea level. This has been possible by extensive flood prevention. The Dutch built a 32km long dyke separating the Zuiderzee, today’s Ijsselmeer, from the North Sea in order to offer protection in case of storm tides. Furthermore, flexible flood barriers and dam structures are also available, such as the Delta Works.

Israel is facing a very different problem: water shortage. The country leads the development and usage of modern seawater desalination plants. Until a few years ago, such plants were considered energy guzzlers. Indeed, plants that bring water to high temperature in order to separate water and salt require about 90 kWh of electricity and heat to generate one cubic metre of drinking water. However, modern plants use a different principle. High-pressured water goes through membranes, and the salt is filtered out. These plants are significantly more efficient and only need 4 kWh of electricity per cubic meter of drinkable water. By now, 75% of Israeli tap water comes from desalination plants. Not only does Israel turn seawater into drinking water, but it also recycles water and reuses it in agriculture. About 86% of household sewage water is used in this area.

Market-based reforms as the foundation

The Netherlands and Israel succeeded in adjusting to difficult environmental conditions because their prosperity allowed them to spend many resources in advanced technologies. Prosperity is a product of their market structures that allowed price signals, interaction with international trading partners and insurance markets.

The good news is that market-based reforms do not usually need extra resources. Rather, they improve the utilisation of existing means – examples from the last decades include the Four Asian Tigers (South Korea, Taiwan, Singapore and Hong Kong) and China, as well as the Eastern-European countries after the fall of the Iron Curtain. Therefore, market-based reforms should also be a poor country’s first choice in order to create what it takes to cope with the consequences of climate change. The bad news is that there is no universal recipe for success in the presence of profound changes. Establishing which measures will work and whether they will find sufficient support among influential interest groups depends on the local circumstances. Nevertheless, the last decades give hope – despite all adversities, market-based and democratic structures have made good progress. 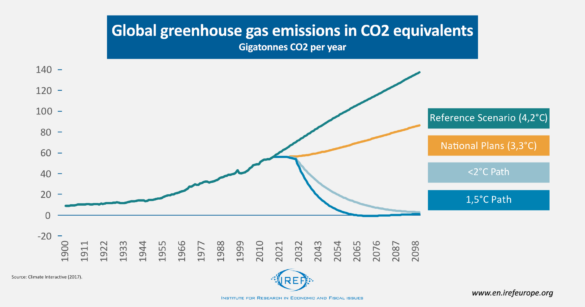