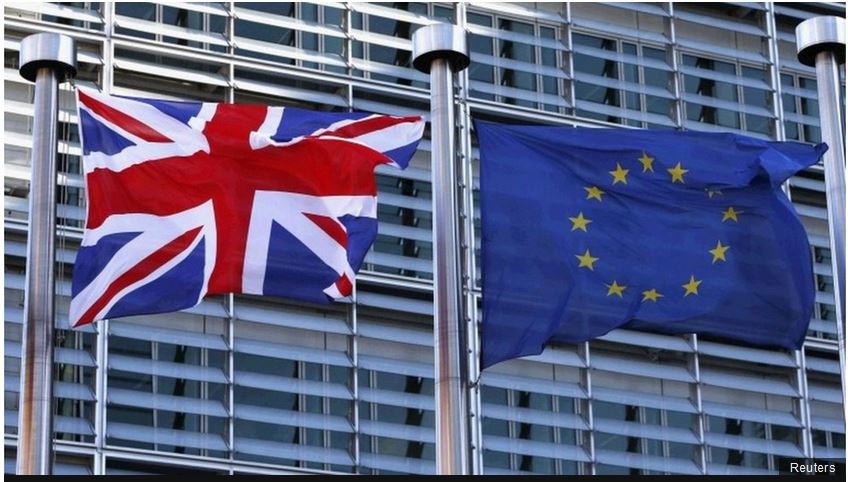 In less than a month, UK voters will be asked to express their intention to leave the EU in a referendum. The UK Prime Minister David Cameroon has strongly argued in favour of staying. However there is disagreement among Conservative MPs, and a few Ministers of his Government have spoken in favour of the Leave EU campaign. It is indeed yet unclear which side is most likely to win and the debate so far has created a climate of uncertainty and confusion.

The debate so far

Not surprisingly, the debate so far has focused around two key issues.
1) The costs of the EU membership. The UK is a net contributor to the EU. The supporters of the Leave campaign argue that the UK pays £350 million a week to stay in the EU and they believe that this money could find better use. Those who want to leave also complain about the heavy regulatory and bureaucratic burdens imposed by the EU on UK business. In addition, some of the supporters of the Leave campaign see the opportunity to tackle migration independently and regain full legislative independence. Supporters of the Stay campaign however point out that UK security has been guaranteed thanks to the European Arrest Warrant and collaboration with other EU countries.
2) The benefits of the EU membership. The main benefit for the UK to be a member of the EU is the access to the largest free single market in the world. Eight of the first 10 trade partners of the UK are EU members and about 85% of the UK trade is based on trade agreements directly negotiated by the EU. Those in favour of leaving the EU point out that it would be impossible to imagine a scenario in which trading agreements were not renegotiated in the event the UK left the EU. What are less clear, however, are the costs and the timing that would be necessary to have such agreements in place. In addition only a WTO membership would not be able to guarantee the benefits of the current European Single market.

Various organizations and experts have attempted to estimate the costs and benefits for the UK to leave the EU. So far the data and forecasts available seem to be mostly supporting the Stay Campaign. According to a study by PWC, leaving the EU would produce a loss of £1000bn and about a million job losses by 2020. The Centre for Economic Performance of the London School of Economics has estimated a 3% reduction in GDP, while the Bank of England has warned against the risks of financial instability. Similarly, large banking groups have highlighted the risk for UK, and in particular London, to lose its position of financial centre. Most recently, President Obama and the OECD have urged UK not to leave the EU.

We believe that there are a few essential issues that need to be carefully considered and discussed.
1) Regulatory burdens are clearly a cost of the EU membership. However it is not obvious that deregulation would necessarily follow Brexit, especially if the Labour party wins the next elections.
2) The Leave campaign says that Brexit means fiscal independence. In fact, the UK was not a member of the Monetary Union and never signed the Fiscal Compact. As a result, it has always enjoyed a considerable level of fiscal independence (except for the VAT regime). The only certain fiscal advantage will regard the EU membership fees, which will be no longer due. Yet, would these savings translate into lower taxation? or will they be used to increase public spending? The latter seems to be more likely. However an interesting side effect of Brexit may be that the debate in favour of fiscal competition will be rekindled all over Europe.
3) Brexit could be followed by a revival of the call for independence of Scotland. The cost of a new campaign, the effects of new negotiations and the potential costs of independence will have to be considered when assessing a Brexit scenario.
4) Those in favour of leaving the EU often propose Norway as an example to follow. If Britain leaves the EU and joins (paying a membership fee) the European Economic Area, it will have access to the single market, with the exception of some financial services, but without suffering from the EU rules in agriculture, fisheries, justice and home affairs. However it is not clear why and how Norway should be comparable to the UK. In particular because of its size, economic potential and political standing, the UK has had the opportunity to influence European decisions from within in a way that Norway would have never attained.

Our opinion is that the main (and certain) cost of Brexit is the political and economic uncertainty, both in UK and in the rest of the EU, that would follow. It is not possible to assess how long it would take to the UK to renegotiate trading agreements. It looks like that in the attempt to acquire a small increase of fiscal and legislative independence the UK has started a process that will have negative effects on its economy.

The sector of delivery services and the privatization of Royal Mail