The sector of delivery services and the privatization of Royal Mail 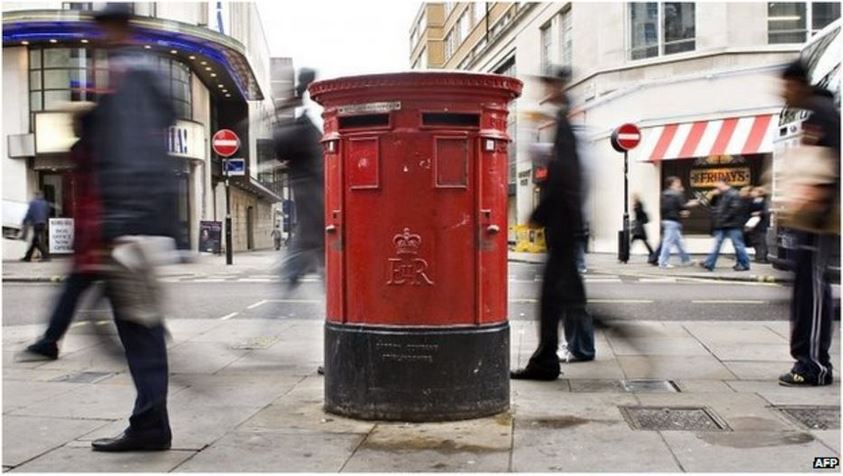 2016 is going to be a crucial year for Royal Mail, RM, the 500 year old British postal operator whose privatization process (started in October 2013) was finally completed in October 2015. In a broad sense, it is a decisive time for the entire sector of delivery services in Great Britain. The sector can be divided in two segments: the growing and competitive parcel delivery segment, boosted by the growth of e-commerce, and the declining segment of letter delivery.

Challenges in a growing and competitive parcel delivery segment

Royal Mail controls more than one-third of the about £9bn UK parcels market. Christmas 2015 marked an unprecedented performance in this segment of activity: 6% more parcels compared to December 2014. Moreover, the company not only registered a “better than expected” performance of General Logistics Systems – its European parcels business -, where sales rose by 10%, but, more importantly, obtained a rise by 2% in 2015 in parcel deliveries in UK (the domestic market accounts for more than 80% of both revenue and profit of Royal Mail).
Since the beginning of the privatization process, RM has modernized its systems and slimmed down the workforce. Even if costs have been reduced and market shares protected (the consulting firm Apex Insight however suggests Royal Mail could have lost ground to rivals in 2015 due to the inability to exploit a 6% expansion in the UK parcels market last year), it is a matter of fact that the postal operator has been coming under increasing competitive pressure in the growing UK parcels market. Some of RM’s biggest competitors (e.g. DPD, Hermes) have been: (i) heavily investing in infrastructures, building vast warehouses equipped with state of the art technology; (ii) enlarging vehicle fleets and recruiting drivers. And they are gaining ground: revenues at DPD rose from £417m in 2010 to £945m last year, and are expected to top £1bn in 2016. The e-commerce giant Amazon is investing in the UK parcels market, too. This is good news for UK consumers. The market is competitive, innovative and growing. If supported by careful and targeted investments, RM has the opportunity to continue to be a key player in this market. However, its performance in the letter delivery segment will be crucial.

The declining sector of letters delivery

RM is facing a steadily declining (4%-6% reduction per year) letters delivery segment. Letter delivery has been increasingly replaced by the use of internet and emails (e.g. utilities companies, banks and public administration are now using internet to keep in contact with customers). In addition hanging over RM is a review by Ofcom (the industry regulator). This originated by a complaint brought to Ofcom by one of RM’s competitors, Whistl UK, dating back to 10 January 2014. Whistl UK complained about the increase in prices charged by RM for bulk mail delivery services known as ‘access services’ (i.e. enabling other postal operators to hand over letters previously collected by Royal Mail from large business customers). Whistl eventually left the “direct delivery” market in June 2015. The expected effects of a potential fine following a negative review by Ofcom have been affecting the value of the share of RM. This climate of uncertainty has also slowed down RM’s modernization process and reduced its competitiveness. On top of this, Ofcom is also considering to impose forms of price regulation for access services of letter delivery.

It seems apparent that the privatization of RM has been so far only partially successful. The firm seems moving in the right direction (at least in terms of cost containment and modernization of parcel delivery systems), but the universal letter delivery mandate, the decline of the letter delivery segment and the uncertainty created by pending regulator’s decisions compromise any chances of a successful performance. A universal delivery system mandated to a profit maximizing firm is unlikely to be sustainable.
A bold way forward would be to accept that imposing a universal public service in a declining segment to a private provider may be unfeasible, nor desirable, especially if the firm has the possibility to thrive in another market. The presence of international competitors that have decided to significantly commit to the UK market undertaking vast investments in the logistic/parcel delivery segment may actually be beneficial, if the letter delivery segment were open and attractive to them. A necessary condition to establish credible competition in the letter delivery segment is that antitrust decisions should be quick and effective and regulatory intervention kept to a minimum.
Another solution, that would of course signify the failure of the privatization, would be to transfer the universal service mandate to a publicly owned, directly regulated firm. We believe that this solution would be economically inefficient and unfair. The costs of providing a universal service in a segment that is steadily declining would be passed to taxpayers (who have already seen the State shares of RM be sold at rather low prices in the market during the privatization process), essentially overturning the desired effects of the privatization of RM in terms of public finance. It would be rather preferable and more efficient if more efforts were instead directed to the improvement of the internet network in the country.