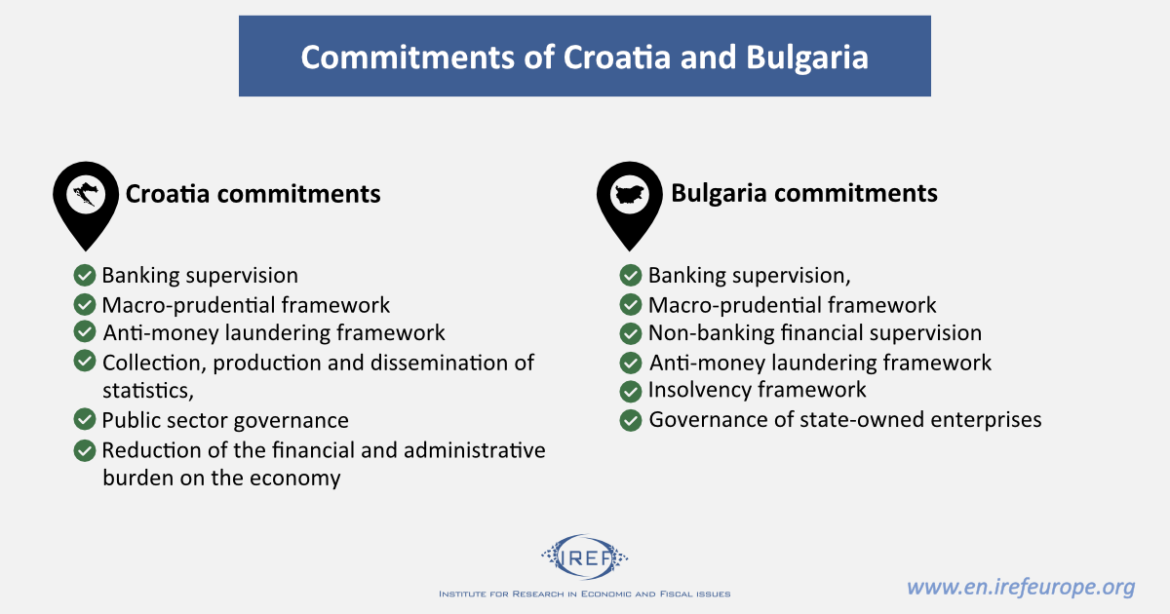 While Europe’s GDP declines (12.1% in the Eurozone and 11.9% in the EU) and the debate on the EU next 7-year budget becomes heated, the relations between specific countries and the EU went largely unnoticed. The fact in point is that on July 10, the ECB welcomed Bulgaria and Croatia to the ERM2, aka as “the Euro’s Waiting room”.

These are the only two countries that applied to join the Mechanism since the last enlargement of ERM2 in 2004-2005. Mr. Andrea Enria, the head of ECB Supervision, claimed that “this marks an important milestone in the history of the banking union, as it extends its span beyond members of the euro area.” By contrast, the Czech Republic, Denmark, Hungary, Poland, Romania and Sweden had chosen to wait outside the “waiting room”, although they could and can join the Zone with only minor reforms in the area of financial and supervisory regulation.

Bulgaria’s decision to apply was taken after tacit but strong hesitation; Croatia had only minor doubts. In both countries, the authorities presented this move as an opportunity to engage in necessary reforms, and the obvious follow-up to the currency board (in Bulgaria).

The countries differ in their exchange rate regimes. The Bulgarian Lev (BGN) exchange rate to the Euro has been 1.95 since 1997, when the Bulgarian National Bank (BNB) opted for a currency board, and the BGN was fixed to the DM. The Croatian kuna (HRK) floats around 7.53 to the euro within the standard band of (±) 15%. The commitments of both countries represent a real life test of the role of “Additional Factors” used now to assess whether a country is ready for the Euro. 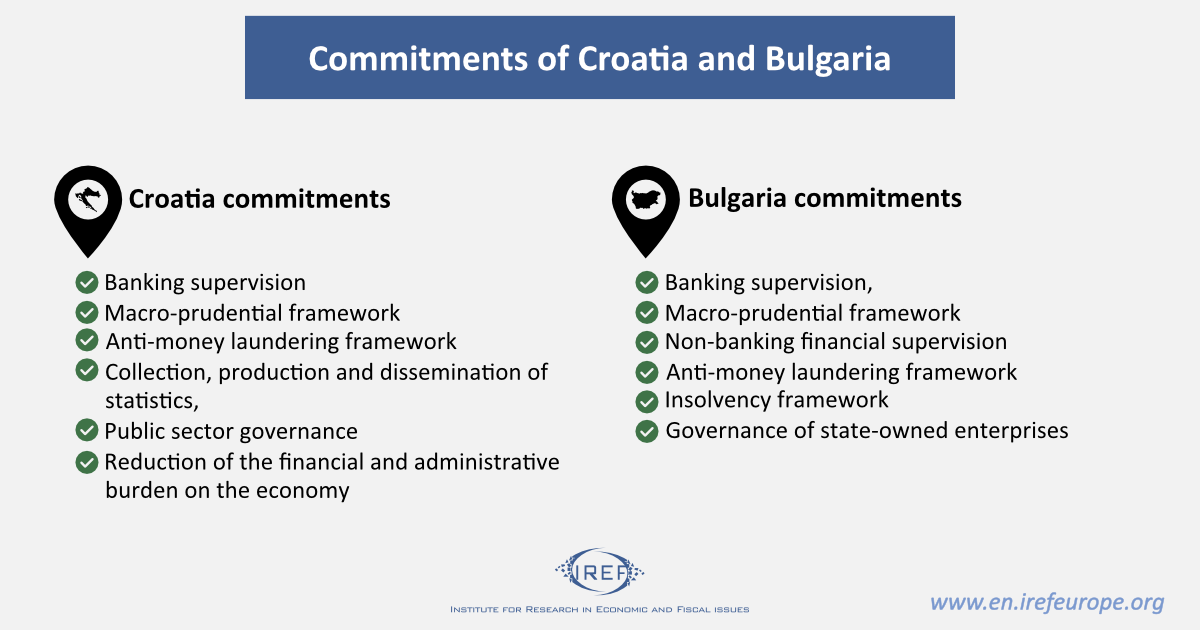 According to the EU reports, Croatia is the only non-Euro country with a fully satisfactory central- bank framework. Moreover, the Croatian central bank has taken steps against money laundering and corruption. By contrast, the judgment on Bulgaria is mixed. The EU authorities fear that the flow of information between the executive branch and the central bank might be distorted by political pressures; and claim that “actions need to be designed and implemented to deliver an effective application of the anti-money laundering framework by obliged entities”. Bulgaria also needs to improve its non-banking financial supervision. This is an old story and relates to the fact that three Bulgarian motor insurers’ constantly fail to cover damages abroad; one of those companies is responsible for more than 90% of the cases. But the EU authorities remain optimistic. According to the ECB, “Bulgaria will also continue implementing the extensive reforms carried out in the judiciary and in the fight against corruption and organized crime in Bulgaria, in light of their importance for the stability and the integrity of the financial system.”

Bank supervision in Croatia and Bulgaria also present some differences. The latest EBRD banking sector survey (2017) concluded that “banks are competitive but courts are slow”. In regard to Bulgaria, the EBRD’s end-of-2019 Diagnostic stated: “The regulatory and supervisory framework follows EU rules, but implementation could be stronger”. Both countries passed ECB’s Asset Quality Reviews (AQRs). Croatia went through with flying colours. However, the AQR of the six largest Bulgarian banks (three of which locally owned) drew attention to capital shortfalls. In two cases, raising fresh capital became a pre-condition to join ERM2. The smaller bank reacted by raising the needed capital with no major difficulties. The Bulgarian authorities, however, raised all sorts of problems when the larger bank tried to raise capital from private investors. In the end, the government stepped in and in June 2020 bought a minority share in the bank.

Public finance is another troubled area, where Croatia is in a worse position than Bulgaria. In Croatia, the 2020 budget deficit is expected to be 7.1% of GDP, government spending about 53.4% of GDP (interest payments amount to 2.1% of GDP), and the gross debt-to-GDP ratio 88.6% (it was less than 75% in 2017-2018). Although Bulgaria does not meet the inflation criteria, it is the only EU country with a budget deficit below 3%. Government expenditure is 42% of GDP (interest payments account for 0.6%), and the gross debt-to-GDP ratio is 25.5% of GDP (it has always been below 30% during the last ten years).

If one reads the classic Euro-convergence criteria (price stability and exchange rate stability, sound public finances, and long-term interest rates) as “macro” and the additional policy factors as “prudential”, both countries’ longing to join the Euro prove that these sets of criteria have interchangeable weights and significance, depending on interpretation.

This is probably a good thing, if national politicians have little intention to deal away with the current weak points, say Bulgaria’s corruption or Croatia’s public finance. The problem is that in neither case the Commission or the ECB have incentives and tools to make a difference without national cooperation. Commissioner Valdis Dombrovskis told the public that both nations can adopt the Euro in January 2024, if “working to fulfill the Maastricht criteria”, i.e. the macro and measurable convergence.

It is not clear whether Bulgaria and Croatia ERM2 entry witnesses to the attractiveness and the strength of the Euro. Yet, the EU countries outside the Euro zone are not eager to join, and they might be right. 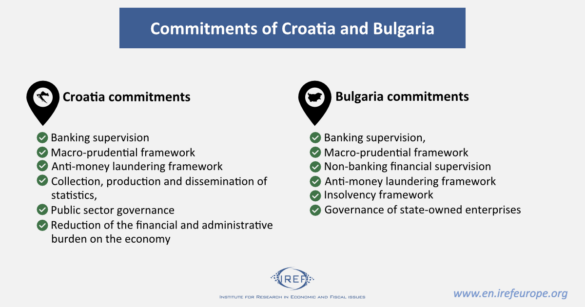