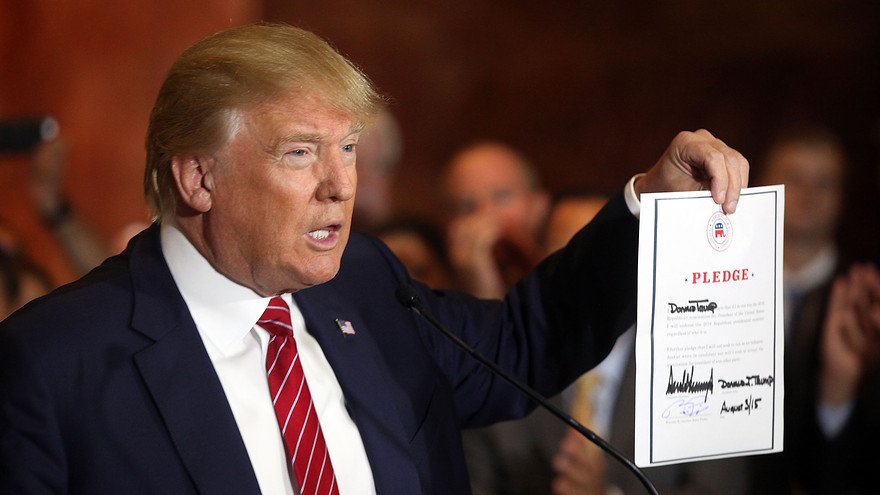 The US economy has for years suffered because of its corporate tax rate, which has sat consistently among the world’s highest at 35%. In attempts to escape this punitive rate, US companies such as Apple have relocated their headquarters to countries like Ireland, who have seized the opportunity to attract foreign capital by lowering their own rates. During his presidential campaign, then-candidate Trump made the “repatriation” of these companies a pillar of his campaign, and his newly passed tax reform seems poised to deliver on those promises.

While the bill would have been even more helpful to the economy if accompanied by an equivalent cut in spending, the benefits of the Tax Cut and Jobs Act are sure to be profound. The cuts to individual rates, while temporary and small, are laudable, but the cut of the corporate tax rate to a comparatively low 21% is the real star of this reform. Because taxes are costs, their shrinkage will render US-based firms immediately more productive, spurring investment, boosting wages, and increasing the value of capital, as can be seen in the recent surge in equities. Crucially, firms which have fled abroad will consider re-shoring, especially due to the one-time tax rate of 12% being offered to them for doing so.

Trump’s tax cuts will have a noticeable effect also on the rest of the world and, of course, Europe will be affected too. The US government has sent a clear message to both European individuals and corporations. For firms who are currently charged corporate taxes of 33% in France and 30% in Germany, America has become an attractive alternative.

In Germany, this message has caught on already. The Zentrum für Europäische Wirtschaftsforschung (ZEW), one of the biggest economic research institutes in the country, released a study in December.

“Following the reform, the effective tax burden on firms in the US will be lower than in Germany and close to the EU average. This tax cut […] will also alter the incentives for international investment, with the US becoming an even more attractive investment location for European companies after the reform is implemented.”

“the new German government would be well advised to develop a strategy for increasing Germany’s competitiveness when it comes to taxation.”

It didn’t take long for politicians to respond. The conservative CSU, currently involved in negotiations for a new coalition with its sister party CDU and the social democratic SPD, announced two weeks ago that the future German government should cut corporate taxes as well (admittedly with a close to zero chance of actually happening).

“Our response to the U.S. tax reform must be a triad of planning certainty, tax cuts and an improvement of depreciation conditions.”

No wonder, considering a United Kingdom leaving the EU has begun a rollback of taxes, and if politically feasible, even Emmanuel Macron in France could follow, as the Focus reports.

Thus, the US tax reforms show the benefits of tax competition. Just like competition in the private sector, competition between governments can improve living conditions for all. If capital is free to cross political borders, as it should be, entrepreneurs will naturally seek environments which best allow them to meet consumer needs and earn a profit. When a nation adopts pro-market policies and entrepreneurs flock there in response, the rest of the world’s governments are incentivised to do the same or face a shrinking tax base. Good government begets good government, and the benefits of Trump’s policy could spread internationally.

The fact that tax competition seems to be on the rise again can only be good news for Europeans. The EU has led a battle against it for years, with high-tax countries like Germany and France attempting to impose their tax rates upon all other member states. This could be interpreted as part of an effort to stop their citizens and companies from moving to low-tax countries like Ireland or non-EU Switzerland.

Moreover, the EU’s proposed tax harmonisation encourages poor fiscal policy. If successful, the efforts to harmonise European corporate tax will likely lead to a rise in rates in many countries, destroying incentives to improve their legislation. Harmonisation promotes a fiscal policy which would dampen productivity and investment, and lower living standards compared to what would exist in freer markets.

As Barbara Kolm and Federico Fernández from the Austrian Economics Center wrote, “national jurisdictions should be left alone to compete with each other and try different systems.”

Through tax competition, Donald Trump could be the catalyst that makes Europe more competitive. The US president seems to have found his legislative groove. Let’s hope European leaders and Brussels will, too.