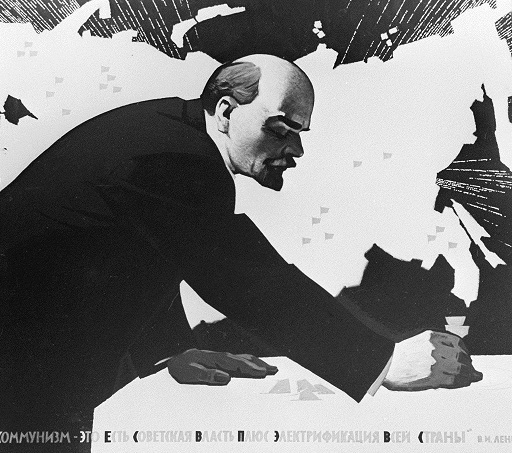 EU governments are increasingly subsidising electric plug-in cars. Many countries have “five year action plans” to electrify their roads, using tax money. Environmental benefits will actually decrease with e-car proliferation, and the governments are forcing us to pay for something we may soon not want. 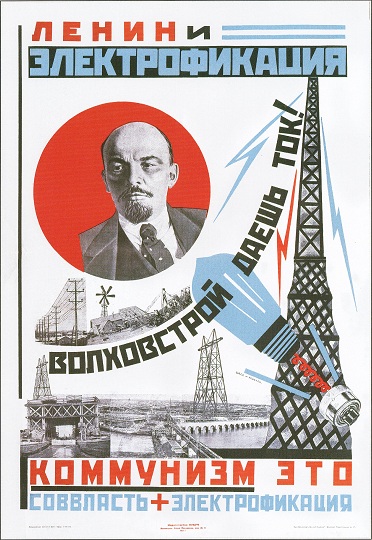 “Communism is Soviet power plus the electrification of the whole country.” These immortal words of Vladimir Lenin from November 21, 1920 summarise the GOELRO plan, sometimes called the 0th five-year plan. GOELRO was Soviet Union’s State Commission for Electrification of Russia (GOsudarstvennaya komisia po ELektrifikacii ROssii). The plan was to spread electricity throughout the country. This was supposed to change the character of the economy.

Almost a hundred years later, many EU governments have now their own GOELRO plans, only this time it seems to stand for GOvernmental ELectrification of ROads. But the goals remain pretty much the same. Instead of the government putting electricity into homes and factories, the governments now are planning to put electricity into every parking lot. Perhaps a less ambitiously sounding plan, but one which is still supposed to change the character of the economy. 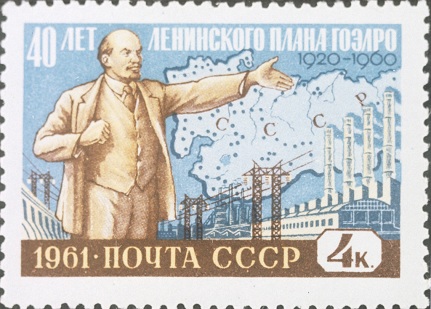 All EU governments are currently offering subsidies to electric car owners. Usually this takes form of an exemption for a tax liability. Sometimes this may be relatively trivial, especially when the exempted road tax is otherwise levied only on cars owned by companies. But many countries offer actual cash, usually around €5,000 euros, for purchasing a new electric car. The most generous in this regard is the French government who in the summer of 2012 increased its subsidy to €7,000.

Last autumn this was slightly reduced to €6,300, but a new increase is on the horizon. Marie-Ségolène Royal, French minister for ecology, sustainable development and energy, now has a Bill in the Parliament to add another €10,000 (!) to the existing subsidy. All you have to do is to scrap an existing diesel car and buy an electric. This would bring down the actual after-subsidy costs of ordinary electric cars down to around €8,000, on par with fossil fuel cars.

In addition to problems with subsidising electric cars which we’ll turn to below, linking the subsidy to a scrappage clause suffers from the same problems as all cash-for-clunkers schemes, recently so popular among EU governments (after heavy lobbying from car manufacturers). Since there are always plenty of old cars hardly driven (and hardly polluting) available for purchase for the purpose of scrapping, such schemes do little to aid the environment. And above all, since when has it become ecological to waste all that energy to manufacture a new car only to replace a working old car capable of serving its owner without having to be built from scratch?! How much do governments believe old cars to be driven, if their net greater running pollution is to cover the pollution created in the production of a new car, before it even makes its first mile?

Scrap your bike, get an electric car.

Amsterdam is world-renowned for its enormous bicycle use. Bikes are ultimate eco-vehicles for cities, achieving over double the efficiency of walking in human energy. Yet the government is not satisfied and also wants to get on the GOELRO bandwagon. Waiting list for reserved parking spaces in Amsterdam are extremely long, ten years are no exception. No doubt that makes at least some would-be drivers get on a bike. But now they won’t have to, and the queues for parking will get longer, both due to a lose-lose government policy. When you sign a piece of paper promising that you will drive an electric car for the next five years, the government will build, from other taxpayers’ money, a your own charging point outside your home. Since these points are accessible – and reserved – for electric cars on either side, this removes not one but two spaces from the pool of street space for parking.

Electrification mania has also recently hit Slovakia. The Government’s White Paper on “Strategy of developing Slovak electromobility” suffers from many problems. Amusingly, there are, of course, the traditional “teething problems” of official documents of fledgling democracies’ bureaucracies who still haven’t learned to write readable and informative documents and read like a script for a new episode for Yes, Minister. So we learn, for example, that among principle components of an electric car we find the chassis, the gearbox, electric motor and a battery.

Appropriately for a GOELRO, it sets out a five-year plan to increase the number of electric cars (and hybrids) on Slovak roads to 25,000 by 2020. Perhaps having learned the lesson of non-fulfilment of historic five-year plans, there is also a back-up Strategy – to reach at least 10,000 vehicles. Compared to April 2014’s 38 electric cars and 131 plug-in hybrids, this represents planned increases of 14,700% and 5,800%, respectively.

Associated obligations and regulations that the government wants to impose on private entities are considerable. There are now over 2,6m vehicles registered in Slovakia. If that stays roughly the same, even the most ambitious plan will mean less than 0,9% of vehicles to be electrified. To service them, government obliges anyone building new residential parking spaces to equip 10% of them with a charging point, and prepare wiring for an additional 30% of spaces. (These quotas are halved for non-residential parking.) The government also wants to co-pay for a national network of charging stations which should be available every 60km on all motorways and dual carriageways. It is not clear whether feather dusters are included in the plan to dust off occasionally those stations which will be scarcely used at this planned car/station ratio.

The electrification craze is supported by the utterly wrong claim that electric cars have zero CO2 emissions. In reality,
• No cars are emissions-free if they are built (with emissions) only to prematurely replace cars still running
• Only solar-powered electric cars would have no-emission driving – if one neglects the lubricants and tyre wear and tear
• Plug-in electric cars only move pollution from the road to the vicinity of the power station.

Whether it is better for the environment to use conventional or electric engines depends on how the electricity is generated. Nuclear power is relatively emissions-free, but is only economically viable due to huge explicit or implicit government subsidies (during construction and during fuel after-care). And its share is likely to decline as EU governments in Germany and elsewhere are growing increasingly hostile to nuclear. Most European hydro-power has already been tapped, which leaves solar and wind as the only “clean sources”. Their problem, however, is that they tend to produce during the day when nobody wants to charge. As the number of electric cars grows, grid operators are growing increasingly worried about the “evening spike” when drivers come home and in addition to electric heating and dinner preparation they also plug in their cars. Outside water-rich Austria, only fossil fuel power plants can meet such short spikes in energy demand, so in fact electric cars tend to be charged with actually rather dirty energy.

If the governments’ GOELRO subsidies come anywhere close to meeting their targets, this problem is only going to worsen. The only solution may be another regulation – that cars may only be charged after midnight. That may actually be good for the grid since it generates excess energy overnight and now it would have a useful output. Special after-midnight electricity prices may help, but with fewer nuclear plants the energy will still be dirtier than now, at such electric car proliferation levels.

Good use of money?

Above all, however, all these subsidies are hugely costly and the money will be taxed away from people. Especially if the programme is successful it becomes nonsensical: suppose that, in the extreme, every family buys and e-car. Then everyone is paying for everyone else’s e-car, so in fact everyone just pays for their own, only in a cumbersome way through a bureaucratic clearing centre.

The greatest danger, however, is in all these subsidies going to waste. Combustion engine’s days are numbered (at least in the long run), but how do we know that out of the plethora of various alternative technologies it is exactly electric plug-in batteries that are going to replace it? What if advances in compressed air technology, hydrogen energy, own-solar or something altogether different are about to overshadow the subsidised e-car?

Lenin’s GOELRO did change the economy, but did so at an unjustifiable cost and forced many industries into long-term inefficient technology, over-reliant on an energy resource produced in an increasingly dirty way. It is eerie to consider how today’s GOELRO is following precisely in its footsteps.