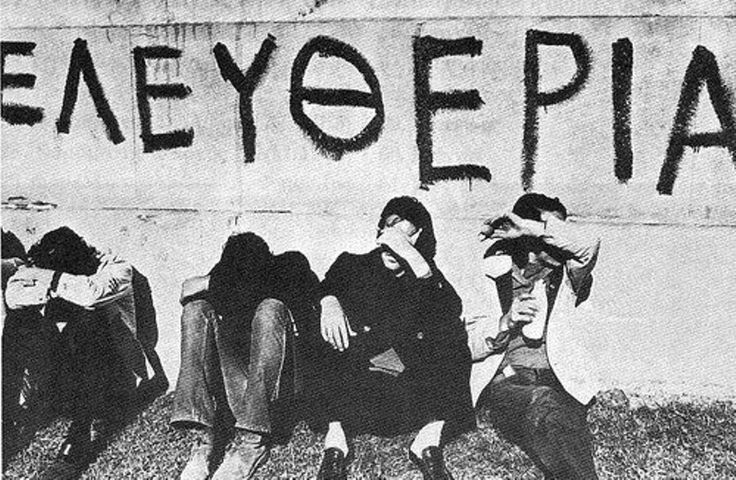 For several weeks Greece has been, once again, at the centre of European economic policy. Grexit, Greece’s withdrawal from the Eurozone, is being debated again, in light of the forthcoming Greek election of 25 January. Proponents point to the opportunity after such withdrawal for a massive devaluation of Greek currency which would lower the price of Greek goods and services and make them competitive again.

However, a quick look at different measures of economic freedom in the Eurozone countries suggests, that strong devaluation alone would not shuffle Greek problems off this mortal coil.

Germany and Austria are the only countries that had adopted the euro in 2007 and had a higher per capita GDP than in 2007. Italian performance since 1990 has been particularly disappointing. Its GDP per capita grew only by some 10% between 1990 and 2013, while even Greece managed almost 17% overall. These figures are particularly striking in comparison to Irish growth of 98% and German growth of 34%.

It seems no coincidence that the Greek situation is more serious than in Ireland or Portugal, the other small Eurozone countries which also benefited from the boom until 2007 and suffered from a severe recession thereafter. Economic freedom is more pronounced in both these countries than in Greece, and corruption in the public sector is less common.

Measuring economic freedom is no easy task and all available ratings have their individual shortcomings. However, in relation to Greece, they all paint a fairly consistent picture, not very favourable in the family of countries that had joined the euro zone by 2007. And this is not without consequences. There seems to be a positive link between economic freedom and the degree of recovery from the financial crisis, as illustrated in the following figures.

The Heritage Foundation assesses economic freedom of countries through its Index of Economic Freedom. We have calculated the average of overall rating of countries from the reports from 2008 to 2014. Subsequently, we have calculated (from OECD data) the relative per capita GDP in each country in each year compared to its 2007 p.c. GDP.

Greece comes off the worst both in terms of economic freedom and in terms of GDP. Portugal and Ireland come out much better in both measures. Irish p.c. GDP cut along both dimensions significantly better. In 2013, their p.c. GDP reached 93.5% and 89%, respectively.

The Fraser Institute also provides a rating of economic freedom in its Economic Freedom of the World. In the following Figure we have measured the same as above using the average of this alternative index between 2009 and 2014. The picture is similar to the previous one.

Also the data provided by the World Bank as part of the Doing Business Index are consistent with these findings. Their scale should reflect how easy individual states make it to start and run a company. Average measure from reports 2010-2014 is used in the following Figure.

The picture does not change even when we use the Corruption Perception Index published by Transparency International which measures the perceived levels of corruption in the public sector. The following figure uses the average country ratings between 2012 and 2014. Even in relation to corruption, Greece comes off the worst of all considered countries.

Lack of economic freedom hurts, especially after the boom

When boom-time investments turn out unprofitable when the boom is over, the process of their reallocation begins anew. Means of production are allocated to alternative uses and people look for new opportunities. This process is painful for those affected, especially when it makes them involuntarily unemployed. Just how painful this process for many people is depends on how easy it is to distribute resources again. When it is difficult to set up businesses, because the state uses regulation to protect allocation of resources to incumbent instead of their new competitors, the process becomes even more painful and tedious.

Following 2007, Greek people faced much higher barriers than other Eurozone people to new reallocation of resources, because of its relatively pronounced lack of economic freedom and long-standing corruption. This is then reflected in the development of GDP. Reforms initiated since the first EU rescue package of 2010 are aiming, among others, precisely at removing these barriers. So far, however, they haven’t had a striking effect.

Devaluation of own currency is not a panacea

The discussion about Greece’s future seems sometimes to bring up the notion that Greece is not Finland with its too high a level of real wages. Greece is currently in an equilibrium characterized by excessive regulation administered by the public sector rotten with corruption. It will continue to be difficult to find a path that leads to an equilibrium which is characterized by regulations enforced by an effective public sector and which allow for the entry of new competitors, instead of preventing it.

The devaluation of domestic currency after an exit from the Euro may mean that these barriers on the labour market will weigh in less heavily. An expansive independent monetary policy could contribute to a decline in real wages and thus make Greek products more attractive abroad, thus improving the prospect of the currently unemployed regaining access to the labour market. But such devaluation would fail to address some serious problems. Specifically, Greece would not break free from corruption and obstinate regulations. By providing a temporary improvement of the labour market situation, such devaluation could even fortify and solidify these other economic problems. Perhaps the more realistic road for Greece out of the bad equilibrium and towards the good equilibrium does, perhaps paradoxically, lead through retaining the Euro after all.

This article has been translated by Petr Barton. The German original can be found here.

The Effect of Tax progressivity on the quality of entrepreneurship