How Long is Long-Term Persistence? 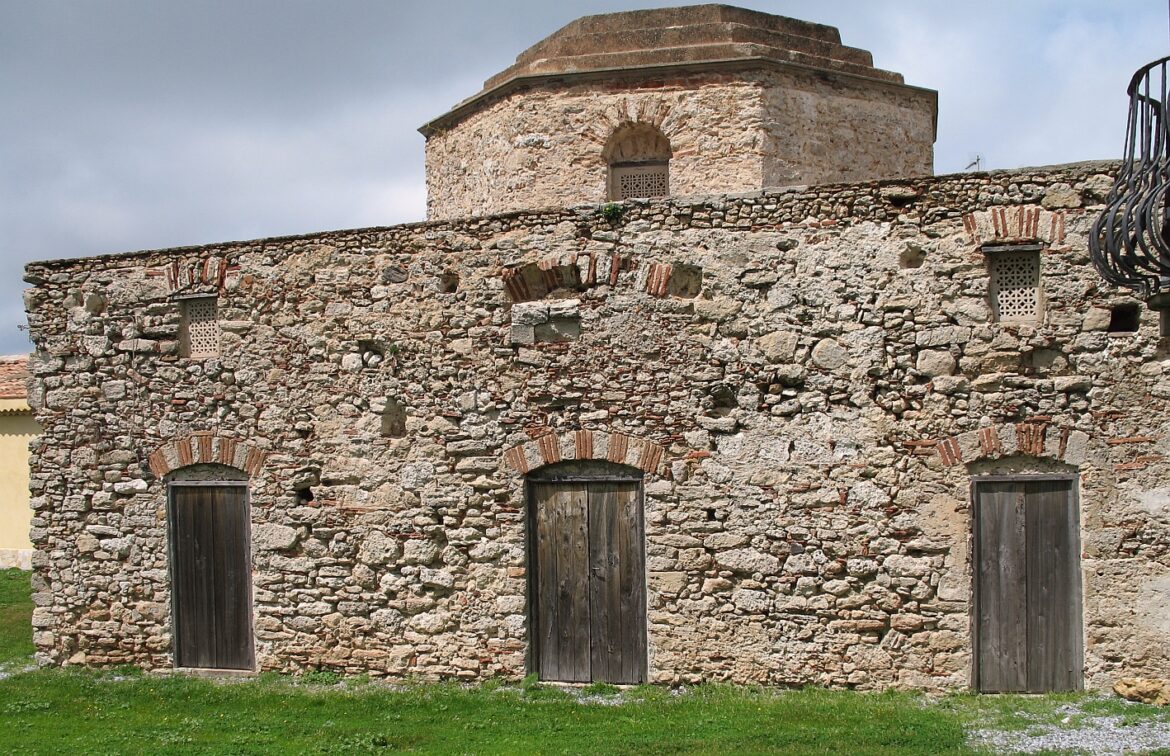 A paper by economists Luigi Guiso, Paola Sapienza and Luigi Zingales (GSZ) has recently made headlines and received widespread approval within the academic community. Their contribution, titled Long-term Persistence, provides the empirical test of a hypothesis put forward in 1993 by American political scientist Robert Putnam. He conjectured that differences in today’s performance among the Italian regions are due to persistent differences in civic capital – the set of shared beliefs and values that enhance one’s disposition to cooperate with others – originating from the free city-states (communes) in the Middle Ages.

To provide evidence that Putnam was indeed right and that the positive Middle-age experience of self-government (communes) is witnessed by more civic capital today, GSZ’s analysis focuses on northern Italy – the area where communes where concentrated – and tries to ascertain whether there is a relevant difference in civic capital between cities with a communal tradition and cities without it. At that time, the South was under the Norman domination (Kingdom of Sicily, see Fig. 1). Hence, no direct test can be carried out. Yet, GSZ suggest that the fundamental cause for the allegedly lower level of civic capital in the South is due to the fact that the Normans did not allow any free city-states experience. 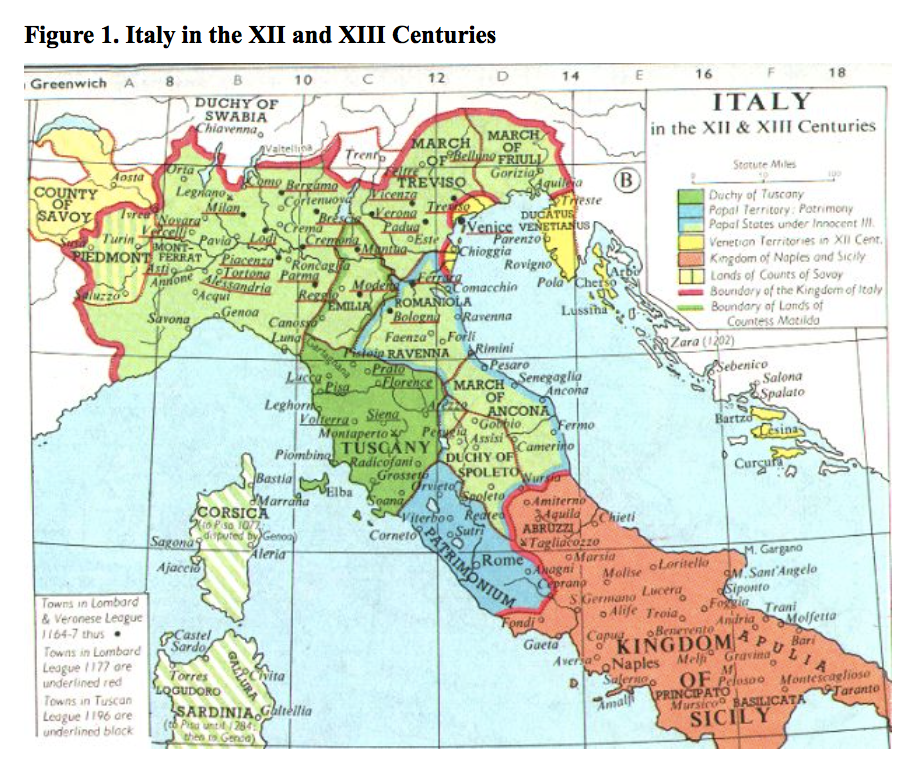 Although these kinds of studies have become trendy in current economic research, some caution is probably required. Can we really establish causality between today’s phenomena and events that took place some 900 years earlier? Do the stereotypes about Southern-Italians and their (perhaps ontological) incapacity of cooperating for mutual advantage reflect the truth? Did such feature actually originate in the Middle Ages? Most importantly, can we really trust such a reductionist and a deterministic account of human affairs, and eventually draw normative conclusions?

In brief, GSZ identify a correlation between communal experience and civic capital in the Northern Italian cities, and then argue that such a historically remote event has left a legacy many centuries later. In their view, the extent to which an individual believes that he can positively affect his station in society, and society itself, harks back to the 12th century communal experience. According to the authors, this awareness is transmitted across generations, and is the source of today’s civic capital in the Northern regions. Civic capital is measured as the number of non-profit organizations per capita; the presence of organ donation organizations; the frequency of cheating in national exams taken by children in each town. Indeed, GSZ suggest that eighth-graders in Northern cities that were communes currently display a higher degree of self-efficacy than their peers living in cities that were not, where the term self-efficacy identifies the belief a person holds regarding his or her power to affect situations positively. GSZ draw their data regarding self-efficacy from a 2009-2010 national survey that analyses pupils’ attitudes in interpreting positive and negative events. Here is a typical question addressed to pupils from which the communal legacy is inferred: “Your teacher has asked you to make a drawing. You do it very well. How come you performed so well? a) I received help; b) I was lucky; c) it was easy; d) I am clever; e) I put effort”. According to the authors, pupils who answered “I put effort”, were likely to have had some ancestor fighting in the Battle of Legnano (1176), when a league of free cities defeated emperor Frederick I.

As mentioned above, GSZ use consider the frequency of cheating in national exams taken by children in each town as one of the measures of civic capital. Cheating is actually estimated by the Italian ministry of education, based on average performance and concentration in performance. It is not evident that this is an appropriate proxy for civic capital at the municipal level, and even less so if the ultimate goal is to establish a causal link with the communal experience of 900 years earlier. The other measures proposed by GSZ are also questionable. The presence of non-profit organizations in a given area can be the result of decisions that have nothing to do with the presence of civic capital. Just to make an example, foundations – a non-profit organization typically granting funds and support to other organizations – are much different from soccer clubs, and their localization decisions may reflect this diversity.

The bottom line is that explaining school performance or organ donation by the fact that some 900 years earlier, the place of residence was a commune is less than persuasive, to say the least.

For example, according to GSZ’s own result, the distance between the highest and the lowest point in the city territory affects self-efficacy more than having a history of communal independence. The opportunities people have to interact could explain the emergence of self-efficacy equally well.

Use and Misuse of History

Regrettably, more and more economists tend to select only those historical data that are consistent with the story they wish to tell. For example, in stressing that the medieval communes were small states governed by the rule of law, GSZ neglect to report historical research offers a different picture: those in power at the time of the communes systematically deprived their opponents of all rights, confiscated or destroyed their property, and sent them into exile. Communes were no exception. The context did not change much in later centuries. In the course of the 15th century, Italian communes began to confer lifelong power on a single person—the Lord or Signore, hence the name Signoria. These were dictatorships, not blueprints for the rule of law, as GSZ suggest.

In general, it is undeniable – and regrettable — that the recent economic approach to history is characterized by both reductionism and determinism. It is characterized by reductionism for it claims that there is one fundamental event from which everything follows, no matter what happened next. Indeed, the paper by GSZ implies that all the subsequent (spectacular) historical shocks that hit Italy between the 14th and the 21st century left the positive legacy of the communal experience unscathed. The recent approach to history is also deterministic, since it links a “nation’s psyche” to important events, and neglects accidents, or the human ability to understand that the course of history can be changed.

Bavaria and the most industrialized areas of England or France did not have the Middle-age experience of self-government. Yet, they seem to have plenty of civic capital. This shows that other historical components play an important role in shaping the nation’s culture and stimulating a positive approach to life. From this viewpoint, however, the alleged new channel in explaining the success of nations around the world» ends up in a tautology with rather poor explanatory power. 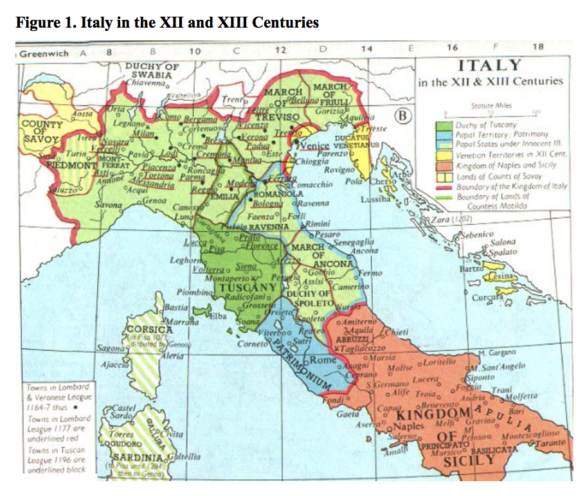 Karl Marx? I Knew Him Well…