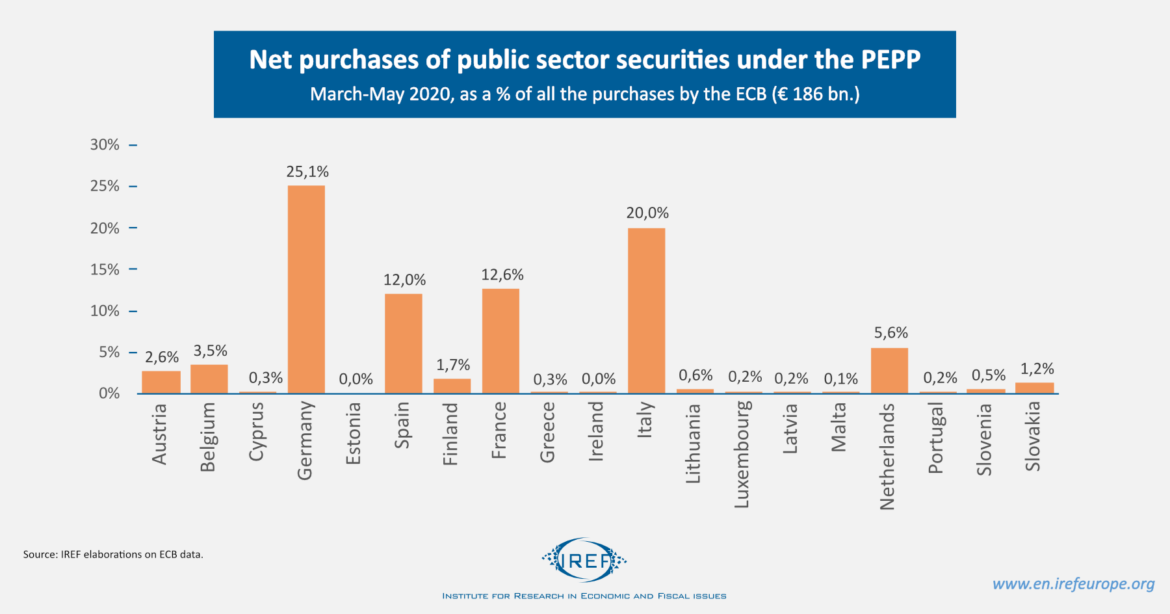 There are situations in which people are all but obliged to act differently from what they preach. The latest example was provided the president of the European Central Bank (ECB) Christine Lagarde. In mid-March, she declared that the European Central Bank «is not here to close spreads». By saying so, she wanted to emphasise that helping a member State to sell its bonds on the market is not the ECB’s job, and that no exceptions are admitted.

It could be argued Lagarde’s sentence was a little clumsy, and that she was taken away by her willingness to be frank. Others might suggest that she was actually trying to befriend the hardliners, those who do not want the ECB to support highly indebted states. Be that as it may, Lagarde soon apologised for her declaration and then announced unconditional support for actions aiming at softening the economic consequences of the pandemic. These include the new ECB securities purchase plan, the so-called Pandemic Emergency Purchase Program, which supports the other purchase programs launched in 2015 when Mario Draghi was President. The security-buying programme, however, can easily turn into surreptitious debt monetization.

The Pandemic Emergency Purchase Program (PEPP) is a non-standard monetary policy measure. It was launched by the European Central Bank in March 2020 to counteract the economic consequences of coronavirus (COVID-19). It is meant to be a temporary asset-purchase programme of private and public sector securities. Its size amounts to €1,350 billion.

In contrast with past initiatives, PEPP prescribes that the ECB will not be bound to purchase national securities according to pre-defined proportions (the share of each national central bank in its capital). Rather, it will buy national debts following the debtor’ needs. These can be more or less worthy of attention. The European Central Bank will most likely assess their merit by looking at a country’s economic prospects, as well as at the sustainability of its public debt

In the short term, PEPP will have a large impact on all indebted countries, since the cost of debt serving will fall significantly, or at least, will not increase much. In other words, and in contrast with Lagarde’s initial announcement, the ECB will eventually close spreads. 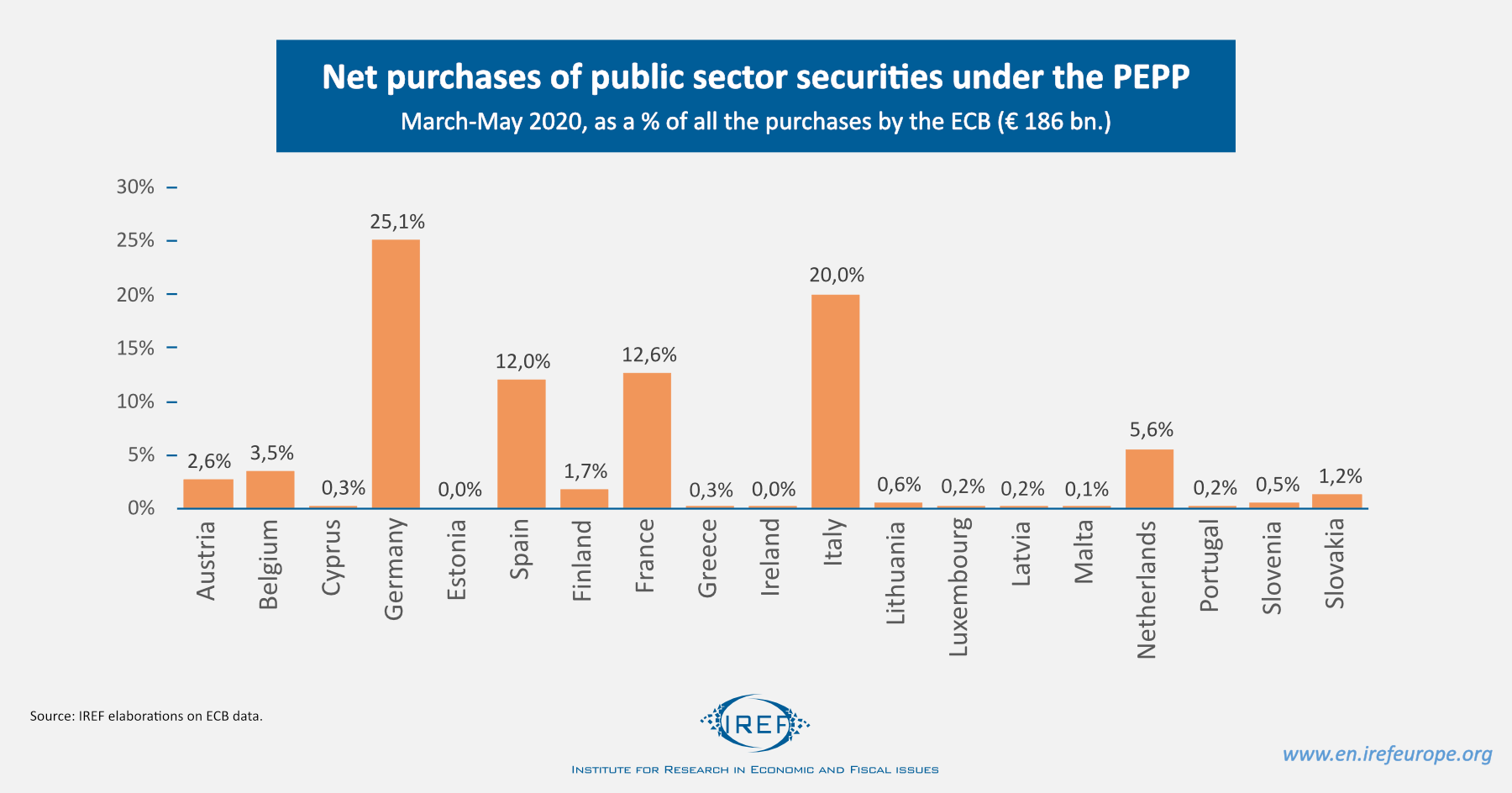 As one can expect, larger countries enjoy a greater share of purchases. True, figure 2 shows that the correlation between the purchases of securities issued by a given State and the amount of its debts is currently still weak. Yet, we expect this correlation to become stronger over time, especially if some of the more indebted countries experience a sovereign debt crisis. 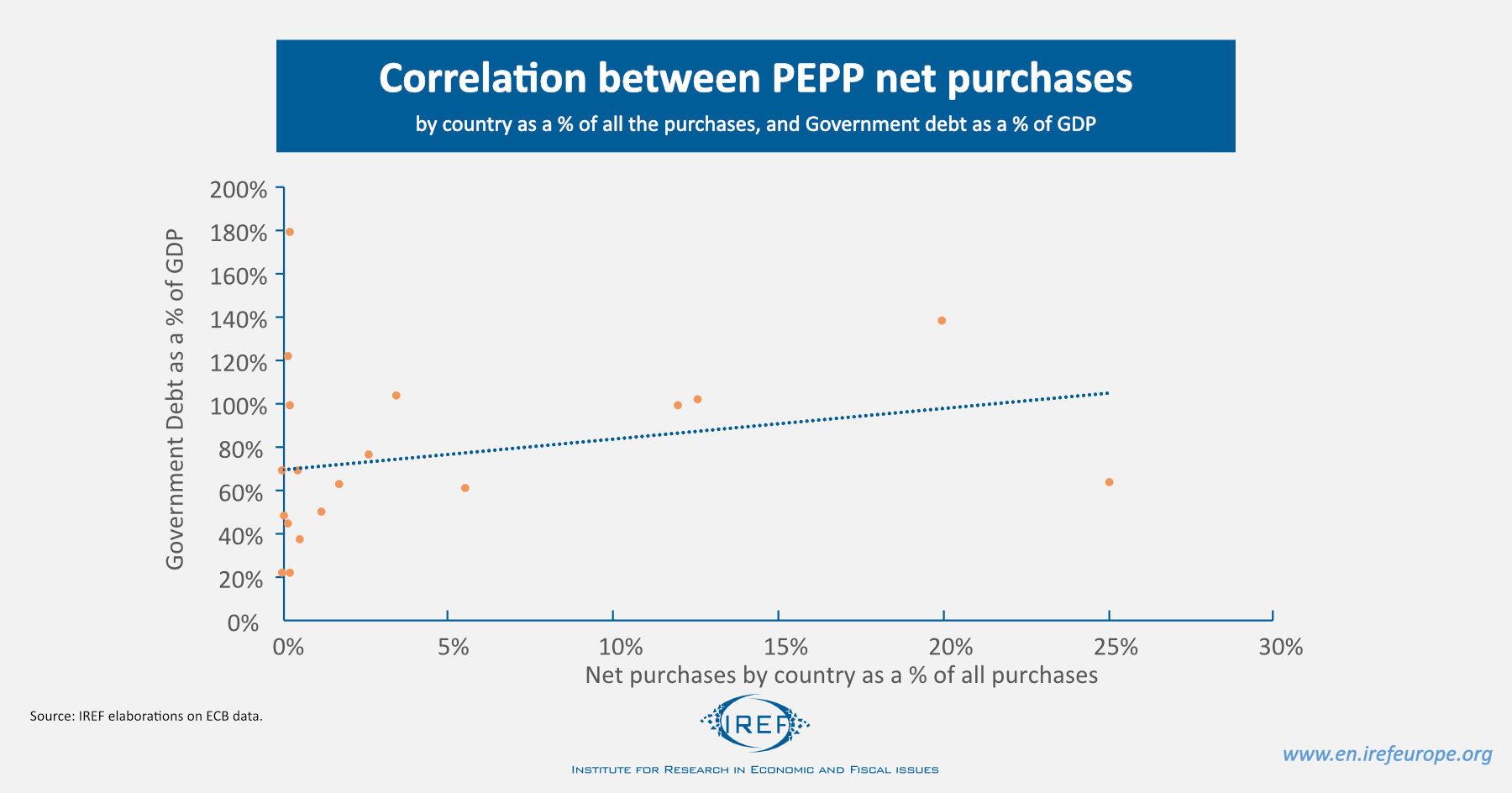 Is the ECB monetizing a share of the European governments’ debt?

Indeed, the crucial question raised by the PEPP regards what happens to the securities purchased by the ECB. Will the European Central Bank sell them back to private investors? Under the present circumstances, the market might ask a hefty discount in order to absorb the bonds issued by most Eurozone countries. This is not something that many governments can currently afford.

The alternative is monetization of the debt, which is exactly what the founding treaties intended to avoid. While in the short run some countries might indeed support monetisation (especially countries with higher government debt), it is quite clear that sooner or later tensions will emerge, and that some backtracking could follow. Yet, tensions would also emerge if the ECB decided to sell to the market a significant share of the securities in its portfolio. Interest rates would rise dramatically, and many member states would be in serious trouble, to say the least. The upshot is that the current situation is making many governments more and more vulnerable financially, and weaker politically. 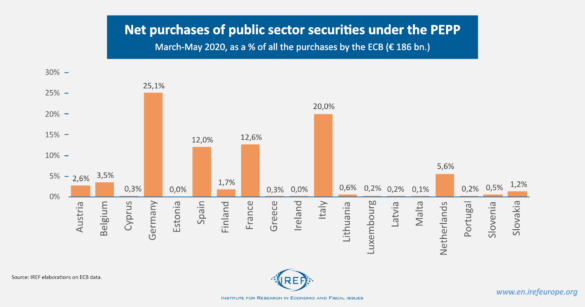 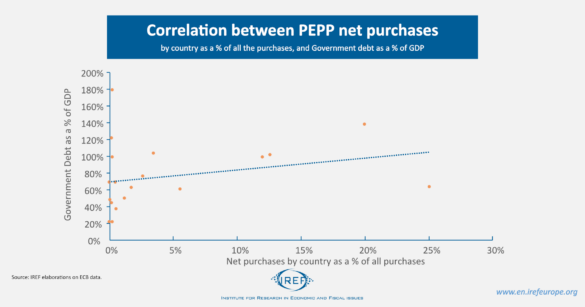