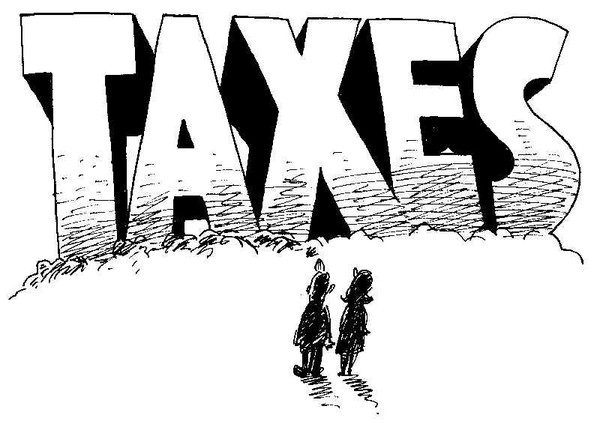 This long-debated concept by policy makers and economists is coming back. That is because the Government believes that prosperity cannot be recovered without a strict “austerity policy”. But it actually means higher taxes only. Yet, the latest concerns of the French National Assembly on a substantial fall of tax revenues for 2013 raise the question again: has France reached the top of Laffer’s curve?

In 1974, in a Washington D.C. restaurant, economist Arthur Laffer presented for the first time – on a napkin – his conclusions on the performance of compulsory contributions to Dick Cheney and Donald Rumsfeld who were then senior officials of the Ford administration. With a bell-curved shape graph, the economist stated that there was a maximum tax rate beyond which tax revenues would decrease. The latest concerns of the French National Assembly on a more than 10 billion euros revenue decrease in the 2013 tax revenues raised again this question: has France reach the top of the Laffer’s curve?

In an interview given to the newpaper Les Echos on November 18th, French Prime Minister Jean -Marc Ayrault finally understood that “the French tax system has become very complex, almost unreadable, and the French often do not understand its logic or are not convinced that what they are paying is fair and that this system is efficient.” If austerity hits today millions of households and thousands of SMEs – contribution increases reached nearly 30 billion euros in 18 months – this may affect tax revenues. Free consent to taxation is challenged.

On November 13th, the finance bill went into the Parliament. This bill considers the latest results of the French economy. The Government was seriously disappointed when knowing that a shortfall of over 10 billion euros is expected in late 2013 according to calculations by the National Assembly. Such high corrections are extremely rare.

In fact, we have probably reached a threshold where taxation no longer brings in enough money to the Government because taxes weigh too much on production and growth.

Too many taxes hamper growth. A slow growth means a limited tax base, especially with a very progressive taxation system. The engines of growth are affected one by one.

Currently, with such a sluggish growth, the “elasticities well below unity affect the performance of government revenue by 0.4 percentage point of GDP.” Put more simply: “too much tax kills tax.” That is why tax revenues are dropping.

We can cross these empirical observations with the work of economists on the Laffer curve . In a recent paper, Uhlig and Trabandt show that Europe and the United States are , in 2010, already very close to the point of the Laffer curve , where revenues are dwindling with each new increase . This is obviously the case of France , which, if the model results were extended until 2012 , would have more room for maneuver in fiscal matters.

The point of no return is a concern. Since a tax decrease cannot be financed thanks to real spending cuts, it is done through debt.

If the deficit is growing a little slower than in the previous years, the problem remains the same: the structural balance is negative. In other words, regardless of whether the deficit decreases, we do not manage to restore the balance of our public accounts, even when the effects of the crisis are away.

As for the solution, we are keeping on saying that it becomes imperative to undertake the structural reforms that everyone is expecting in order to clean up our public accounts and to simplify our tax system. Without this, our tax system will still be like a lame duck!