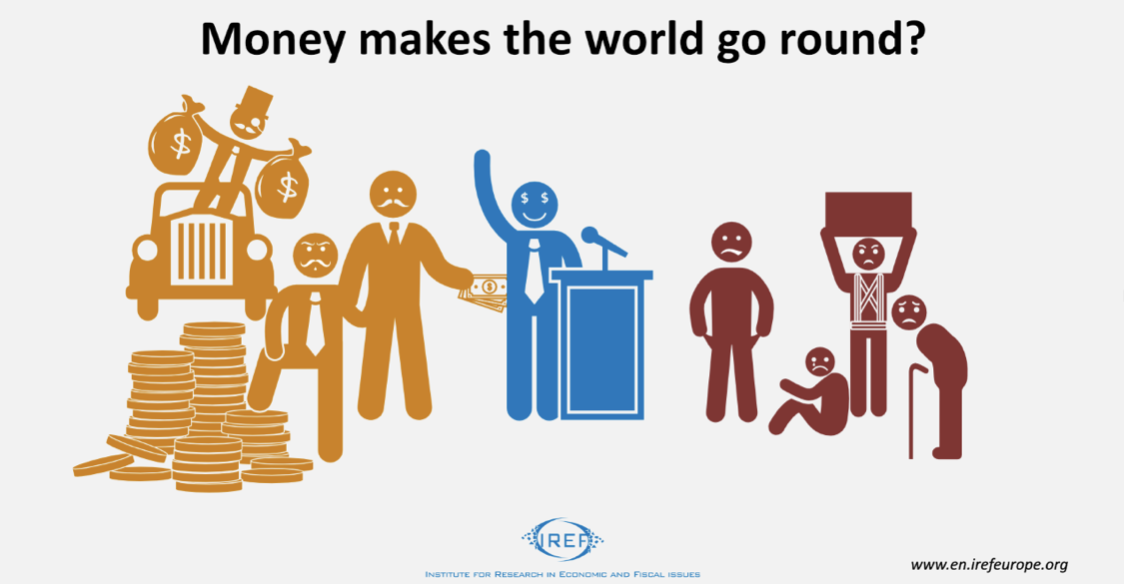 In light of increasing income inequality and wealth inequality in many Western democracies, some social scientists believe that democracy is in jeopardy. Do the rich have a disproportionally high influence on political decisions – in contrast with the ideal of equal representation of all voters? A recent article answers this question in the positive with regard to the United States, and an investigation on behalf of the German Ministry of Labour and Social Affairs reaches a similar conclusion for Germany. Certainly, there is enough reliable evidence supporting the thesis according to which the superrich have a bigger impact on political decisions than the average voter, and that they use this influence particularly in niche topics without much public attention to their own personal advantage.

There is no shortage of suggestions regarding possible reforms of the democratic system for the purpose of more even representation. For example, there have been demands to further restrict private donations to political parties. However, it seems most promising to cut down the possibilities of politics prioritising private interest groups.

One constitutive element of modern democracies is the equal opportunity of all adults to influence political decisions through voting in elections. Differences in wealth or income are not supposed to impact the weight of people’s votes. If equal chances to influence actually led to equal exercise of influence, political decisions would be heavily guided by the preferences of the median voter – the voter whose preferences are at the centre of the political spectrum.

However, there are reasons to expect that formally equal chances to partake do not result in equal exertion of influence: Different people are interested in politics to different extents, and, therefore, use their political voice to different degrees. Moreover, they are not all equally willing to become politically involved beyond casting their votes, and they are not all equally prepared to sacrifice resources to convince others of their opinion. This kind of unequal influence is not problematic in principle, since it results from some voters’ conscious decision not to influence decisions by means other than voting.

Nevertheless, other sources of unequal impact could be more problematic: What if some people systematically act against their own interests? What if certain people have more resources available and use them to influence other people’s opinions? And what if elected representatives disproportionately come from certain parts of the population, so that such representatives are likely to consider the opinions of those parts more strongly? Contemporary commentators suspect that differences in income and wealth are an important origin of unequal distribution of impact: whoever has more income or wealth can buy political influence and thereby strengthen their voice.

Do the rich have different preferences?

An overrepresentation of the wealthy only has consequences if their preferences differ systematically from the preferences of less wealthy groups. So far, few empirical studies were able to assess this question by conducting representative surveys. It is problematic that very small groups, such as the superrich, often cannot be captured. Other difficulties occur because participants are often only asked for information about their income and not about their wealth. Furthermore, studies typically look into preferences regarding topics that are expected to exhibit stronger differences depending on one’s income. Topics that garner general consensus understandably receive less attention by opinion researchers.

Despite these limits, some reliable results are available. They show that preferences for more free-market oriented economic and social policies grow with income levels. Moreover, the rich tend to have more optimistic views on the state of the economy. An evaluation of about 1,800 surveys since the 1980s shows that those whose income falls into the highest quintile desire more free-market oriented economic and social policies than those within the lowest quintile, even when accounting for differences in their education. In particular, the preferences of the difficult-to-capture superrich seem to differ drastically from others, as shown by a sample of the 4 percent at the top of the income distribution in the late 1970s as well as by looking at 83 people living in Chicago, whose wealth falls into the highest percentile. An analysis on the basis of 252 surveys between 1998 and 2013 suggests that there are similar differences in preferences along the income distribution in Germany.

Politics just for the rich?

In an often-quoted study from 2014, Gilens and Page evaluate income-differentiated opinion surveys for 1,779 political decisions in the US between 1981 and 2002. They compare the preferences of people from different income groups with implemeted political decisions. Their conclusion: median earners do not exercise much influence on political decisions compared to those belonging to the top 10 percent of earners. This does not mean that politics always decides against the interests of the median earner – but that “average citizens only get what they want if the economic elite shares their desires”.

Although Gilens and Page’s work still receives strong media response, the design of their study received criticism from their peers. Bashir (2015) demonstrates that the authors’ methodology systematically underestimates the influence of average earners and that it does not allow any valid conclusions regarding the overrepresentation of certain income groups. Ens (2015) points out that the intensity of preferences also varies along the income distribution, and that accounting for those differences in the design of the study sheds a different light on the issue of unequal representation. Branham et al. (2016) point out that the data sets show that the average earners and wealthy almost always agree; in case of dissent, decisions benefit average earners just as often as they benefit the wealthy. Gilens and Page (2016) argue against their critics, but concede that further research is necessary.

Older studies only partly reach results similar to Gilens and Page (2014): Bartels (2008) and Hayes (2012) find that US senators vote in accordance with the preferences of the wealthy voters, and neglect those of the less wealthy. Brunner et al. (2013) question these results and show that Democratic and Republican senators differ heavily with regard to how they react to the preferences of less affluent citizens. The strong correlation between income and party preference seems to explain the findings of unequal influence almost in their entirety. A similar conclusion is reached by Tausanovitch (2014). Flavin (2012) compares US states regarding their social and economic policies, and demonstrates that differences between states can be explained by the preferences of wealthy voters. Rigby and Wright (2013) focus on the development of political manifestos of US parties and show that the preferences of poorer voters are not displayed proportionally.

Only few comparable studies exist for Germany. Elsässer et al (2016) study 252 political decisions in Germany between 1998 and 2013, and find that the preferences of the wealthy are overrepresented. Bartels (2017) estimates examines 30 democracies, among them Germany, and finds that welfare spending is about 10-15 percent below the levels that were to be expected if all preferences were considered equally. Hahn (2018) maps political preferences multidimensionally and, for 19 countries and 60 elections between 2003 and 2017, does not find the wealthy to be overrepresented.

Unequal influence to the advantage of the less affluent?

The recent debates around the subject matter illustrate how difficult it is to prove an unequal representation of different income groups and wealth strata. Moreover, a number of conceptual problems become apparent. Tyler Cowen and Matthew Yglesias highlight that voters often declare contradicting preferences in opinion surveys – for instance, they demand both lower prices and protectionism. Bryan Caplan argues that stronger influence of wealthy voters does not have to result in a disadvantage for less wealthy citizens. This is supported by the indication that voters rarely vote on the basis of their own economic interest. Rather, they see elections as an opportunity to realize their own idea of a better world. Using representative survey data, Caplan (2002) shows that wealthy voters are better informed about facts as well as causal connections than less wealthy voters. Hence, a stronger influence of wealthy groups could even be good news for the less well-off.

Depoliticisation against a politics of private interests

Even though existing studies provide rather limited reasons to worry about democracy, healthy scepticism towards the overrepresentation of particularly wealthy groups is timely. The claim that certain income and wealth groups strive towards systematic “class politics” is weak. Yet, the efforts of particularly influential individuals and lobbying groups for specific, private interests are well-documented. This applies particularly to those areas of politics that are beyond public attention and the cost of which can be widely diffused.

The literature increasingly illustrates the high value of political contacts for company owners. A well-known example is the case of Timothy Geithner, former Secretary of the Treasury of the United States, whose appointment in 2008 boosted the share prices of those firms with which he had previously been in contact. Likewise, the current discussion around the regulation of the banking sector is influenced by the private interests of particularly high-income groups. This would explain why banks do not face high capital requirements.

To conclude, it is unlikely that conventional suggestions such as the restriction of party donations will weaken the role deeper channels of influencing decisions. Instead, it makes more sense to https://de.irefeurope.org/Diskussionsbeitrage/Artikel/Bier-Glucksspiel-und-Autos-Staatsaufgaben.