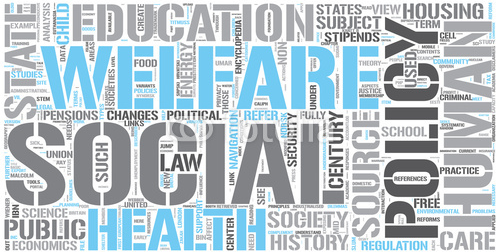 So you thought you could have your cake and eat it. That you reduce tax on something which has benefitial implications for a disadvantaged social group, saves resources and is good for the environment. Think again, says the EU Court. Your young ones are, apparently, not a legitimate aim of social policy. (And you didn’t declare the goal in your law! Off with you!)

Such is the situation today in the UK. ECJ has banned the country from applying a lower rate of Value Added Tax (VAT) to “energy-saving-materials for installation in housing”. These are materials that people use to improve thermal insulation of their houses and thus make them more energy efficient.

This not only goes against the power of national governments to set their own tax policy, but harms the environment and at least one socially disadvantaged group – the young. If a government wants to pursue social policy through tax law, says the Court, it must explicitly say so in the law. That makes very little sense.

VAT is charged at different rates in different member states. Most use a “standard” and a “reduced” rate of VAT. They are not free to determine freely what will be taxed at the lower rate, they can only select from a designated “permissible” list.

The UK has indeed selected from this list a justification for its lower tax on housing insulation. In fact, not one but two permitted causes seem relevant here:, and not one but two rules; namely those which allow applying a reduced rate to

– “renovation and repairing of private dwellings“, and
– “provision, construction, renovation and alteration of housing, as part of a social policy“ (Annex III of the VAT directive).

Common sense suggests that materials for housing can indeed fall under both permissible categories. ECJ disagreed.

Why the Court disagreed

The first category was deemed not applicable since the UK law mentions “installation”, which is different from “renovation and repairing” since the material involved makes up for a “significant part” of the cost (par. 35).

The second category does allow “installation”, but is still not permissible, according to the Court, since insulated housing is apparently not an act of “social policy”. The problem is apparently that the lower rate applies to everybody and not just a “socially defined group” (at other times presumably called “the poor”). The UK government counter-argued that its social policy works on “two levels, with some initiatives that are directed generally, […] and other more specific initiatives which are directed at a specific segment or group of segments of society” (par. 17). The UK policy allows people “to maintain their living standards with respect to heating and power“ and because of the size of these bills “therefore addresses an obvious social need” (Ibid.)..

To this the EU argued that no social goals were expressly stated in the UK law which established the reduced rate. The UK responded that such is the custom, since no UK laws generally mention social goals (par. 28). That is not good enough, said the court, since social concerns must include considerations such as “income or age” (par. 31).
Is it true that blank policy can have no valid social effect?

Claiming that generally lower VAT on insulation does not have any “social aspect” defined by age means omitting entirely the effect of such policy on future generations, i.e. “the young” of today: legitimate concern of social policy even according to the ECJ. If the lower tax rate leads to lower insulation prices, more insulation installed and better energy use, the young benefit in at least three ways and therefore the policy can pass the “social test”:

– They inherit better much better housing stock (as houses last more than one generation). Given the longevity of insulation of investments (often comparable to lifetime of the house itself), they will reap the bulk of the benefits, certainly lot more than the current middle-aged investor.

– If the improved insulation leads to lower costs of dealing with climate change down the line, this benefit will, once again, be eventually borne by the currently young (and vulnerable…)

– One of the permitted goals of social policy would also be reducing inter-generational differences. At the moment, growing national debts created by EU fiscal policies are shifting an unfair burden onto the young who will bear the cost of paying for current spending (themselves or through their own children). The reduced VAT policy helps to at least partially offset this imbalance.

The centralised VAT constraints themselves make little sense in light of their purported goal of improving the single market. Tax differences are seen as an impediment to the goal of a “single market” and “single price”. But countries can (thankfully) set their own tax rates for both categories, so what difference does it make what they are labelled in the country? Luxembourg’s “standard” VAT rate is 17%. Hungary’s “reduced” VAT rate is 18%. So why bother specifying what can and cannot qualify?