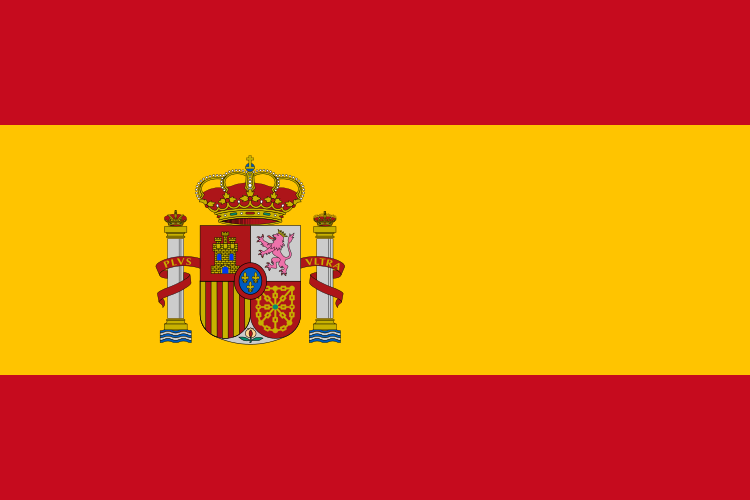 The economic crisis in Spain highlighted the lack of response from the Government as well as the wasteful public spending, both mirrored in the huge public de?cits and the resultant sovereign debt crisis. The Socialist Party called early general elections for November 2011 due to lack of popular support and credibility. The alternative, the conservative Party (Popular Party) went to the election promising not to raise taxes and, even, lower them, and bring order to public ?nances.

Surprisingly, immediately after the Popular Party won the elections, the new Executive approved one of the largest tax hikes of the Personal Income Tax in the history of Spanish democracy. In fact, this rise anticipated the kind of ?scal policy the government implemented later: multiple tax increases aimed to avoid cutting an oversized public spending which grew without limits during the economic boom, characterized by the credit-fueled real estate bubble.

It is true that public spending has also been reduced, but this has been timid compared to what it should have been done. Indeed, an overall analysis of the ?scal policy followed by the Government during the year 2012 allows us to understand that the spending cuts would have been even smaller if they could have collected more tax revenues in the short term. Even so, the ?scal austerity measures imposed on the population (tax increases) have amounted to more than the austerity measures the Government has applied itself (spending cuts). In total, the ?scal policy adjustment has amounted to approx. € 21 billion: € 11,237 million collected through tax hikes (without these tax increases, tax revenues would have been reduced by 2.7%, according to the Tax Authorities), while public spending cuts have amounted to approx. € 14 billion (estimations).

Between the ?scal years of 2001-2007, tax revenues increased signi?cantly by € 175 billion (in total). Politicians collected huge amounts of money through the tax revenues and decided to spend it lavishly. They considered that tax revenues were a permanent income ?ow. Consequently, the Government size grew at high rates. In particular, Spain was the third EU country with the highest public spending growth (approx. 56.7% in only 6 years), just behind Ireland and Greece.

However, even with all this excessive growth of the State and the public spending, the Spanish conservative Government chose not to downsize it seriously but to maintain its dimension, at least up to date. This is the reason why it is said that the reduction of public spending has been timid, because the Government could have implemented a thorough reform of the whole structure of the State. And this reform could have been oriented to eliminate the existing duplications and redundancies, and also to rationalize all the public spending as well as to remove gradually many public services that could be provided by the private sector.

Instead of that, the Government has implemented patches and tweaks and refused to attack the core of the problem. It has been preferred to introduce copayments, surcharges or degrade the quality of the public services before reforming the entire way through which they are provided (e.g., giving more freedom for the private sector to provide such services). In this sense, the main adjustments applied during 2012 could be summarized, among others, in the drastic reduction of public investment and the spending cuts on health and education, the establishment of pharmaceutical copayment, the Christmas bonus removal for public employees and the decline of unemployment bene?ts (not because the unemployed are ?nding new jobs but as a consequence of an increasing number of long-term unemployed people who are no longer legally entitled to these bene?ts). As we said, all these reductions amounted to an estimate of € 14 billion (estimations) during 2012, a very modest ?gure when compared with a high public de?cit of more than € 70 billion (about 7% of GDP), and public debt to 84,1% of GDP (14.8 percentage points more than in 2011, a historical record).

As said, the lack of political will to implement a deep reform of the public administrations is manifested in the fact that the Conservative government has approved the minimum cuts on public spending. And this strategy implies to raise taxes sharply. So much so that, during 2012, the Government launched a reform of the entire Spanish tax system increasing almost all taxes. The aim of these rises was twofold: ?rst, to keep and increase the tax revenues collected in the short-term during one of the deepest recessions suffered in Spain in recent times. With these tax increases and the small spending cuts, the Government has tried to restore con?dence in international ?nancial markets regarding the sovereign debt and public ?nances. Second, the medium-term target is to build a high level of taxation that, once the economy stop contracting, will provide the Government with a high level of tax revenues to make the oversized State and public spending sustainable. In what follows, we summarize the main tax increases.

Merely a few weeks after the election of the new Administration, the new Spanish conservative Government announced a signi?cant tax hike affecting the Personal Income Tax. The measure mainly consisted of a so-called solidarity surtax to come on top of tax rates on income and capital gains. Following the tax increase, Spanish individuals are paying one of the highest Personal Income Tax 1rates in Europe [[See for more details the report elaborated by the Juan de Mariana Institute dated on January 2012 (here in Spanish language and here a summary in English)]].

However, if one takes into account local surcharges imposed by some Spanish Regional Governments, the top marginal rates rise further. In Catalonia, for example, the top tax rate is 56%.

In addition to this rise, the conservative Government also increased the tax rates on short-term capital gains (those generated over a period of less than a year).

As from January 1, 2013, short-term capital gains are taxable at the PIT general progressive tax rates (top marginal rate of 52%) in lieu of the formerly applicable tax rate (21%-25%-27%). That means an average increase of the short-term capital gains taxation of 50%. Considering these increases, the rates are as high as in Germany and considerably higher than those of Italy and the new top rate almost match those of Finland and Norway.

The compensation for removing the housing tax credit available to the taxpayers who had acquired their housing prior to 20 January 2006, is removed.

There are two types of measures approved[[For a summary of the economic impact of some of the CIT hikes described in the text, see “The Spanish Corporate Income Tax Hike Will Hurt Economic Recovery”, published in the IREF website]]: those applicable inde?nitely and those limited to ?scal years 2012 and 2013. Although taxes have increased for both large companies and SMEs, the ?rst have suffered the most.

Measures introduced for an unlimited period for ?scal years beginning as of January 1, 2012, are the following:

– The net minimum deductible ?nancial expense of one million Euros is maintained (this amount must be pro-rated according to the length of the tax year if it were shorter than a calendar year).
– The new rule limits the tax relief for net interest expenses to 30% of the taxpayer’s earnings before interest, taxes, depreciation, and amortization (“EBITDA”), with some adjustments. In case the entities are part of a tax-consolidated group, this 30% limit applies to the EBITDA of the group.
– Interests not deducted under this new rule can be carried forward 18 years (similarly to tax net operating losses). If interest expense in a given ?scal year is below the 30% limit, the rule allows the unused deduction capacity to be carried forward ?ve years.
– As was already the case for credit entities, an exception is made for insurance entities to which this rule does not apply.

– Restrictions on tax loss carry forwards. A limit is placed on the amount of prior years’ tax losses that can be offset by companies with a turnover of more than € 6,010,121.04, provided that their net sales amounted to at least € 20 million (both thresholds refer to the 12 months preceding the tax year of the compensation).
– According to the new restrictions, the tax losses that can be offset in each year will be limited to 50% of the tax base prior to compensation for those companies with a net sales ?gure of at least € 20 million but less than € 60 million, and to 25% of the taxable base for companies with net sales of at least € 60 million.
– CIT payments on account. This is one of the most important changes in the Spanish CIT that has provided more tax revenue to the Spanish Government during 2012. The changes have focused on one way of calculating CIT payments on account, the taxable base method. According to the new rule, the percentages of these payments are increased from 21%, 24% and 27% to 23%, 26% and 29%, depending on the taxpayer’s net sales. In addition, the taxable base over which these percentages should be applied will now include 25% of the foreign source dividends and income exempted. In any case, CIT payments on account of companies with net sales during the 12 months of the previous tax year of at least € 20 million cannot be lower than 12% (6% in certain cases) of the positive result of the Pro?t and Loss Account. This amount cannot be reduced by the tax losses pending compensation, tax incentives or withholdings (although they can by the preceding payments on account of the same year).
– The tax depreciation deduction for ?xed assets. For intangible assets with an inde?nite useful life the tax depreciation deduction is limited from a 10% to a maximum of 2% per year. For tangible ?xed assets is limited to the 70% for large companies.

Measures applicable only in 2012:
– Tax amnesty. The Spanish Government approved a tax evasion amnesty for undeclared assets or those hidden in tax havens. Repatriation of such assets would be allowed by paying only a 10% tax, with no criminal penalty.

Likewise, the retailers’ supplementary VAT charge rates have been changed, increasing from 4% and 1% to 5.2% and 1.4%, respectively, and the ?at-rate compensations percentages of the common ?at-rate scheme for farmers increase from 10% and 8.5% to 12% and 10.5%, respectively.

+6.2- Products formerly taxed at the reduced VAT rate, now under the standard one+

On the other hand, certain products and services formerly subject to the reduced 8% rate will now be subject to the standard rate, which is a tax increase of 162%. This is the case of ?owers and ornamental plants, mixed hotel/restaurant services, theatres, circuses and other spectacles, and services rendered by entertainers or artists (individuals) and sales of works of art, sports services and non-exempt health services, mortuary services, hairdressing services and digital TV.

After the year with the highest number of tax increases during one of the worst recessions in Spain, the Government has also decided to increase the pressure on taxpayers. The number of tax audits has increased considerably. These inspections have increased tax revenues by more than 12.6% from the previous year. Control actions performed by tax auditors grew by 16.9%. Almost one third of the procedures, 32.3%, is concentrated in large companies, compared to 28% last year, or in professionals. On the other hand, the government has also increased inspections with the aim to get a major impact on the media, in order to increase a psychological pressure and induce fear on the taxpayers.

During the last months of 2012, the government delayed tax refunds (especially to companies) in order to reduce public de?cit for that year. Refunds have been ?nally paid at the beginning of 2013. However, during times of extreme liquidity restrictions, these delays translate into higher ?nancial costs to Spanish ?rms.

Regarding the taxation of tobacco products, the 2012 measures include the introduction of a single minimum tax rate for thin and thick gauge cigars, and the tax rates on cigarettes and loose tobaccos have increased. These modi?cations are applicable as of the enactment of RDL 20/2012 (15 July 2012), with the exception of those applicable to cigarettes, which went into effect as of 1 September 2012.