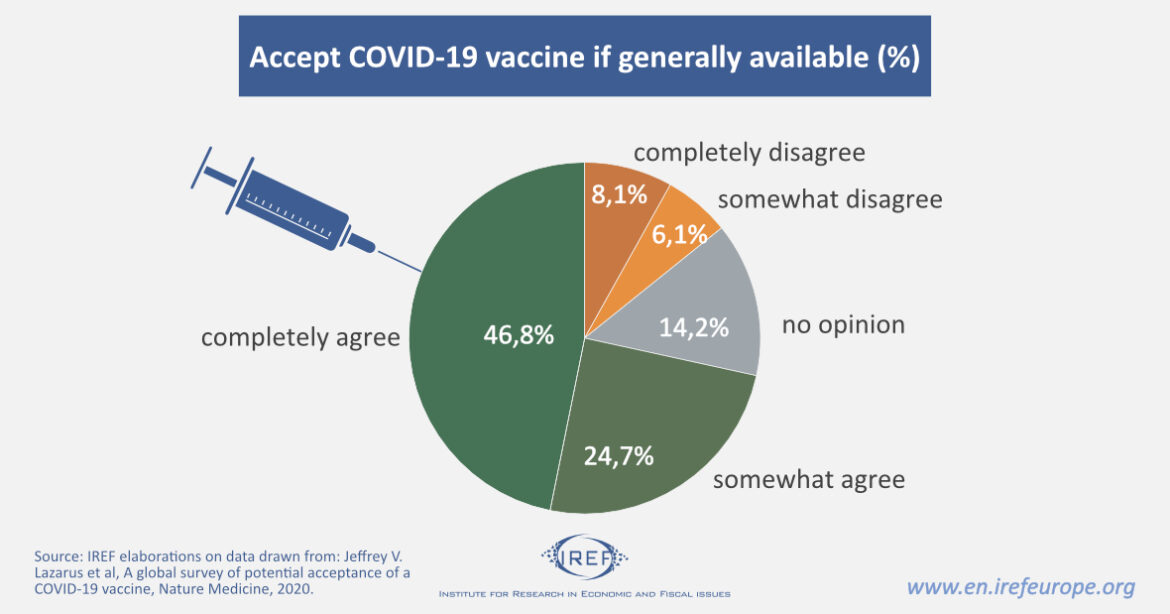 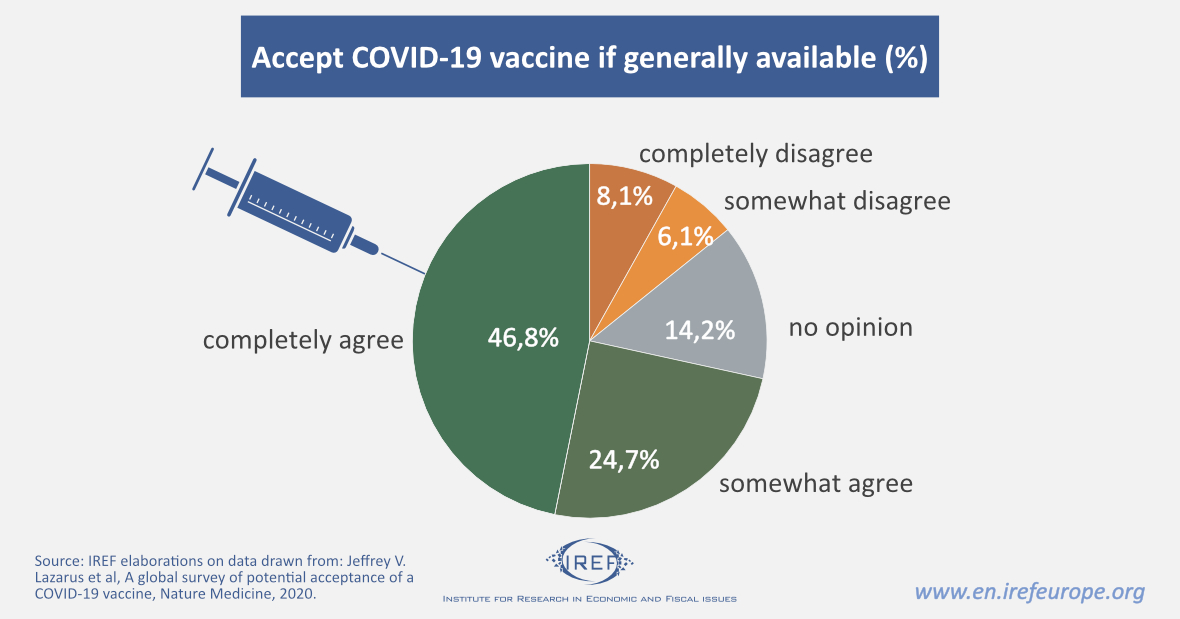 Significant differences among countries were present. The rate of acceptance ranged from almost 90% (in China) to less than 55% (in Russia). It was also observed that information provided by governmental authorities led to a higher probability of accepting a vaccine.

Clearly, opposition or simply hesitancy in regard to the vaccine may make it difficult to achieve coverage and community immunity. Various strategies to overcome people’s doubts are being currently discussed. One possibility is to enforce mandatory vaccination. Less severe options consider incentivizing vaccination through money transfers – an option that would hardly induce the extremist fraction of so-called anti-vaxers to change their minds – and also some soft moral suasion, which emphasises persuasion and excludes that those who refuse the Covid-19 vaccine will be registered.

The arguments for compulsory vaccination

There are two approaches to compulsory vaccination. The first is based on paternalism: public authorities know better than the individuals what is best for them. Following this presumption, vaccination could be enforced, for taking the vaccine is what individuals would themselves choose to do had they the right information and the capacity to use such information appropriately. In Western countries, this argument is not generally employed in public debates and the authorities are generally quite reluctant to rely on it (a notable exception being the justification of nudge policies, where the presumption of superior knowledge by the public authorities is mitigated by the fact that individuals have the option of behaving differently from what is being prescribed). The reason for such reluctance is twofold. On the one hand it is very difficult to prove that public authorities know better than the individuals what is best for them. On the other hand, the argument based on knowledge superiority sounds illiberal even if the government did know better. Indeed, one might argue that making the wrong choice is part of the individual’s natural liberties.

Thus, mandatory vaccination is typically justified on Millian grounds. The government is authorised to restrict one’s choices whenever unrestricted behaviour risks harming others. In the present case, refusing vaccination is not only dangerous for the individual who refuses the vaccine. It is also a potential threat to those who cannot be vaccinated for medical reasons (e.g. pregnant women, immunosuppressed). It is also a threat to those who got vaccinated but for whom the vaccine is ineffective.

There is a potential objection to the Millian argument, however. It outlines that the negative duty of abstaining from doing something that could harm other people does not translate into the positive moral obligation to do something in order to prevent harm to someone. Thus, failing to vaccinate oneself would be different from causing harm by action.

The novelty of Giubilini’s approach is that he sees herd immunity as a matter of collective, not individual, responsibility. To me, collective responsibility (or aggregative collective obligations as he also says) is a notion that risks to go too far, though. If all are collectively responsible, no one is responsible. Thus, this notion turns out to be an empty box.

It is much simpler, I suggest, to stick to a notion of personal responsibility within a team-agency perspective: each individual who is part of a group has a moral obligation to do his share in order to benefit the group. This moral obligation would constitute the basis for any form of coercion within the community to which the individual belongs.

Is coercion ethically acceptable and to what extent?

Advocates of coercive vaccination policies generally maintain that the ultimate goal of such policies should be herd immunity. Therefore, they suggest to adopt the least restrictive alternative criterion as a guide in the design of policies. This means that a community should enforce the least coercive policy necessary to achieve herd immunity.

Herd immunity should be considered as a public good. Within a team agency logic – i.e. a distinctive mode of reasoning used by individuals who perceive themselves part of a group – all should feel a moral obligation to do their share for the success of the common enterprise. Failure to contribute can therefore produce justifiable ostracism: exclusion from social activities would, in other words, be justifiable.

This line of reasoning applies in general, and in particular in regard to vaccines that have been used for a long time and are proved to be risk-free. Caution is in order, however, in the case of the Covid-19 vaccine. The main reason is related to the fact that vaccines against this disease are being approved very quickly, and scientists have not yet had a chance to fully evaluate the potential long-term risks of inoculation. This, and the attitude of some governments that have made quick access to the vaccine a matter of national pride – the case of the Russian Sputnik V is emblematic – lowers citizens’ confidence and contributes to explaining widespread caution. This is a case in which coercion really has to be the last weapon the community uses to preserve itself. 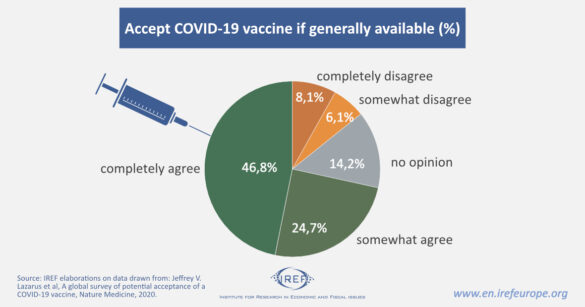