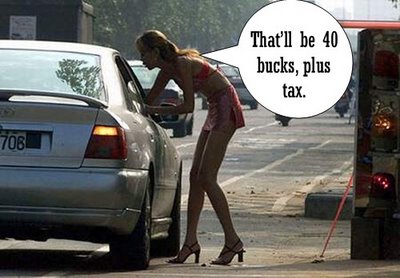 Prostitution is going to enter official Italian GDP figures, allegedly to help the government meet its fiscal targets… The story went viral.
IREF brings you the real story beyond the headlines. Prostitutes in GDP are perfectly normal, everywhere. It’s the way that we measure our governments’ indebtedness that is not normal…

How much debt European governments owe is one of the most closely watched statistics. Indebtedness will not only influence the interest rate at which a government can borrow, but also whether a country will be allowed to adopt the Euro and, once it has adopted it, whether it will be subject to fines and procedures for excessive debt.
There is a great paradox: Even fractional changes in measured indebtedness can have fiscal consequences worth billions of Euros. So presumably we have an adequately precise measurement of debt which is up to the task… But we don’t.

How is government’s debt measured?

Let’s leave aside a whole universe of problems associated with what should be included in the absolute amount of money owed (pensions? underwritten loans?) and let’s assume we have a sum for a country. We need to scale it – debt of 61 million Italians will automatically be higher than debt of the nearby 400,000 Maltese, but that says nothing about its sustainability and risks.
So people divide the absolute debt by the country’s GDP to make them comparable. Google has kindly internalized official statistics (of relative and absolute debts and deficits) into a little toolbox, and literally minutes of fun can be had online by selecting countries and different periods; EU-27 debt/GDP looks something like this: 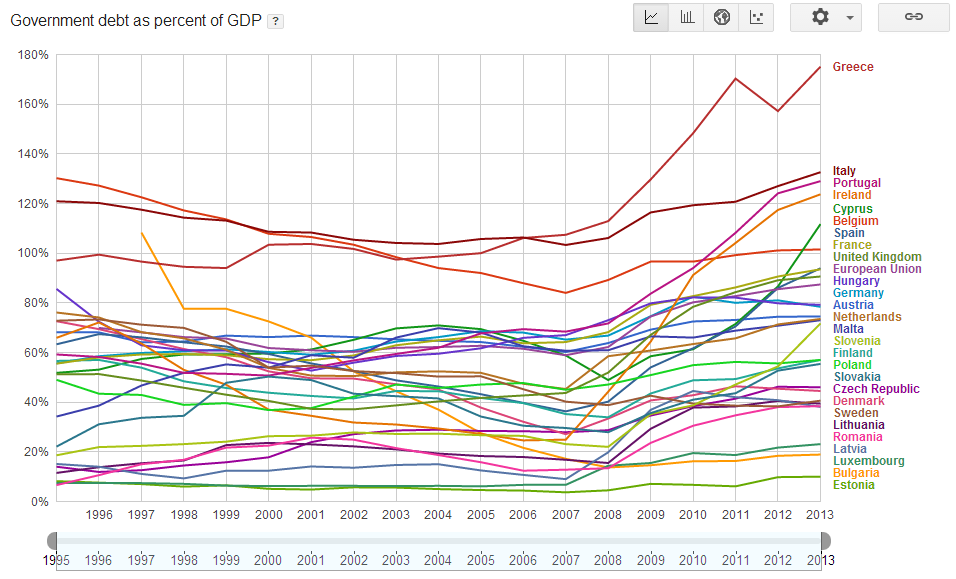 Clearly, there is a huge variation across time and space. The general rise after 2008 is, of course, caused both by increases in absolute debt as well as decreases in GDP. That’s a downside of the debt/GDP ratio as a measure of indebtedness. Even if debt itself does not change, it appears to grow when GDP falls.
But in another way it still makes sense. GDP is also a proxy for what the government can raise in taxes in order to (eventually) repay the debt. Greater GDP can generate greater tax revenue which can be used to repay a given debt.
If tax rates do not change and GDP falls, then we should expect less government revenue to be forthcoming. Less revenue makes government’s debt a “bigger” problem because it would now take much longer to repay it. So it’s just as well that debt/GDP increases when the economy shrinks even though debt itself may stay the same!

We can only compare indebtedness across countries if GDP is measured similarly in different countries. In Europe, we have Eurostat working hard to synchronize definitions of what (and how) gets included in national income statistics.
In an ideal world, it should not matter whether we measure GDP on the production side or on the consumption side. If something was produced (in a given year), it should have been either consumed, or it should show up as a change of stock in some storage, and statisticians can take care of that. In the real world, however, much of consumption and production goes unreported.
Black economy denotes all illegal transactions which take place on the market (and are obviously unreported).
Grey economy is a term for those transactions which are technically legal but go generally unreported – usually for tax reasons. On the production side we can think of workers being paid cash-in-hand, on the consumption these are mostly goods which are not distributed through standard official channels (often imports). In some European countries where prostitution is not illegal it is part of the grey economy. Recent study estimates the size of the EU-27 grey economy at around 15%.
National statistical offices are not dumb. They know that many things go unreported, so their estimates of GDP do already contain both grey and black economies. On paper, at least.

Just as there are 28 tax and regulatory systems in the EU, there are 28 definitions of what constitutes a grey or black transaction. In theory, European statistical offices are already following the OECD guidelines on Measuring the non-observed economy.
The speed with which individual countries implement these measures varies. Some countries were accounting for the non-observed economy even before any guidelines. Of course, once a new method is implemented, that year’s GDP figure will not show up as a discontinuous jump. Instead, all previous figures are recalculated using the new method.
In some countries, the change can be drastic. In 2006, for example, Greece started to include some aspects of the grey and black economies – especially smuggling and prostitution. All of a sudden, Greek GDP rose by 25%!
This set off alarm bells in the EU since the Greeks had previously falsified their statistics around 2001 in order to appear to fulfill the Maastricht criteria and be allowed to join the Euro. But the 2006 revaluation may have been all in good will! The staggering one quarter extra may have just reflected the large size of the Greek underground economy. (It is reasonable to suspect that full accounting would add a lot more than 25%.)
After all, the 2006 GDP revaluation was a double-edged sword. It did make Greek debt look less cumbersome, but it also increased Greek contributions to the EU and limited their access to structural funds.

Countries adjust their methods of accounting for the unobserved economy all the time. Not just to follow the OECD guidelines, now the European System of Accounts has set a September 2014 deadline for EU-wide harmonization of accounting for sex, drugs and downloaded rock’n’roll.
It is therefore curious why the story of Italian prostitutes has gone so viral. In late May the Italian statistical office announced that it will include economic value of prostitution and drug trafficking. But all they are doing is harmonizing their method with the rest of the EU before the deadline. It is by no means new.
Prostitution illustrates the dilemma vividly. In some countries (such as Germany, Austria, Hungary, Czech Republic and yes, Greece) prostitution is legal and therefore subject to “grey” treatment, different from the hitherto “black” Italian treatment. After all, back in 1986 a similar addition of the grey economy to Italian statistics resulted in il sorpasso when Italy briefly overtook Britain as Europe’s fourth largest economy.
The real story is therefore not that Italy is counting its prostitutes in the GDP but that it is doing so only now, after many other countries had been doing it for years. That the measured indebtedness may now slightly decrease is a mere consequence of, hardly the reason for doing so.

GDP and the ability to repay debt

We have said at the beginning that linking a country’s debt to GDP generally makes some sense, since GDP is a reasonable proxy to taxability. Statistical revisions are very frequent and usually result from new data that have come to light.
Including the grey and black economies in GDP may give us a better picture of people’s well-being in the country: People enjoy the fruits of their exchanges regardless of state approval, and sometimes the forbidden fruit even tastes the sweetest. But grey and black economies are by definition not taxable parts of the economy. Their inclusion therefore drives a wedge between measured GDP and the taxable economy.
As tax rates and regulations increase, grey and black economies will continue to grow, and so will now the measured GDP. But the relative taxable portion of the economy will decrease, not increase. Debt/GDP ratio therefore becomes a much less useful measure of sustainability of European debts once the link to taxable economy is broken.
But there is a silver lining, even for the governments. A GDP which includes grey and black markets will give them an idea just how large the taxable economy could be – if only they reduced their taxes and regulations.
Statistical offices should therefore publish both GDP figures – without and with grey and black economies. Debt should continue to be divided by the smaller, taxable GDP, and governments will get to see from the difference what their policies make them miss out on. 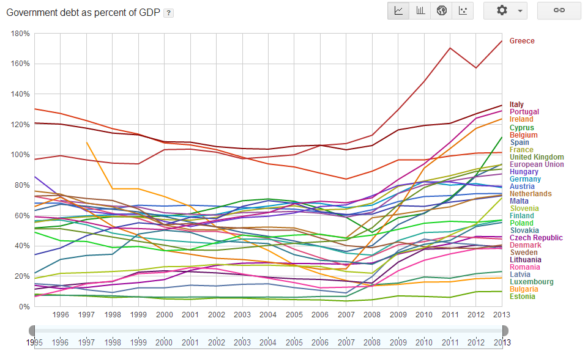