Georgia: an Economic Success Story Despite the Odds

While brilliant and timely political and economic reforms characterized the Baltic states, in the early 1990s, Georgia remained under the direct political and economic influence of Russia until recently. Georgia depended on Russia for trade, oil, gas, electricity, wheat, and other cereals, remittances and many other issues.

Georgia’s economic independence was further jeopardized by a long list of specific measures: 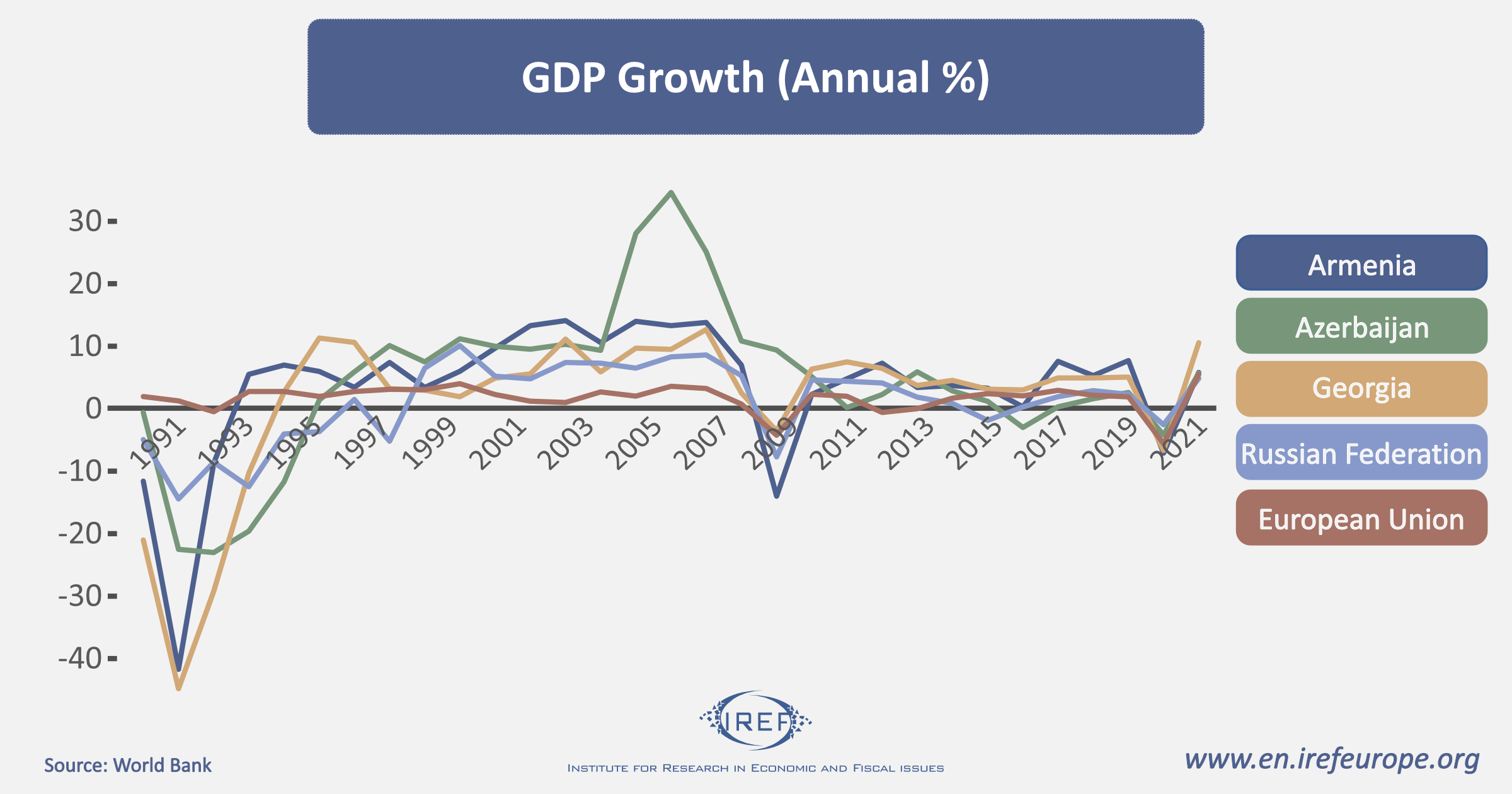 How was Georgia able to confront a much stronger military and economic opponent?

Guided by free-market-oriented reformers, in late 2004 Georgia took the road toward economic freedom. Reforms have reduced regulation, the arbitrariness of civil servants, and corruption. Unilateral trade liberalization was implemented, conditions for investment and travel were simplified and visas were canceled for citizens of the vast majority of countries. Moreover, large-scale privatization of state-owned property and businesses took place, procedures for doing business were simplified, capital requirements for starting a business were eliminated, and business registration became possible in one day, with minimum costs and no difference in requirements for local or foreign citizens. Barriers to opening a bank account for individuals or businesses, including foreigners, were also removed. Restoring trust in the police, arranging transparent public services on the principle of a single window, and introducing many successful economic practices from the experience of freer countries (such as New Zealand, Hong Kong, Singapore, Poland, and Estonia) were key factors or transformations.

Finally, and despite heavy economic pressure, Georgia refrained from imposing a counter-embargo on Russian goods, investors, and business travelers. No restrictions were introduced for Russian-owned companies. Visas for Russian tourists were eliminated, and the friendly attitudes toward peaceful Russian tourists have not changed.

The country soon became an attractive place to live and do business, optimism prevailed, and self-confidence was restored. In brief, people started to think that a better life would be possible.

Understandably, Georgia switched completely from Russian to Azerbaijani gas, reorganized its energy sector, and eliminated its energy dependence on Russia. The reorientation of Georgian agriculture to other countries, including European importers, allowed rural entrepreneurs, especially wine and spirits producers, to enter other markets and improve quality. Dialogue with the EU and China regarding the free trade agreements came to a successful conclusion and are no operational.

In essence, the economic embargo became an additional motive for reform, and by 2010, Georgia was recognized by the World Bank as the most reforming country in Europe; Georgia became an economically free country, according to such studies as Economic Freedom in the World – Fraser Institute and Economic Freedom – Heritage Foundation.