Croatia has Joined the Eurozone. Let’s Look at the Upside, with also a little Caution

Croatia became the 20th Eurozone member on January 1. Regular readers know our often expressed view that the euro is a deeply flawed currency design; even former ECB President Draghi compares it to a bumblebee – it shouldn’t be able to fly but somehow it does. So how does it remain airborne?

In September, we were sceptical that the ECB could find a policy that works both for Italy whose huge debt craves low interest rates and for Germany who publicly call for preservation of the euro’s purchasing power. Doubtless to placate Germany, in the last six months the ECB has abandoned “forward guidance” and raised rates relatively aggressively first by 50bp in July then a further 25bp in September. Early in January, the 10-year government bonds of Germany yielded 2.3% compared with Italy’s at 4.3%, a differential deemed by the ECB evidence of “orderly” financial markets though doubtless kept down to this level by deployment of the massive bond buying programmes and supranational liquidity resources of the ECB and sister institutions. But surely, increasing short term rates whilst using debt and the printing press to suppress long term yields is walking a policy high wire? 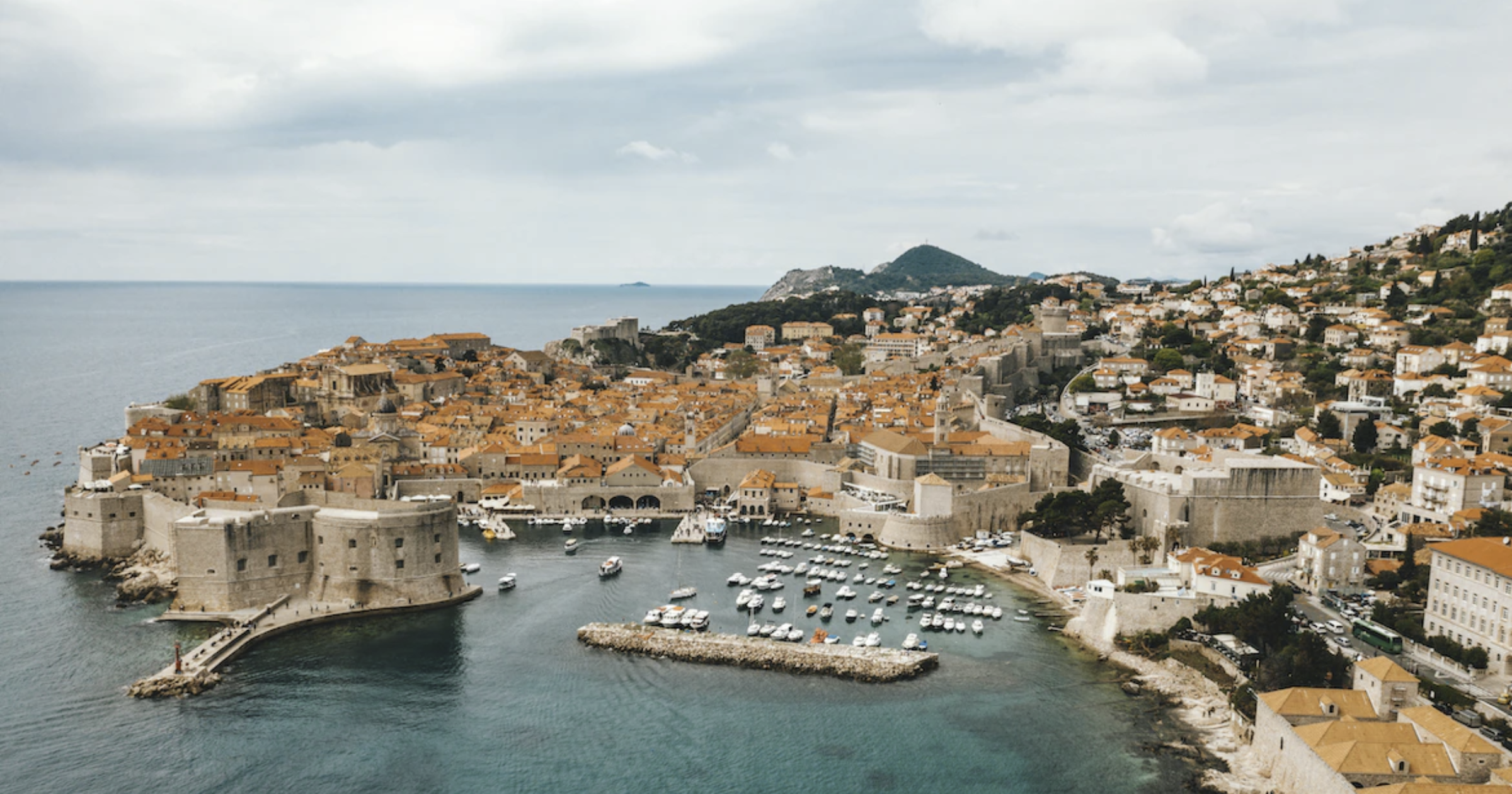 What are the Benefits Which Croatia will now Enjoy?

Current ECB President Mme Lagarde declared that Croatia will now benefit from the “Shield” of euro membership. This claim raised smiles in UK newspapers.1 Is such skepticism justified, or do financial and geopolitical reasons justify Croatia’s joining? With the country facing headwinds – industrial output fell during 2022, unemployment recently reached a seven-month high, its current account gap is widening and inflation is running at 13.4% – it can ill afford a blunder.

Yet there are clearly advantages to Croatia and other candidate countries of eurozone membership, even though nobody seriously believes that it is a well-designed currency or that its stewardship by the ECB is particularly sound. The positive reasons can be categorised as broadly three:

A) The Bumblebee Quality
As set out above, present ECB policy confounds almost all the beliefs of every dead economist of whatever political colour. If unimaginable levels of liquidity provision supplied through a combination of money printing and huge but uncollateralised supranational debt foisted upon 20 member states with little ‘skin in the game’ somehow works, then those predicting the fracturing of the euro must be wrong.
B) Access to Free Money
By moving from outside the tent to inside, Croatia will benefit by likely having applications for infrastructure and other projects approved by funds such as the € 750 bn Next Generation Fund, more than half of which will be disbursed by way of grants, not repayable loans.
Croatia’s banks will also be permitted now to overdraw their accounts with the Target2 settlement system. They can now follow Italy and use the settlement system as a new source of unlimited and never to be repaid credit from Germany, the Netherlands and Finland principally.
C) Geopolitics
With Black Swan events such as COVID, Ukraine, Crypto/FTX popping up with increasing frequency, it is easy to understand why smaller fringe countries such as Croatia have decided that the geopolitical benefits of full club membership trump the risks that the ECB might fall off its high wire.
Do the geopolitical advantages compensate for the additional sovereignty sacrifices and joint and several euro system liabilities?
Crypto is one relatively small issue but in the news now. ECB Executive Board Member Fabio Panetta recently published an article calling out all crypto as ‘gambling’.2 Previously the ECB, Bank for International Settlements and other major institutions had been more kind, using terminology such as ‘cryptoassets’ which in our view adds legitimacy to crypto. Of course, Mr. Panetta’s purpose in so labelling is to push for the adoption of the Financial Stability Board’s proposals for regulation. These proposals include the recommendation that ‘unbacked’ crypto such as bitcoin attract a weighting of 1250% under the Basel Rules, meaning that banks will divest. And of course the article somewhat illogically claims that recent crypto shenanigans demonstrate the need for a ‘free and dependable central bank digital settlement asset’ namely a central bank digital euro. This argument is clearly specious; the last thing the crypto community want is any incursion of central banks onto crypto turf.
Of far greater concern than crypto’s regulatory status is its embrace by the venture capital industry and associated members of the ‘traditional’ financial establishment, who are now only too happy to support each new hot crypto business and pump it until it breaks. One example is FTX.

Given all the above considerations, the appeal to Croatia of removing any impediment to qualifying for full future ECB lifeboat inclusion is understandable. But even if the ECB provides a lifeboat, what if it belongs to the Titanic?

The fundamental flaws of the euro project are well known and provide the best explanation for why the ECB has ended up in its current predicament. As one alarm bell after another rings, the firefighting team is sent out each time, albeit with new, supposedly better equipment and tools. Whether the use of such tools violates a strict reading of the Maastricht Treaty is now almost beside the point as the geopolitical winds blow the EU into a collective, existential crisis mode.

All the while the Target2 imbalances grow, both outright and relative to euro-area GDP. If the ECB’s unconventional, arguably unconstitutional tools were working, this would not be the case.

Some might argue that even ineffective tools are better than none at all. But now the external environment has changed. Inflation is at generational highs across most of the world. Central banks the world over are raising interest rates. The ECB has no choice but to do the same, or the euro will decline, keeping inflation elevated. High inflation changes the internal politics of the euro, as some member states are more politically sensitive to higher rates of inflation than others.

Moreover, the ECB will suffer large losses on its balance sheet as rates rise. Correspondingly, member states will need to recapitalise the ECB as required. This is likely to be politically awkward in some member countries too, especially those where long-submerged populism is bubbling to the surface.

By joining the euro, therefore, Croatia may merely be exchanging one set of economic risks for another. Yet whereas it has a degree of control over those pertaining to its own currency, it will lose all latitude once euro membership is complete. And if the euro itself should fail in future, the disruption to Croatia’s financial system and economy will be all the more severe.

Politically, the choice has been made. It is now a fait accompli. But perhaps it will be the last of its kind.

EU rules dictate that all post 1992 joining member states MUST adopt the euro, so surely Croatia is just complying with the rules of the Club? But somehow Sweden, Denmark, Poland, Czech Republic, Hungary and Romania manage not to. Bulgaria is the only other non euro using EU member state and they have signed up to following Croatia into the fold in one year’s time.

But the case of Bulgaria is most interesting; euro membership is controversial and this single issue so hotly debated that it has played a significant factor in the collapse of three governments in the past two years. Bulgaria already uses the euro de facto via its currency board, a highly popular institution, so there is no foreign exchange reason to join.

So we look forward to further developments in 2023; Croatia and Bulgaria might prove two different halves in the same football game.

Georgia: an Economic Success Story Despite the Odds