Copyright 2022 IREF Europe
Home » Review of the Year, and our Expectations for 2022
FeaturedIREF Newsletter

Lest our readers might consider that our seemingly disparate range of monthly topics are randomly chosen, we summarise below how our newsletters attempt to form a pattern enabling some overall analysis of ECB thinking to be deduced. We see increasing parallels between the ECB/ Eurosystem’s approach to creative accounting and masking of its debts, and the banking system’s use of financial engineering to conceal exposures in off balance sheet vehicles. 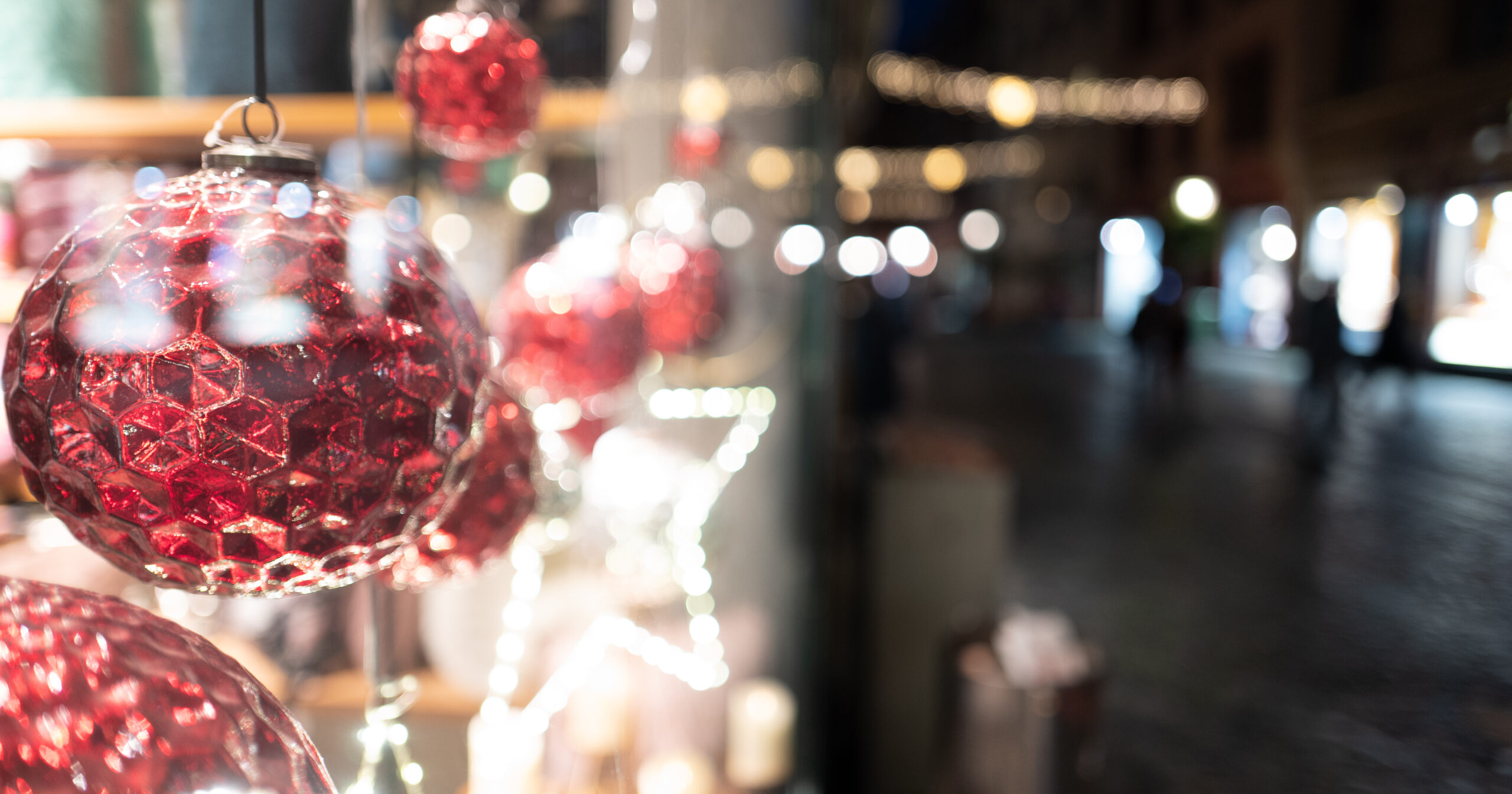 Our view that the central banks of Europe (not only the ECB) are not really independent, but rather under tight governmental control, is supported by our October piece which described multiple UK government measures deployed since 2013 to support UK house prices. These measures have always been presented as ‘helping’ homebuyers. Because the funding and credit risk of these housing-related exposures lies either directly or indirectly with the central bank, we concluded that not only is the Bank of England (BofE) under governmental control but (for reasons of self-interest) heavily incentivised to keep interest rates low. The very next month the BofE was widely criticised for not raising rates.

Obviously, the national central banks (NCBs) in the Eurosystem, although not directly controlled by any specific member state government, have built up similar if not greater exposures not only to real estate in general, but more specifically to non-performing loans (NPLs). This €1trillion problem was first highlighted in 2014. We reviewed the history from the perspective of Italy in June. We pointed out that Italy’s pioneering ‘private sector’ solution, securitisation, is anything but. The credit risk is assumed by the Italian taxpayer. Such an investment grade state guarantee both enables the securitised bonds to be purchased in circular fashion by the securitising bank (thus reducing the previously high NPL regulatory capital requirement to zero); and also qualifies the bonds for Eurosystem refinancing, meaning that the Banca d’Italia buys them in exchange for newly created euros. New NPL accounting rules meant to take effect from 2018 were watered down by the European Banking Authority, and in 2020 (pandemic) many NPLs were granted moratorium status, meaning that debt service was legally suspended. We concluded that, adjusted for these factors, the true level of eurozone NPLs – albeit now spread across government, Eurosystem and bank balance sheets – has surely continued to increase from 2014-5 levels despite reported shrinkage.

Digging further into the theme of how regulatory capital metrics provide an always inflated and misleading impression of the solvency of financial market firms, in March we covered the collapse of US hedge fund Archegos. We noted that the USD 20 billion losses reportedly sustained by Credit Suisse against cash collateral held of USD 10 billion demonstrates that the standard ‘value at risk’ (VAR) calculations underpinning the Basel Rules understate exposures by at least 100%. Even more telling is the sister metric – risk weighted assets (RWA). After calculating VAR at step 1, banks are then permitted to reduce the gross figure because some counterparties (other banks) are considered less risky. The RWA of Credit Suisse’ global derivatives book was reported in its end 2020 accounts as CHF25 billion, against which it was required to allocate core capital of CHF 3.23 billion. The derivatives element of its Archegos losses (CHF 5 billion) therefore represented not only 20% of the RWA of Credit Suisse’s global book, but also wiped out 150% of the core capital allocated to the entire global book. Supervisors and regulators have ignored these Basel rules points and the story has died, but these numbers patently debunk any presentation of Basel regulatory capital measures as indicative of solvency. The story further evidences our consistent theme that there has been little reform of banks’ abilities to game regulatory rules, to hide exposures and to front-end future hoped-for profits via financial engineering.

Doubtless encouraged by the burying of the Archegos story and conspicuous lack of attention to the inadequacy of regulatory capital measures, the Association of Financial Markets in Europe (AFME – one of the largest finance industry lobbying groups in Europe), decided to push hard for firms to be permitted even greater leverage thanks to regulatory capital arbitrage over the summer. The concealment of sub-prime mortgage exposures is widely credited as a major factor in the Great Financial Crisis (GFC). To recap, this was initially believed to be just a liquidity crisis. However, initial estimates of losses proved woefully short, and it was subsequently realised that the GFC was not merely a liquidity shock, but a story of widespread insolvency masked by then prevailing Basel capital measures. Central banks had no previous knowledge of true commercial bank exposure levels owing to re-securitisations, hidden leverage and concealment. Nonetheless, AFME maintain that today’s Basel rules are overly conservative, are disincentivizing real money investors (pension funds and insurance companies) from supporting mortgage and consumer loan markets, and that the only way to kickstart economic recoveries is to loosen these constraints against financial engineering.

Looking back, the period from 2014 – 20 will perhaps be regarded as the ECB and European Commission’s most intensive effort to deepen European Monetary Union. In this period the Single Supervisory Mechanism for banks was developed, creditor bail-in rules established, and member state support via the European Stabilisation Mechanism decided upon. Substantial resources were devoted to going further, such as exploring the feasibility of pooling member state debt in securitisation vehicles, termed Sovereign Bond Backed Securities . But Germany (and the small group of creditor states) held firm in their resistance to such further monetary deepening. The ECB perhaps realised that its large pandemic response programmes (The Pandemic Fund, Next Generation EU, and multiple asset purchase programmes) have at least for the foreseeable future killed off hopes of further integration. In May we opined that, rather than exposing Germany to more liabilities, these huge programmes are merely contingent liability claims on the majority of the member states unlikely to be enforceable against the taxpayers of any.

We expect 2022 to portend further exploration of accounting sleight-of-hand within the Eurosystem and the EU’s financial institutions. The simple model (originally developed in 2014 in the context of the ESM) of announcing a fund (the ESM started off as €700 billion) backed by ‘paid in’ capital of €80 billion and labelling the rest of the liabilities ‘subscribed but not paid’, has become the EU’s modus operandi. And yet, contrary to claims that the ECB is running out of ammunition to forestall any future funding crisis, this technique can be repeated again and again to create new liabilities backed by little or nothing at all, for so long as global capital markets continue – rather naively – to believe that all of this debt can be tracked back to Germany.

One possible 2022 development harks back to our January newsletter which discussed the possible post Brexit UK-EU financial services relationship. These negotiations failed in the summer without any agreement. However, it was recently announced that clearing of euro derivatives will remain in London for an indeterminate period. It is indeed better not to cut off the telephone line to your banker when you need to borrow a lot of money. London remains the Eurozone’s gateway into global financial markets and has so far been extremely willing to help float the bonds of Eurozone counterparties. Who wouldn’t when the concert party of Eurozone counterparties immediately buys whole issues back? Some commentators have claimed that the Pandemic Emergency Purchase Programme took up almost all of the new issuance of Spain and Portugal in 2020. With such a degree of round-tripping, the Eurosystem comes ever more to resemble the Soviet-style Monobank, which survived for 45+ years before confidence wobbles led to hyper-inflationary currency collapses.