What Should Investors and Banks Expect to Change?

There was universal relief in the UK and international media at the demise of Prime Minister (PM) Liz Truss and her replacement by the man she had recently defeated in the summer long contest to replace Mr Johnson, Rishi Sunak. Mr Sunak’s elevation reassured investors and markets. The main policy difference between the two is that PM Truss had announced ‘unfunded’ Arthur Laffer style tax cuts to boost the economy. Of course the policy announcement or ‘budget’ was formally presented to Parliament by her Chancellor Kwarteng, whom PM Truss quickly sacked when international markets reacted unfavourably. Sterling fell on the foreign exchange markets and UK pension funds announced impending bankruptcies in the face of margin calls, owing to their vast leveraged holdings of long dated UK government bonds (gilts) and equities whose prices had been falling faster after the budget’s announcement.

Against this chaotic backdrop, PM Sunak was welcomed as a steadying hand on the tiller. In Jeremy Hunt he appointed a Chancellor whose policies are likely always to mirror his own. In a solemn voice Mr Hunt took to the Sunday shows mid November to intone that he had the difficult job of ‘balancing the books‘ and that ‘everybody will be paying more in taxes’. Commentators expect GBP 50 billion of belt tightening, a combination of spending cuts and tax rises.

But should PM Sunak indeed be regarded as a safe pair of hands? We doubt he should. The UK’s debt, banking and pension fund problems have sharply deteriorated since early 2020, just as Mr Sunak took high office with responsibility for these matters. The Johnson Government came to power in late 2019 and by mid-February 2020 Mr Sunak had become Chancellor (or Finance Minister). Let’s look at his track record. 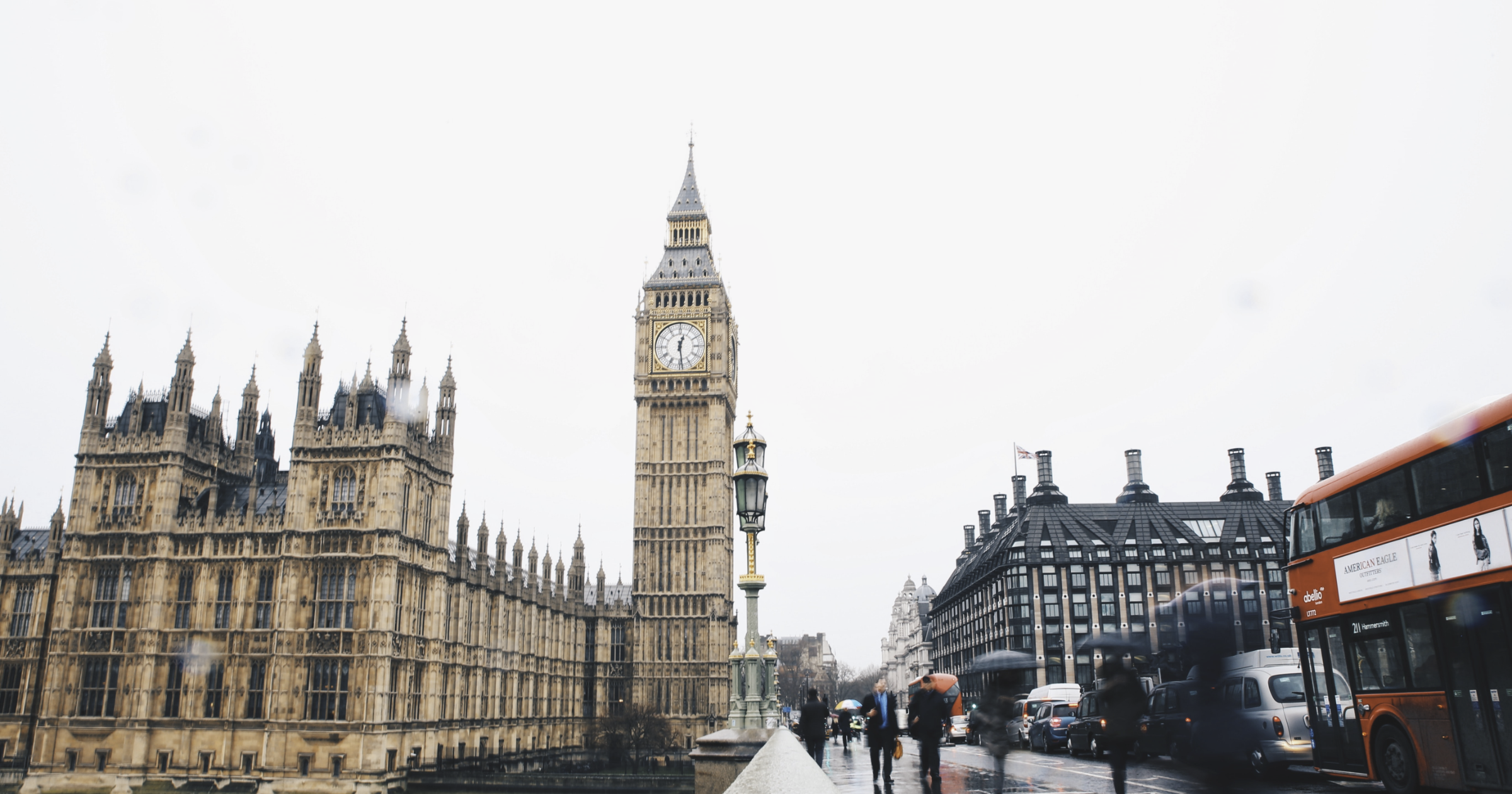 The UK’s public debt to GDP ratio jumped from 83% in March 2020 to 95% – GBP 2.4 trillion – today. This is worse than Germany (70%) and not far behind France (113%), but not yet in the territory of Greece or Italy. It seems probable (Walbrook Economics citation) that the UK will borrow (net) a further GBP 200 billion in each of the next three years, so with economic growth stagnating this UK ratio could become significantly worse than France’s.

Nobody can blame Rishi Sunak for Covid, but a) he was a powerful, influential and vocal supporter of lockdown, and b) he introduced and championed several lockdown support schemes that have been widely criticised as expensive, substantial burdens on public debt and exceptionally beneficial to fraudsters. If that were insufficient cause for concern, the brief chronology of his COVID support schemes demonstrates shallow thinking and extreme flip flopping with scant regard for safe stewardship of public funds.

As soon as the economy was locked down Chancellor Sunak announced government support in the form of Coronavirus Business Interruption Loans (CBIL). These never took off because business owners were required to give personal guarantees and pledge their houses, which very few agreed to do.

Within days a new scheme was announced: ‘Bounce Back Loans’. Banks were told to lend to any UK company that applied, and banks were also explicitly prohibited from undertaking any due diligence including credit checks. Banks advanced GBP 47 billion of these loans in reliance on the taxpayer indemnity for any losses whether from credit default or fraud. Unsurprisingly criminals fell over themselves to establish new companies with no activity, draw GBP 50,000 loans, default and disappear. PWC estimates losses through fraud at GBP 4.8 billion.

Chancellor Sunak then launched another fairly pointless support scheme for restaurants ‘Eat Out to Help Out’ costing GBP 0.85 billion. Two further indicators of worsening financial stability on his watch are a) Treasury and central bank not so subtle manoeuvrings to abolish cash and b) the September pension fund crisis and bail out.

Commentators agree that Mr Sunak lost the original PM race to Ms Truss at the first hustings. On national TV he enthused about his passion for digital transformation in payments and banking. His electorate, generally 60 plus conservatives fumed at this. Less well known was his contribution to the Queen’s last announcement of forthcoming legislation; which explicitly stated government plans to retain access to cash ‘for those who need it’. With his approval the Treasury and Bank of England are actively working on the replacement of sterling cash by a crypto styled new pound to be trendily called ‘Britcoin.’

However, this Britcoin initiative is fraught with problems for the Prime Minister. Firstly, there is likely to be a huge public backlash once the policy discussion broadens from Bank of England hosted events on Zoom attended by professional service firms and monetary geeks. The popular press is becoming aware of it and preparing to attack the concept all guns blazing. Secondly, PM Sunak has a presentation problem. As we have previously explained, central bank digital currencies differ in multiple ways from cryptocurrencies, the most obvious of which is that many cryptos operate on blockchains and are at least in theory decentralised. Clearly any UK CBDC will be tightly controlled by the Bank of England and administered on a centralised ledger. But presentation counts for a lot, and although Mr Sunak may have proudly endorsed the label ‘Britcoin’ when first coined, the November collapse of the fourth largest crypto exchange FTX, reported widely as crypto’s ‘Lehman Moment’ will not engender public confidence.

One unintended consequence of the decade of near zero interest rates is that many pension funds are in deficit, meaning that the assets they hold are worth less than today’s valuation of their liabilities to pay pensions over several years.

The solution to this pension deficit problem has been to sell assets and use the proceeds of sales to make leveraged gambles on financial markets. These LDI derivatives have been actively encouraged by the Pension Protection Fund (PPF), a government institution which operates in effect as the pension industry regulator. Example; if a pension fund had in 2018 liabilities of 100 and assets of 80, the PPF has been threatening to remove pension trustees from office unless they enter into derivative arrangements with City and Wall Street investment banks under which they physically sell 20 of assets, and pledge that as derivative collateral for the gamble (total return swap) that the price of gilts or an index of shares will rise. This is exactly how hedge fund Archegos went bust last year. [NL April 2021,]

Because the Bank of England has over the past year raised interest rates several times, the price of long term gilts (which commonly back these LDI derivatives) has halved as these gilt yields have risen from 2% to 4.5%. On September 26 financial markets reacted logically to the budget of Mr Kwarteng which included talk of ending unlimited support for banks, resulting in pension funds warning the Bank of England that without bailouts they were bust. The Bank promptly printed and bought in the markets GBP 65 billion of gilts, declaring this was NOT quantitative easing.

PM Sunak is only 42, he has worked at Goldman Sachs but even his PR machine does not point to any particular innovative initiatives he started or achieved there. In public office his track record is consistent with him having only superficial at best understanding of the deep seated problems now structurally embedded in the UK banking and pension system. His strategy to date has been to praise the Bank of England and the economic forecasting institution, the Office of Budget Responsibility. We frequently write about the central bank; the OBR has consistently underestimated inflation, exaggerated GDP forecasts and fails to grasp the seriousness of the public debt problem.

PM Sunak probably has a strong hunch that the best way of preventing a rerun of 2007-9 bank runs is to push hard in 2023 for Britcoin and abolish cash, enabling the authorities to restrict bank withdrawals.