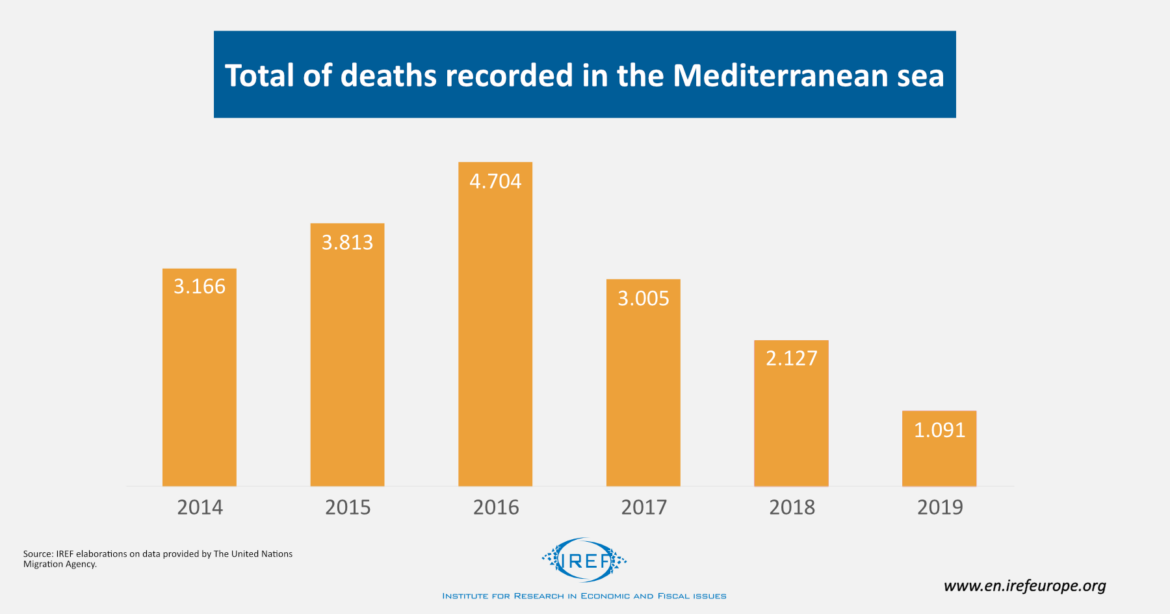 A few weeks ago, the bodies of 39 people were found in a lorry trailer in Essex. They were Vietnamese migrants, including eight women, three boys and twenty-eight men. The eldest victim was 44, the youngest 15. This was just one in a series of dreadful events that have occurred in Europe over the last few years. A long chain of desperation and hope that has produced nearly 10 thousand deaths in the Mediterranean Sea over the period 2016-2018. 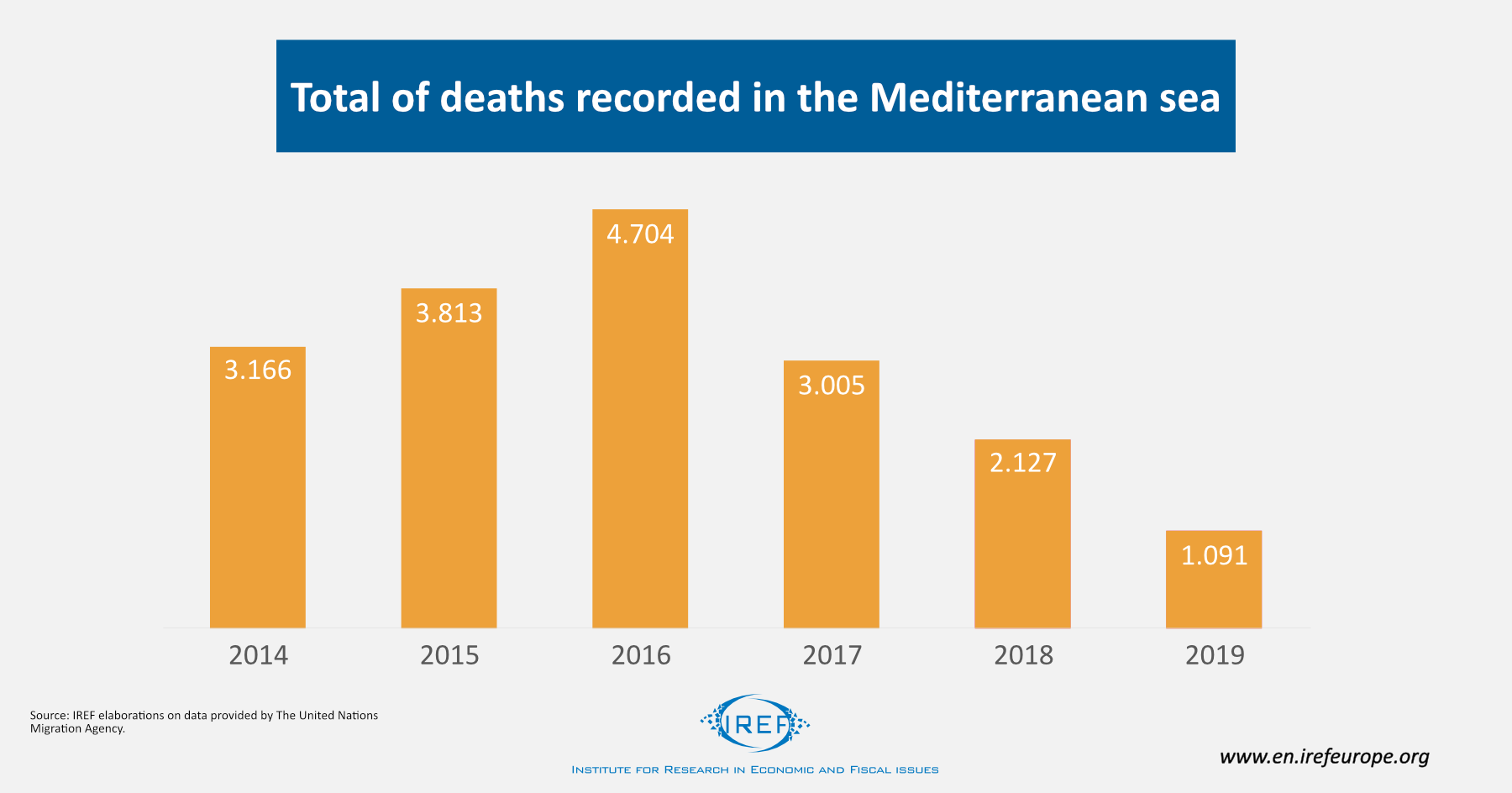 These events have also had an impact on the political stability of richer countries. The Spanish anti-immigration party Vox – the main mantra of which was the (false) assertion that foreigners are three times more likely to commit rape than Spaniards – more than doubled its previous score at the recent general election. Matteo Salvini, Viktor Orbán and Marine Le Pen share a similar perspective on migrants, while Nigel Farage and other UK leaders claim that it is necessary to stop immigration to ‘protect jobs for the children of British people’.

The immigration issue can hardly be overestimated. This article tackles some general aspects related to it, and underscores the features of the so-called immigration market. A future article will consider whether and how political stability in western countries is threatened by immigration, examining some key problems related to immigration policies.

In assessing the pressures exercised by immigration, there are some points worth emphasizing. First, the absolute number of immigrants offers a picture very different from the one that emerges if one puts immigration in relative terms. 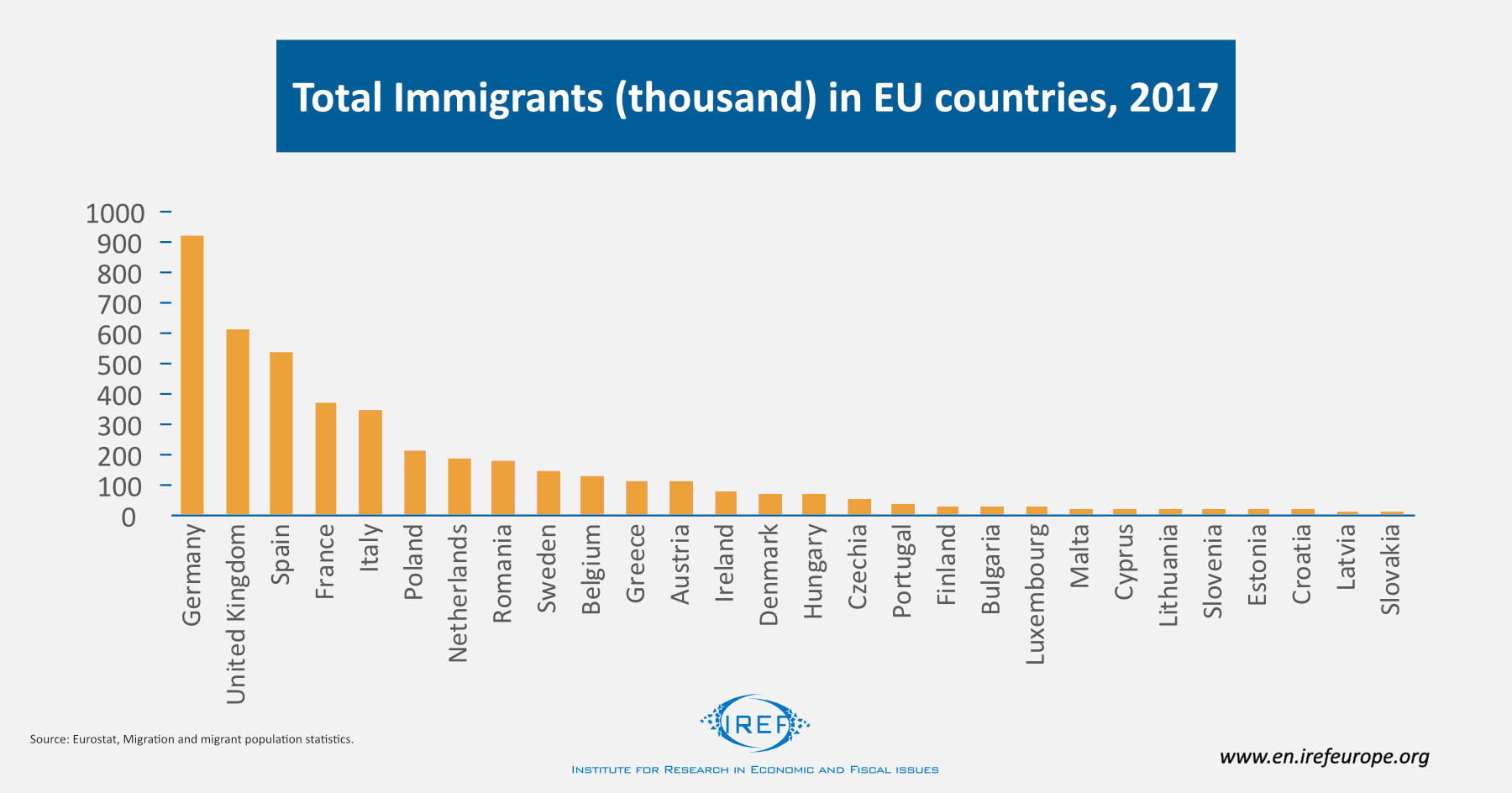 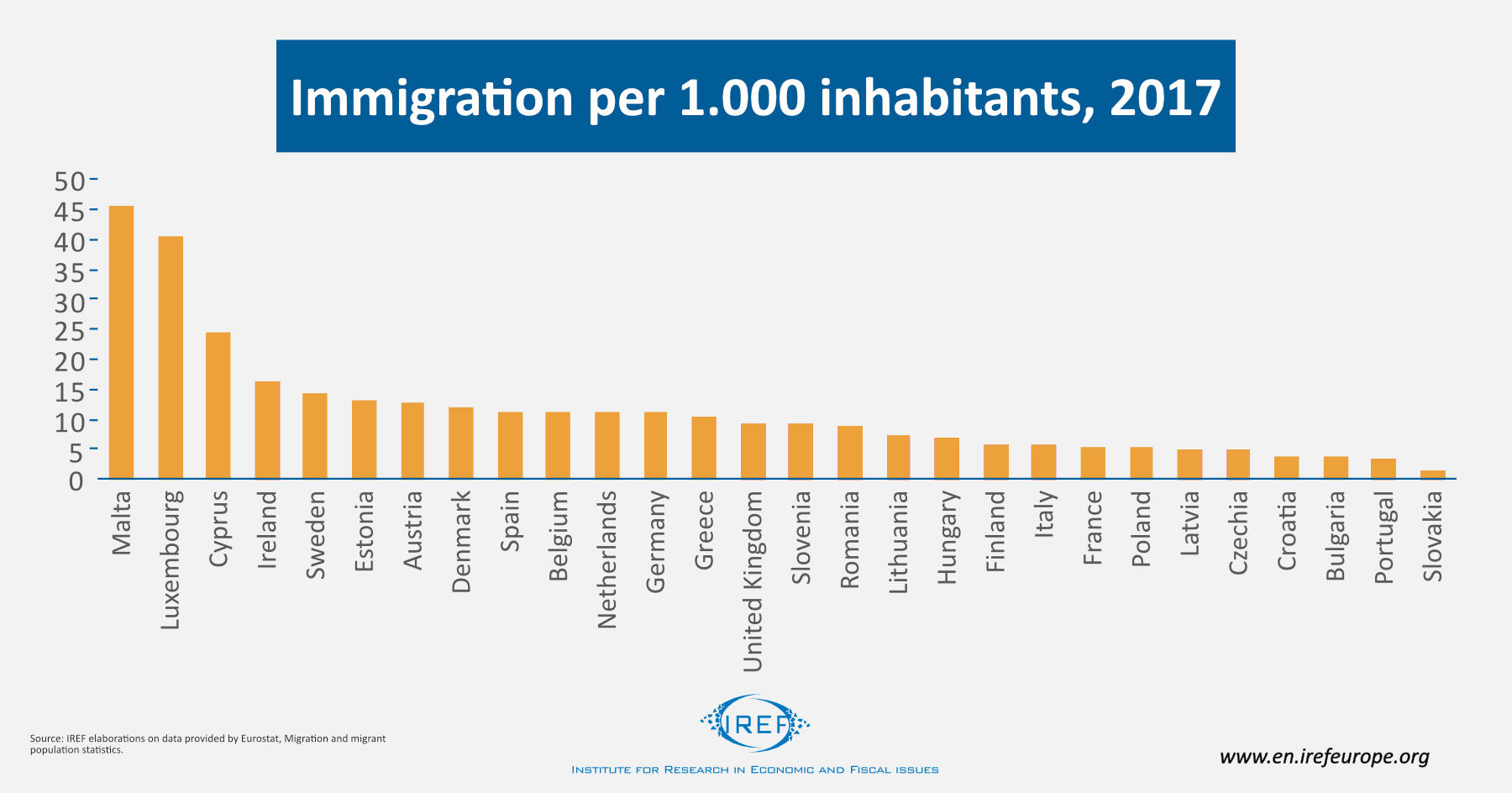 Second, not all countries absorb the same type of immigrants. For example, the situation in Belgium – where the foreign population mainly comes from Europe – is somewhat different from that prevailing in Germany, where a relevant share of the foreign population comes from the Middle East. There are indeed grounds to argue that the cultural distance – e.g. religious beliefs, cultural values and so on – between natives and immigrants is more striking in the latter case. 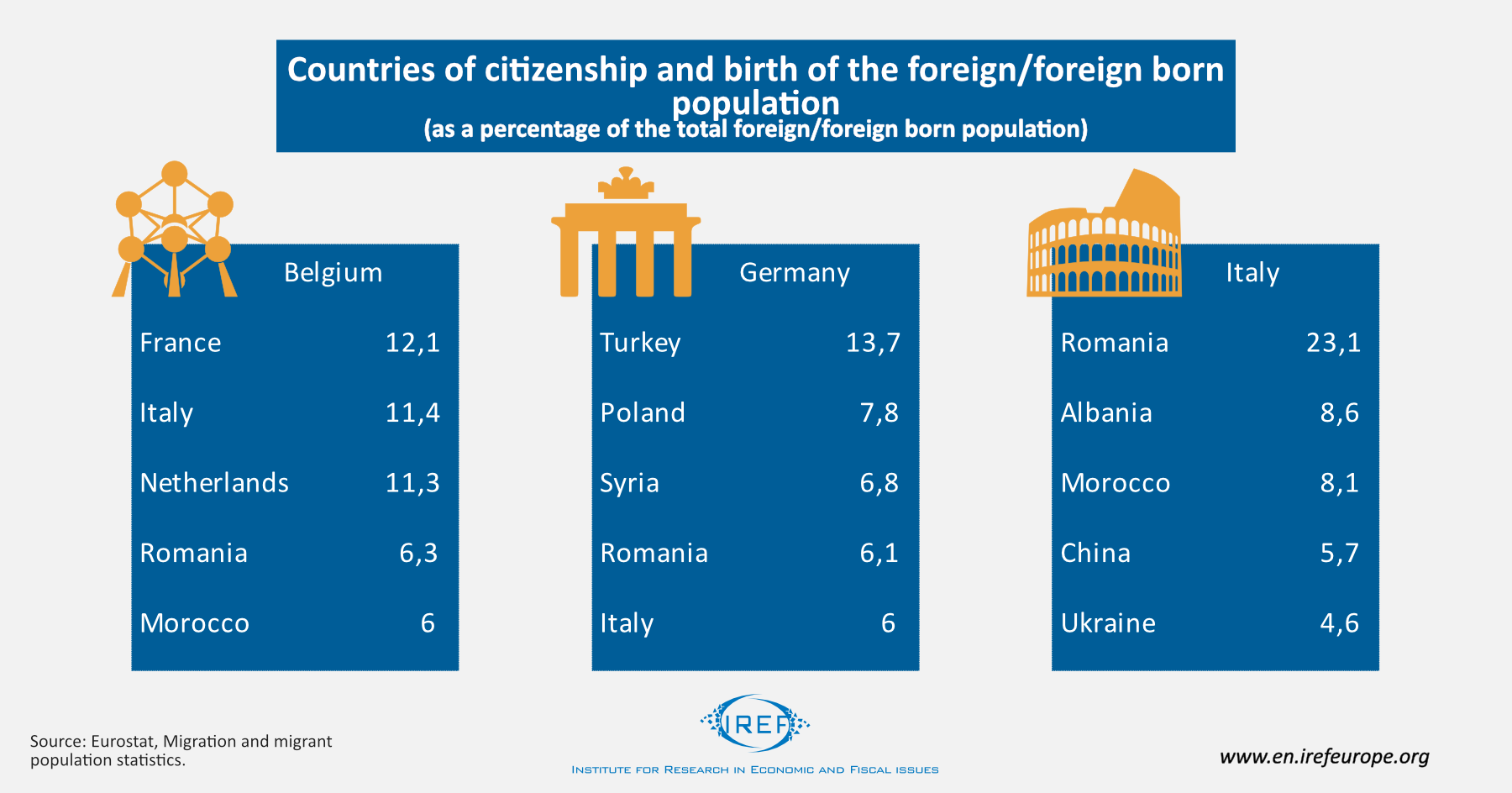 Third, large flows of immigrants (as experienced by Italy, Greece and Malta in the last few years), may have a relevant impact on the public opinion of the destination country, hence on people’s attitudes towards the phenomenon, even if the stock of immigrants over the total population is low in comparative terms (as it is in Italy, for example).

Historically, people have come together by forming relatively homogenous groups, in which cultural identity plays an important role. Being part of a group is obviously at the basis of any In-Out perspective, ultimately feeding the distinction between locals/natives and foreigners.

Affluent liberal societies are based on the principle that no one should be treated differently as long as he/she respects the established rules of peaceful coexistence. They assume that all men are born equal and that any civic community is a network of cooperative relationships for the mutual advantage. Ethnic differences, religious beliefs or cultural values do not justify social exclusion, unless such values or beliefs put at risk peaceful coexistence and cooperation.

Immigration should not be a problem for these societies, then. Whoever wishes to move away from her/his native land and look for greater opportunities in other parts of the world, should be allowed to do so. This would also meet the interests of those already resident in the area of destination.
However, liberal societies are now increasingly fearful of immigration, a phenomenon perceived as a threat, rather than an opportunity. Why is that?

Part of the answer depends on how the locals perceive immigrants. This characterizes the demand side of what might be called the immigration market. It is well known that people usually feature a loss bias, a notion similar to risk aversion: given a potential loss and a potential gain of equal size, individuals tend to give more weight to the loss. Short-sightedness also plays a role, since people tend to underestimate future large gains, especially when they are accompanied by certain, current small losses. These phenomena appear more clearly when growth is stagnant, unemployment relatively high, and uncertainty about the future prevails; as well as when large waves of immigration puts the receiving community under pressure (e.g. Malta, Greece, Italy).

The recent burst of anti-immigration parties across Europe is indeed fed by these phenomena, which become more acute in a period of uncertainty. Ignorance about immigrants’ characteristics and cultures clearly does not help.
As for the supply side of the immigration market, it is important to consider the objective characteristics of immigrants, and the possibility that they might become a threat to the very foundations of liberal affluent societies. In this regard, Westerners might have a point when they draw attention to the fact that some immigrants are different as far as cultural values and beliefs are concerned, and that these values and beliefs are not always consistent with the underpinnings of liberal, tolerant societies. If this is the case, limits to the number and type of aliens that might be justified. 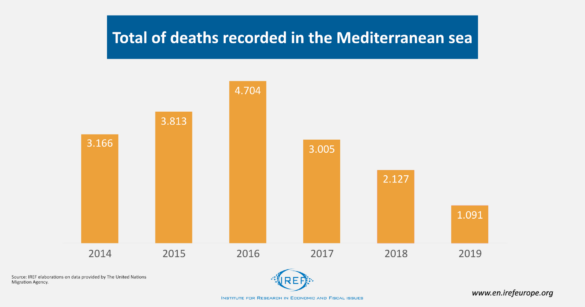 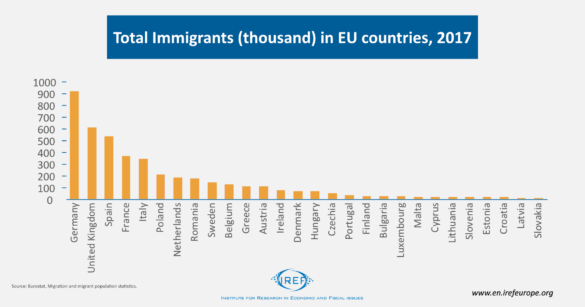 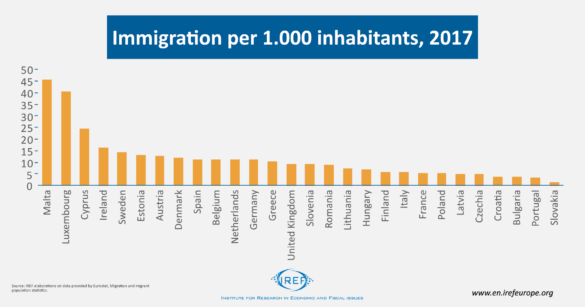 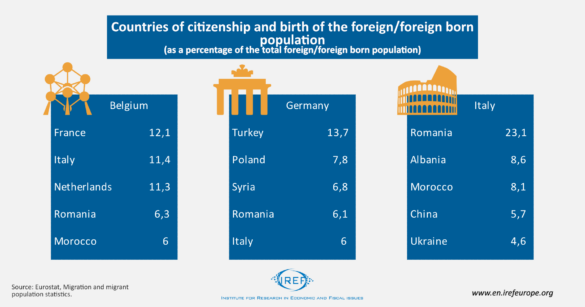 Who Is the Ultimate Boss of Legislators: Voters, Special Interest Groups or Parties?