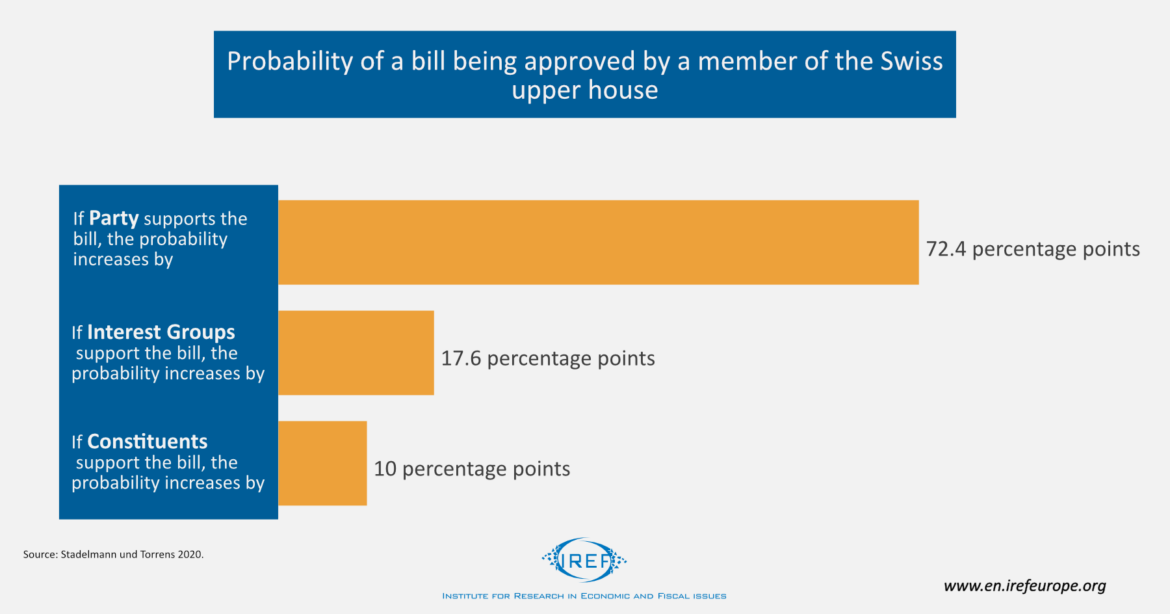 The recent decision of the German Bundestag against the introduction of an opt out solution for organ donation has surprised many people. After all, the two leading health politicians of the coalition, CDU Health Minister Jens Spahn and SPD Health politician Karl Lauterbach, had publicly supported the opt out solution. In the vote on organ donation, however, the usual party discipline did not apply.

According to Article 38 of the German Constitution, the members of parliament “… are not bound to orders and instructions and are only subject to their conscience.” In practice, however, before a decision is made in the Bundestag, votes are taken in the respective parliamentary groups, and MPs usually follow this result. Parliamentary group discipline is also laid down in coalition agreements.

What influences the voting behaviour of members of parliament? Do they follow their own preferences, the party’s line, the whispers of interest groups or do they listen to their voters? In the latest IREF Working Paper, David Stadelmann of the University of Bayreuth and Gustavo Torrens of Indiana University examine the question of how strong the influence of different groups on political decisions is, exploiting unique data from Switzerland

Stadelmann and Torrens examine decisions of the Swiss Upper House (Ständerat), comparable to the German Federal Council (Bundesrat), from 2007 to 2014, with the special feature that the standpoints of all actors, i.e. constituents, members of parliament, lobbyists and parties, can be observed in regard to the examined decisions of the Upper House.

The individual voting behaviour of politicians has been available to the public since the end of 2006, as a camera records the meetings of the Upper House. In Switzerland, the decisions of cantonal representatives who are not bound by instructions can be overturned by referendum. For decisions that have been subject to referendums, it is therefore also known what the majority of constituents in the canton represented by the politician think about the specific issue.

Results for Switzerland: the party is boss

According to the authors’ findings, a member of parliament has a 97.2 percent probability of voting for a bill if the constituents, interest groups and their own party support the proposed legislation. Particularly interesting, however, are the cases in which the individual groups considered have different points of view.
The probability that a member of parliament will vote in favour of a bill is only 7.4 percent if the constituents are in favour of the bill and lobby groups and their own party are not. If, on the other hand, the constituents oppose a bill, but lobby groups and the MP’s party support it, there is a 91.2 percent probability that the MP will vote in favour of the proposal. The influence of the position of the voters is therefore rather limited. 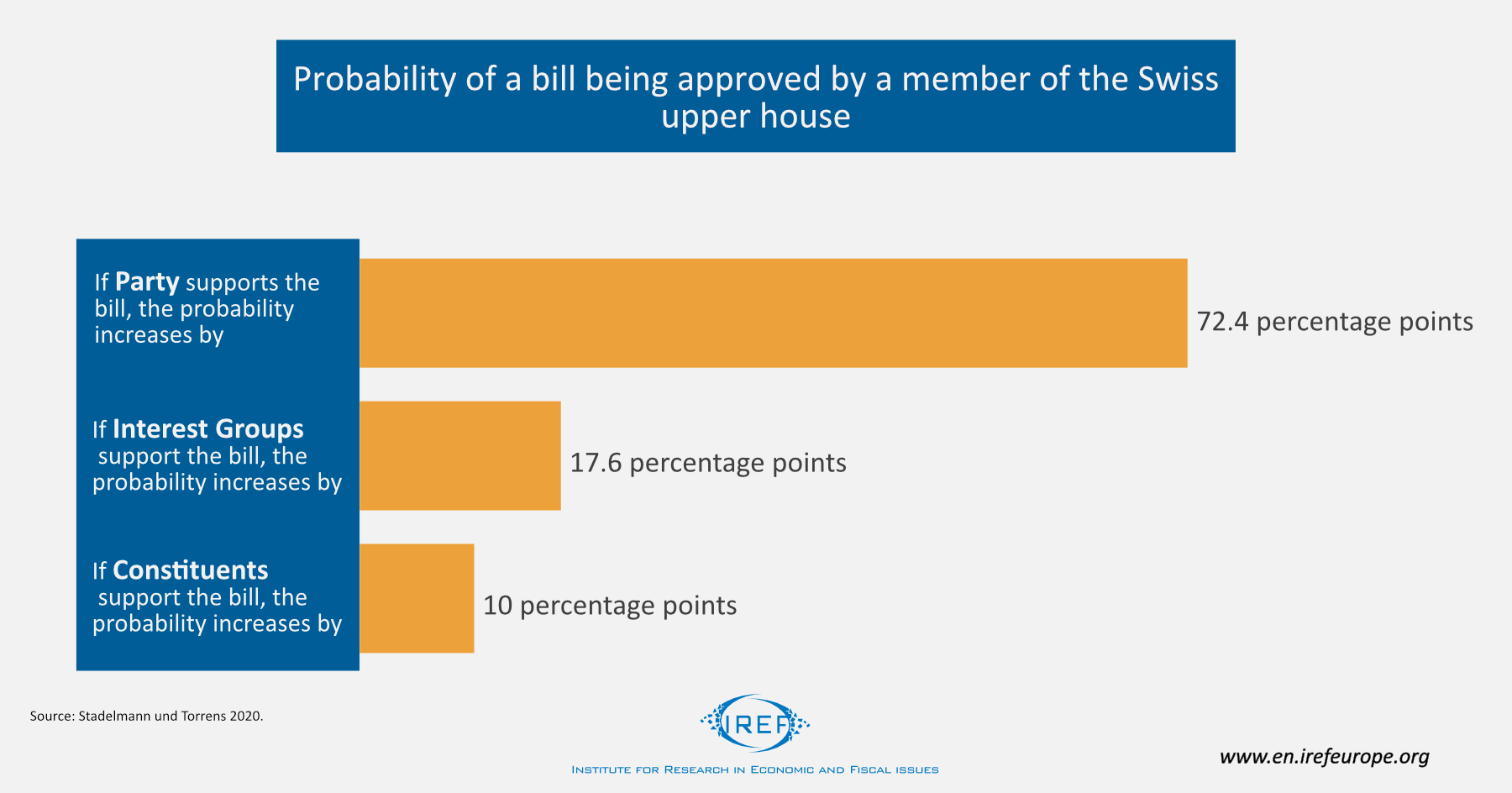 The applied econometrics allow the interpretation of the changes in the approval probabilities by MPs as a weighting of the positions of the individual players. The party line therefore has more than seven times as much influence on the decision of the deputy as the preferences of the constituents. According to the authors’ findings the ideological position of parliamentarians is almost irrelevant, since the sum of the weights of the positions of the three groups relevant to parliamentarians is almost 100 percent.

Party leaders have various ways of disciplining MPs. Although dissenters cannot be directly deprived of their mandate, their career and re-election prospects can be reduced by the party leadership; this applies to Switzerland as well as to other countries. It is consistent with the results of a study carried out in 2013 for Germany, which indicate that directly elected members of the Bundestag deviate from the party line much more frequently. In contrast to representatives who are not directly elected, their political fate does not depend on their party list position, which means they are more difficult to discipline by the party.

Considering how uncommon it is for party discipline to be lifted, one can assume that party lines have a strong influence on the voting behaviour of parliamentarians. For the first time, Stadelmann and Torren’s work allows to estimate the relative weights of individual groups regarding the decision-making of parliamentarians. They thus provide reliable empirical evidence for the effectiveness of party discipline. 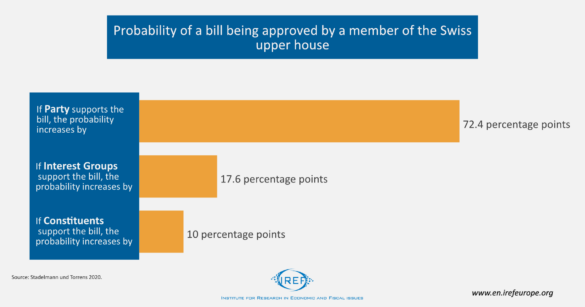