Copyright 2022 IREF Europe
Home » Organ Donations and Transplants. Should we accept to be nudged towards better choices?
Online Articles 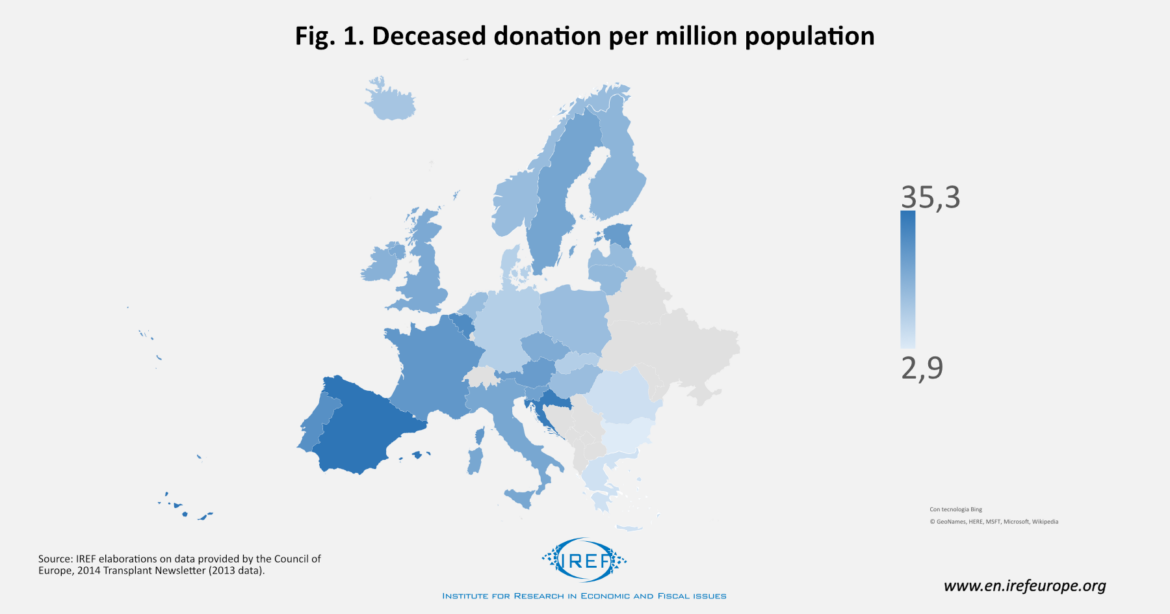 «Would you be willing to donate one of your organs to an organ donation service immediately after your death?». This question was asked to a sample of Europeans through an Internet based enquiry promoted by the European Commission and completed in September 2006. It was included in a survey aimed at identifying the main problems in the area of organ donations and transplantations at the Community level. In 2014, the 2006 survey was followed up by a twin investigation concerning blood, cell and tissue donation.

The evidence delivered by these inquiries is so far the most reliable source of information for those willing to explore the attitudes of the Europeans towards organ donations and transplantations. In particular, it permits to address important points related to whether individuals discuss their opinions about organ donations within the family circle or are willing to donate an organ after their death. Further valuable information concerns people’s consent to donate an organ from a deceased close family member, and their attitudes towards organ donation cards among European citizens, i.e. cards that everyone can carry in the purse or wallet to witness their willingness to donate their organs should they fall victim to fatal accidents. 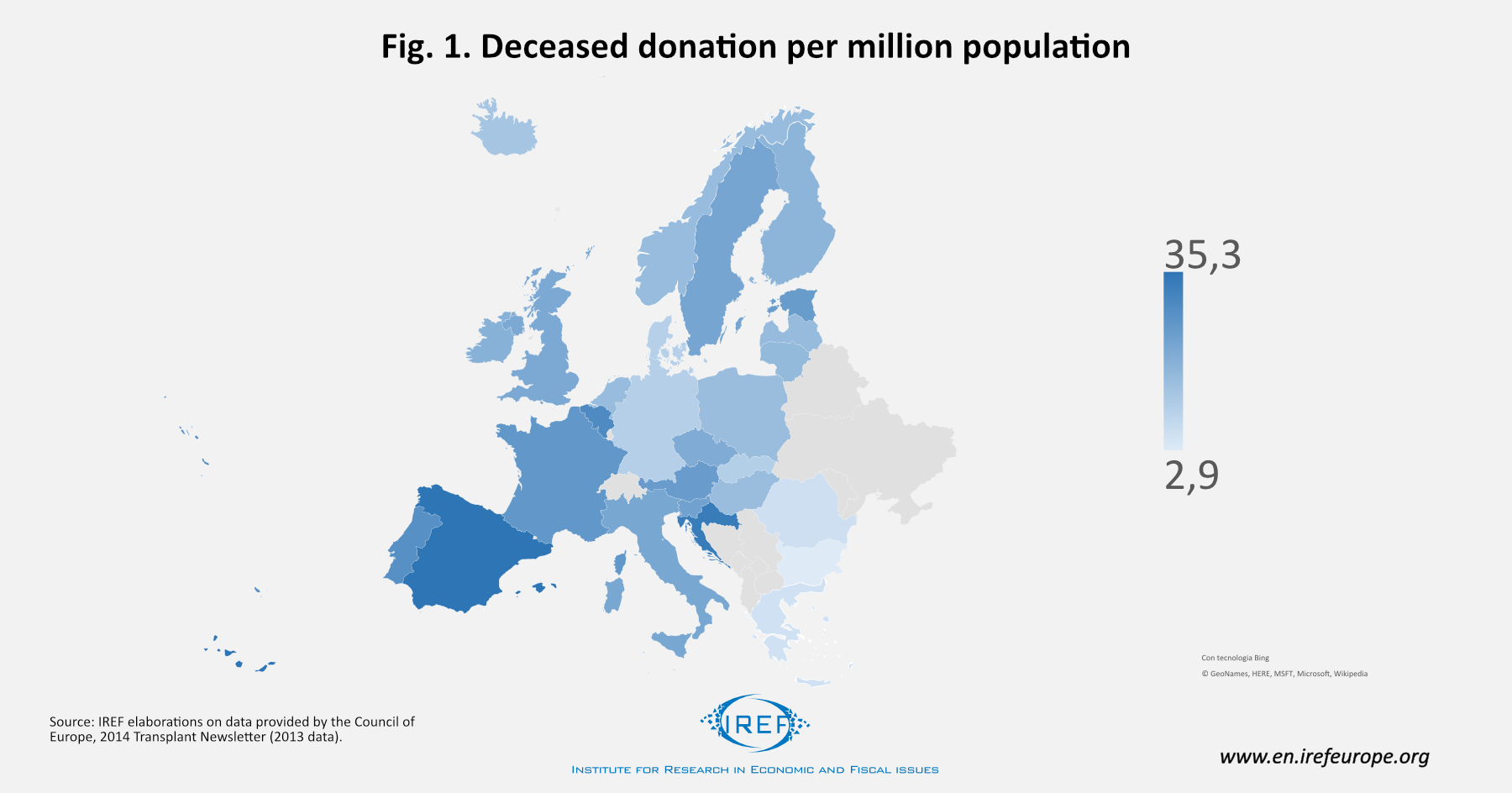 According to the 2006 survey, 56% of the Europeans were willing to donate one of their organs immediately after death, and 81% of them supported the use of organ donation cards to make it easier to identify people willing to donate their organs after their passing away. However, despite this encouraging evidence, only 12% of the interviewed had an organ donation card at the time. Donation rates were – and still are – not very high in Europe, to say the least (see Fig. 1). Actually, in some Eastern European countries they are extremely low. In short, there seems to be a dichotomy between what people declare to prefer and what people reveal to prefer with their choices. 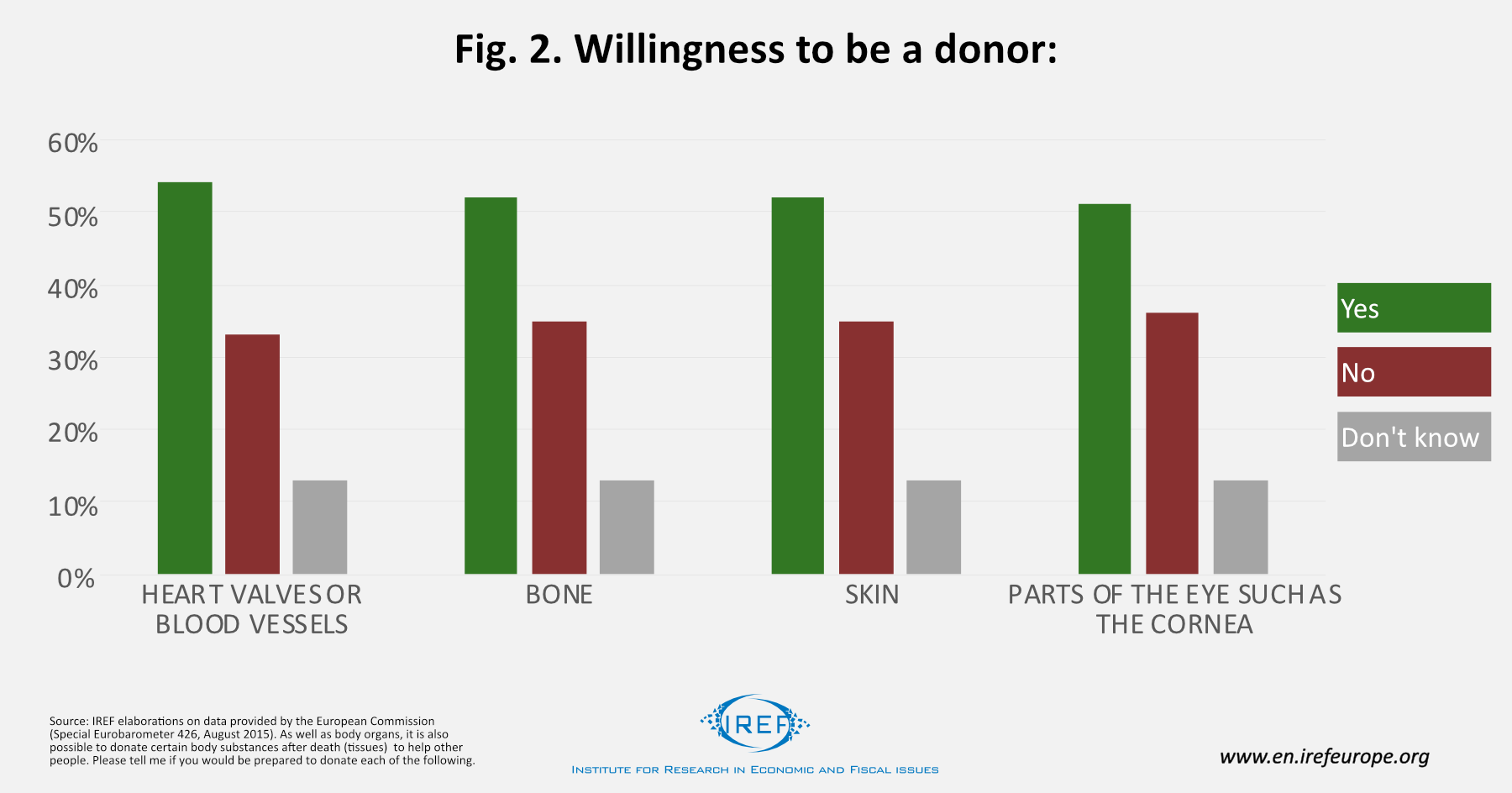 This kind of dichotomy goes beyond cadaveric organ donations. As Figure 2 shows, the same phenomenon applies to tissues and cells donated by living donors (e.g. bone marrow, umbilical cord blood after birth, and sperm or eggs) as well as by deceased donors (tissues such as bone, cornea, skin and heart valves). Nearly 50% of the individuals who declared their willingness to donate certain body substances in the 2014 enquiry, admitted not to have undertaken any step to make their position about organ donation known. 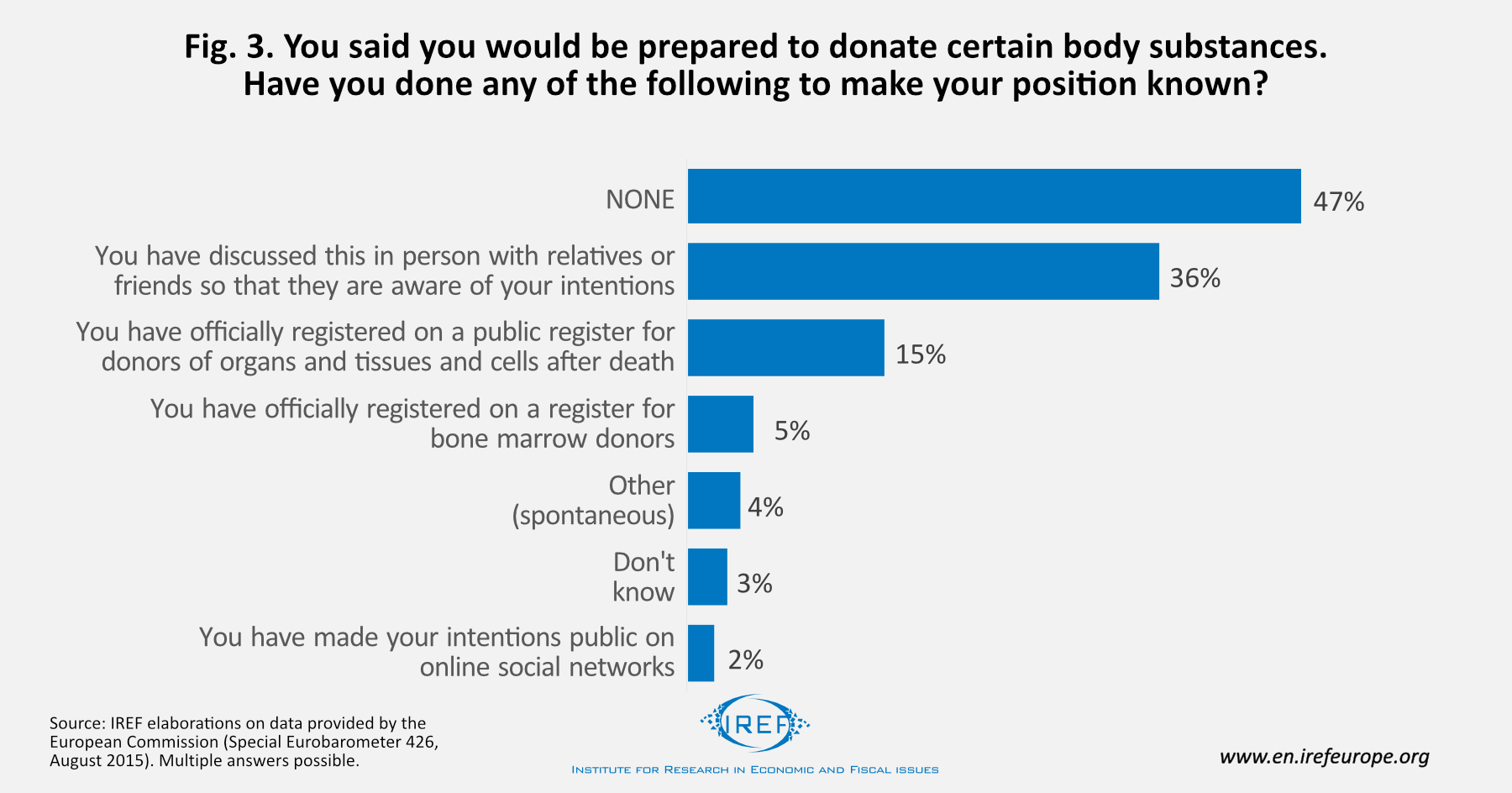 In other words, if interviewed, individuals declare their willingness to be donors. Their behaviour, however, is inconsistent, for they do not take the necessary step to align choices with their alleged preferences.

The mismatch between people’s willingness to donate and their actual choices (failure to register as potential donors) has given rise to an increasing tendency to recommend changes in the choice architecture, to push people gently in the direction they themselves seem to prefer. Some of these changes look harmless, for freedom of choice does not seem at risk. But is it really the case?

It is a well-established empirical fact that the number of organ donors largely depends on the way one frames individuals’ choices. In the case of organ donation, an opt-in system requires that people actively register as potential donors. Instead, an opt-out system presumes that people wish to be considered donors, unless the opposite is explicitly stated. Thus, most people in an opt-out system are potential donors, and observed donation rates increase dramatically when presumed consent is the default rule.

Since there is evidence of a dichotomy between what people declare and what they choose, one may argue that changing the default option so that consent is the base-line assumption would make people better-off, as judged by themselves. Indeed, many countries have switched, or are considering a switch, from an opt-in to an opt-out framework (Colombia, England, France and Ireland are recent examples).

In a forthcoming paper co-authored with Jurgis Karpus from the University of Munich, I claim that the justification for changing the default rule hasn’t been analysed adequately. Supporters of policies inspired by nudging argue that the aforementioned as-judged-by-themselves principle is the ultimate basis for justification: people are nudged into choosing what they themselves deem to be their best choice. Whether this is indeed so, however, crucially depends on what ultimately causes one to stick with the default choice.

If people really wish to be donors but are prevented from qualifying as such by a psychological reluctance to do so, policies that nudge people to obtain better outcomes are probably welcome, where the betterness of an outcome is determined by people’s own evaluative judgement and not by the policy-maker’s. In other words, the changing of the default (a nudge) would indeed be a harmless way of aligning people’s choices with what they themselves truly want to choose. Switching the default around within the realms of organ donation would then be acceptable. By contrast, if the default option always prevails because of the lack of a clear preference – hence, the bias towards the status quo — different consequences would follow in terms of acceptability and justification of nudge policies.

This is why, I argue, a system of voluntary active choice would be preferable. People should be given the opportunity whether to register as an organ donor, but should not be forced to make a decision (a policy already implemented in some US states such as California). This procedure would be consistent with the freedom-to-choose principle, certainly more so than the Opt-in/opt-out systems and mandatory active choice (people are obliged to make a decision). 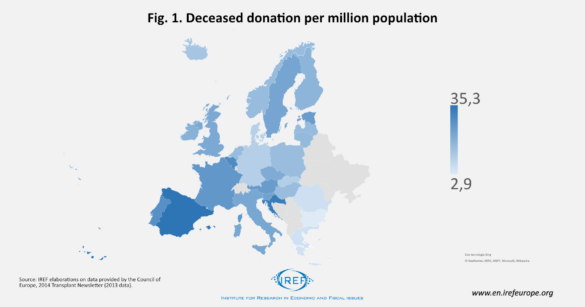 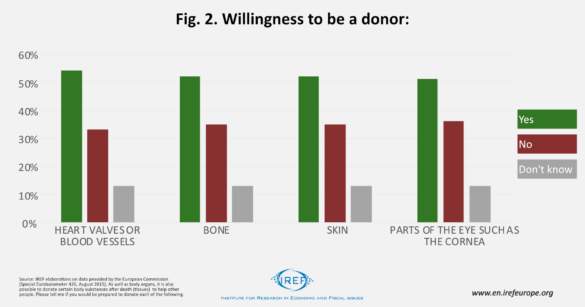 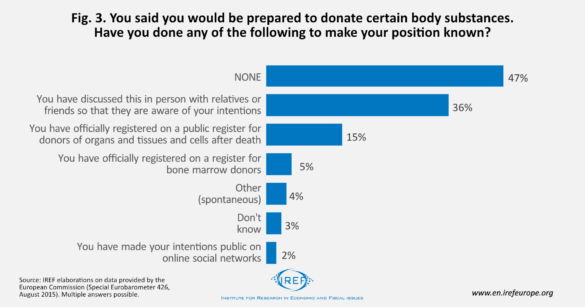