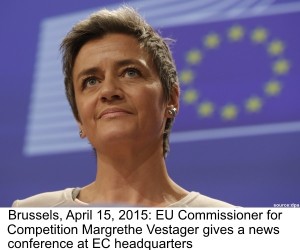 In an alarming trend, individuals, companies and institutions that have committed no crime are increasingly finding themselves subject to public witch-hunts on ill-defined ‘ethics’ charges. The practice is gaining traction in several countries, though it remains unclear who has the authority to rule what behaviour is ethical and what is not.

With the law, the situation is clear: regulations are hammered out by parliaments following strict procedures. Formulations of ‘ethical standards,’ on the other hand, take place under much more dubious circumstances. ‘Ethics’ calls are largely subjective, depend on slippery assessments and are easily swayed by populist sentiment.

The legal system includes built-in safeguards such as the presumption of innocence, as well as safeguards against prejudgement and prejudice. The rule of law also bars retroactive penalties in most cases, thus limiting legal insecurity. In the realm of ‘ethics’ there are no such features – its verdicts are open to intolerance, jealousy and bias.

Starbucks was publicly branded as unethical during a tax related parliamentary hearing in the United Kingdom. It didn’t matter to the accusers that Starbucks acted within the legal framework, contributed to local taxes, generated VAT and provided jobs.

The European Commission, for its part, has challenged a tax arrangement on transfer pricing reached by Starbucks with the authorities of the Netherlands. European Union Competition Commissioner Margrethe Vestager is demanding that the company return some 20-30 million euros to the Dutch government which it had retained as a result of allegedly unfair tax breaks. Both Starbucks and – tellingly – the Netherlands oppose that ruling, on strong legal grounds.

There are a number of similar cases in Europe, notably involving Amazon and Fiat Chrysler Automobiles. This robber baron mentality, however, also seems to inform some of the actions of the tax authorities in the United States and Australia.

It is crucial to distinguish between tax evasion, which is illegal, and tax optimisation by appropriate planning, which is legal – though nowadays it is often disparagingly labelled ‘tax avoidance.’ In this context, it must be noted that legal tax optimisation is part of the fiduciary duty of any CFO.

According to the British press, HM Revenue & Customs, the UK tax authority, intends to blackmail citizens who legally optimise their taxes with putting them on ‘name and shame lists’ as ‘tax evaders.’ This, in order to extort tax payments that cannot be demanded legally.

All this is taking place when the automatic exchange of tax information in the EU ensures transparency to tax authorities. The system has been functioning for three years and its implementation is to be completed by January 1, 2016. Banks and companies are obliged to keep full records on shareholders and beneficial owners. This guarantees the authorities access to any information they may need to fight tax evasion, money laundering or the financing of terror and organised crime.

The newest EU directive against money laundering, however, demands that member states also establish registers of beneficial owners of companies and other legal entities – this is done under the guise of the need to fight tax evasion and the financing of terrorist groups.

This new register will add plenty of red tape and will be perfectly superfluous – such records already exist and are available to the authorities. The interesting part is that journalists will also have access to information in the register. There appears to be only one logical explanation for creating such an institution: it is a desire to put legally acting companies and individuals under the pressure of ‘ethics.’

This approach violates the rule of law. It substitutes justice with prejudgement, a practice worthy of tyrants. Not to mention the fact that a register with wide access can make a wonderful ‘market research’ tool for criminals.

If the objective here is to uphold the rule of law and encourage good citizenship, lawmakers should focus on writing intelligent, carefully thought-through, balanced tax regulations instead of bending fundamental rules of legislating. Tax codes in most countries are ridiculously complicated, opaque, often illogical and loaded with contradictions. In major industrialised states such as Germany, the United States or France, these codes contain in excess of 10,000 articles. It is this complexity that invites corruption.

A mere simplification of the existing tax codes would go a long way towards addressing the problems that politicians, bureaucrats and ‘ethicists’ in the media lament. The principle of the rule of law, one of the foundations of our civilization, would be best served that way.

This article first appeared on the Geopolitical Information Service’s website.

Improving the environment in the EU: taxation does not work, property rights do.

How taxes have created the cheating Volkswagen