Modern states carry out intense redistribution. In brief, they modify the holdings of particular persons, collective agents or groups. Tax-transfers and public expenditure are an important tool through which redistribution takes place. Clearly, redistribution could not be possible without consensus. Yet, its existence is rather puzzling, given the large number of “givers”. An IREF research paper soon to be published in Economic Modelling (2022) has tried to shed light on this issue by emphasizing the role of time preferences, i.e. the importance individuals give to the future.
In particular, the paper offered the results of an experimental investigation in which people’s made choices in the presence of given economic incentives. Subjects were informed that the experiment would unfold over two periods, the Present (P) and the Future (F). Each participant was endowed with a given amount of income. He could cash such income immediately (at time P), or could invest it. In the latter case, the outcome (capital plus return) would be made available in the future (at time F).
Future outcomes also depended on a redistribution scheme carried out by means of a proportional income tax. Fig. 1 illustrates the timing of the experiment. 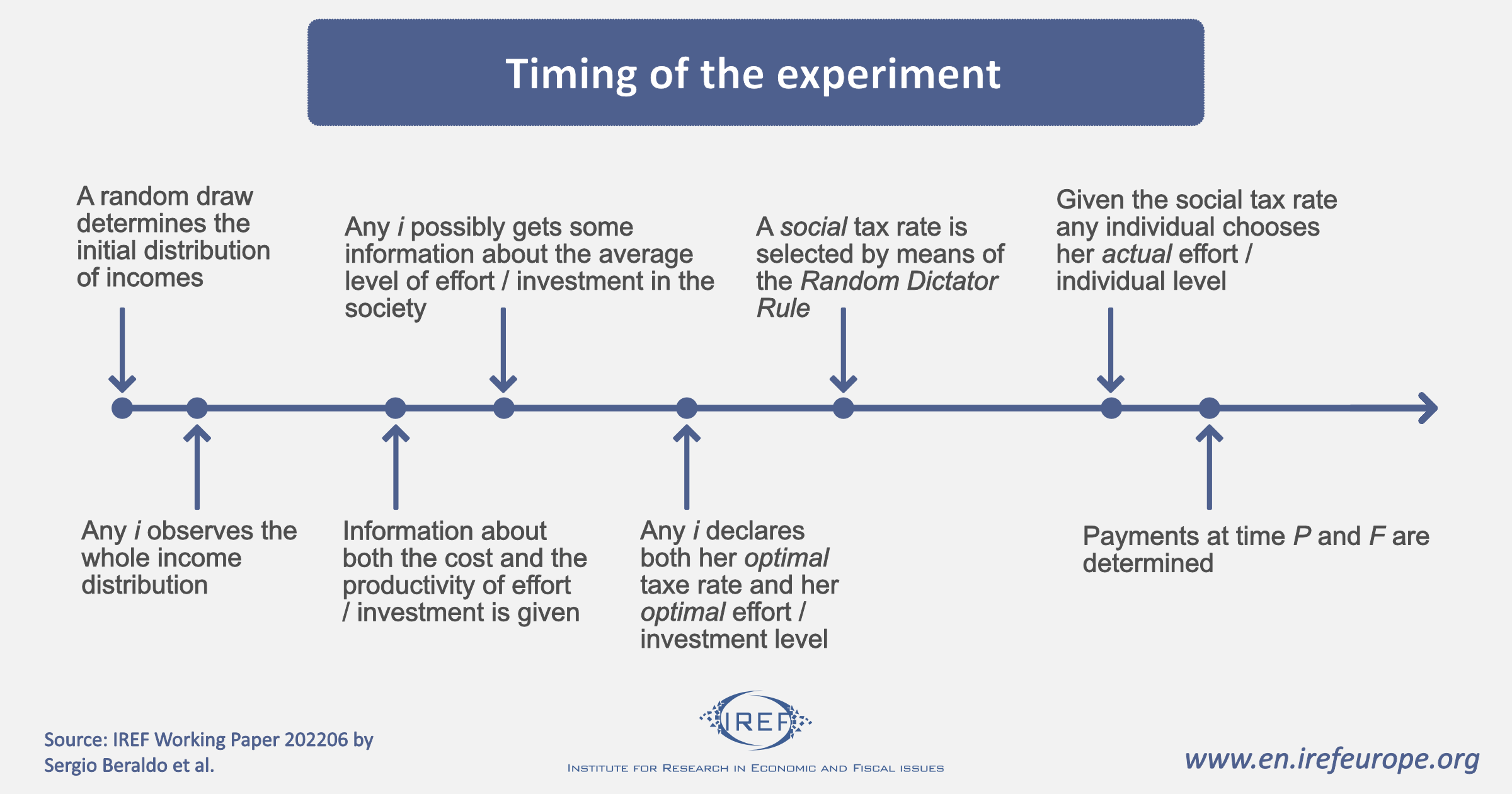 In brief, each individual was encouraged to choose between two strategies: either ask for more redistribution and free ride on the investment provided by the others, or be responsible and ask for less redistribution. The strategy chosen by each individual reflects the importance she/he gives to the future.

In other words, the more-investment-less-redistribution strategy presumes greater concern for future outcomes: the higher the preference for the future, the lower is the tax rate (hence the redistribution) desired by subjects, the higher the investment rate. Fig 2 shows that when the importance of the future increases (preferences for the future go from low to high), the average tax rate (hence the degree of redistribution) desired by experimental subjects goes down (a) and the investment rate goes up (b). 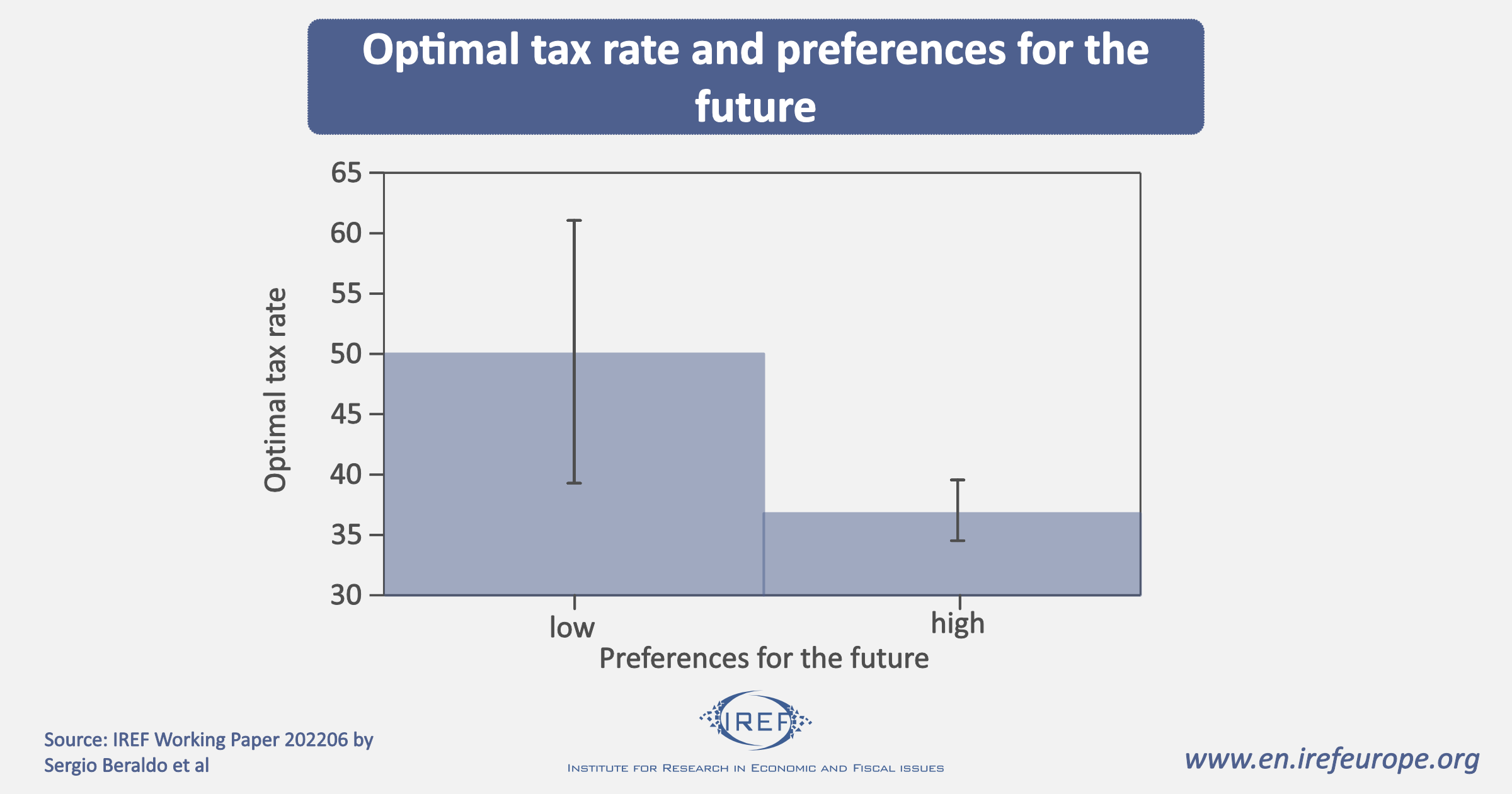 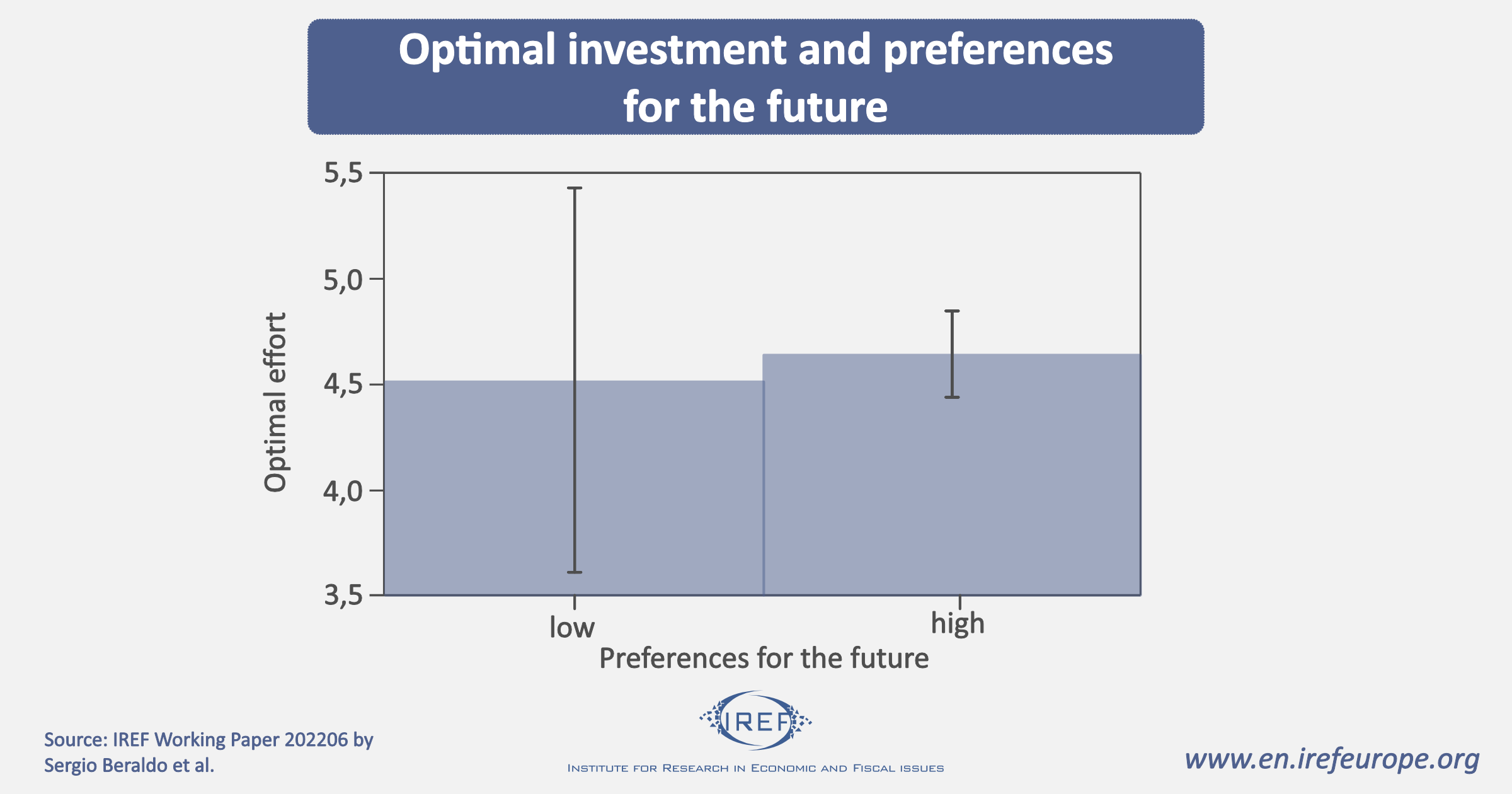 By contrast, individuals who do not assign sufficient value to the future (or those for whom the returns on the investment is relatively low) are more likely to free ride on the effort of others: they invest little at P and ask for more redistribution.

The main policy implication is that responsibility is related with the possibility of reaping the fruits of one’s own efforts. In countries characterized by poor institutions and low protection of property rights, improving the rule of law plays a key role. In countries where the rule of law is enforced, allowing people to enjoy a reasonable share of the fruits of their effort stimulates responsibility; policies that persuade people that greater concern for the future is consistent with their self-interest might also play a critical role.