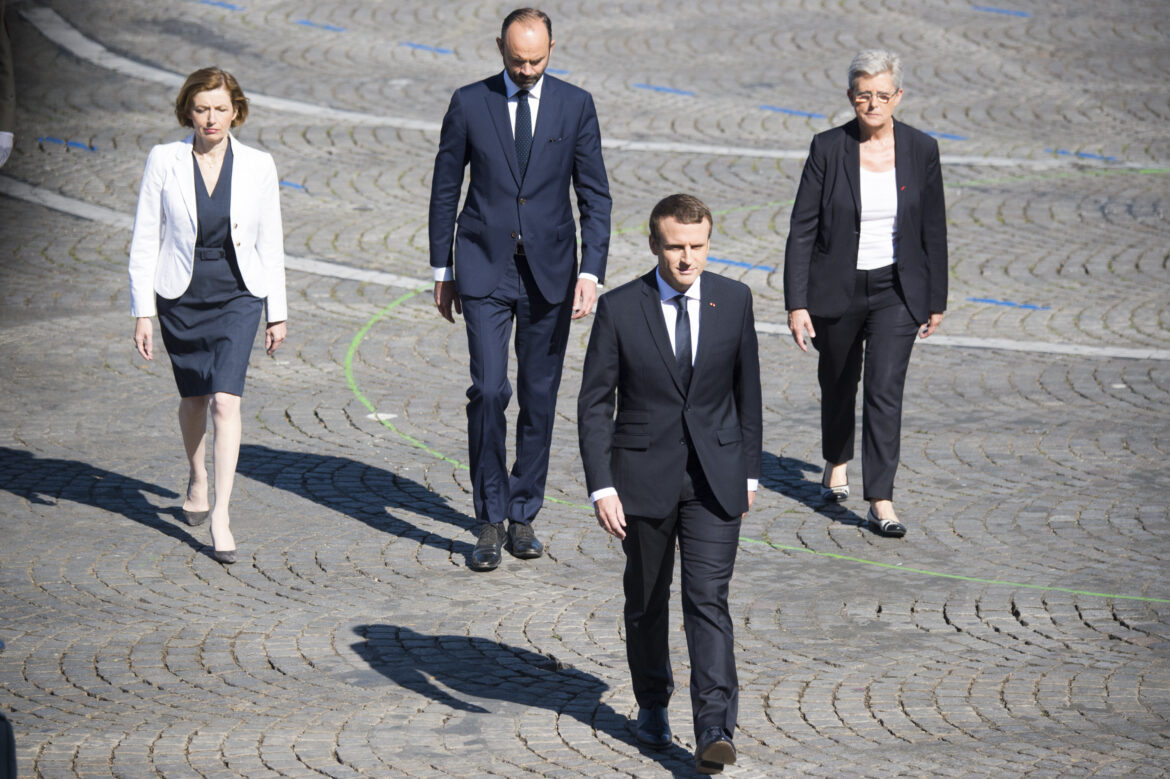 Minister Hulot is leaving. We should rejoice, if only we knew the story of the old woman of Syracuse, told by Valerius Maximus (1st century AD historian), about Denys, one of Syracuse’s tyrants, loathed by everybody. One day, Denys heard about an old woman who prayed for him every single day. Bewildered, he had her brought in and questioned about her motives. What could he have done to deserve her prayers?! (There is indeed a particular reason. When I was a young girl, we were ruled by a fearful tyrant whom I wanted to be rid of. He was murdered: but then an even more terrible one took hold of the city. I thought the end of his domination would be our greatest joy. You became our third ruler, tougher than the first two. That’s why, for fear that your death might bring us an even worse successor, I offer my life to the gods, for your protection.)

It may be the same with French President Emmanuel Macron, who could spare us a rebellious France, or a renewed National Front, if we were to consider what many old women believe.

Yet, the Macron system is breaking apart. Hulot himself started his ministerial career by supporting the Macron family. Barely appointed in his position, in the mid-summer of 2017, when the French were on holiday, he decided to postpone the project regarding 40 wind turbines to be built in the middle of the sea, on the sand banks between Le Toquet and Berck. A decision that looked more like a final funeral, and was emphatically approced by Tiphaine Auzière, Brigitte Macron’s daughter (cf. La Voix du Nord, 10/08/2017). It was also a rather surprising decision, considering that everywhere else wind turbine projects are kept against the opposition of the majority of the local population.

This summer, people could actually spot Mr. Macron jet skiing on the sea close to Brégançon, in an area devoted to preserving marine biodiversity and strictly closed to all sorts of vehicles/boats (cf. Valeurs Actuelles, 30/08/2018). It appears, therefore, that Mr. Macron doesn’t respect the rule of law he imposes on others. Likewise, his Ministry of Culture, Mme. Nysesen, the cultural icon of the first months of government, has her publishing house under investigation for having built in the south of France and in Paris without restraint, and with no authorization.

Yet, you don’t need to be related to the presidential family in order to be granted favors. It is enough to write an adulatory book. See what happened to writer Philippe Besson, who wrote Un personnage de roman (Julliard, 2017), and soon after was appointed consul in Los Angeles, a much coveted position.
The Benalla affair was just a symptom of what amounts to personal power. One can’t rule out the whole affair was just due to the misbehavior of a minor, presumptuous and unscrupulous security employee. Nonetheless, most people were shocked by Benalla’s close friendship with the president and the kind of protection that the latter provided to him.

More generally, favoritism at the heart of the State should not be surprising. Consider, for example, the case of Mme. Agnès Saal, who is currently serving as the High Commissary for Equality, Diversity and Prevention of Discrimination, under the General Secretary of the Ministry of Culture. Mme. Saal had made headlines when it was found out that she was getting undue reimbursements for substantial taxi bills, for herself and her children, during her term as managing director of INA or, prior to that, when she was directing the Georges-Pompidou National Centre of Arts and Culture. In fact, on the 11th of April 2016, the Court of Créteil found her guilty for embezzlement of public funds, and forced her to pay back those sums to INA, plus a €30-per-day fine for 150 days. A few days later, the Correctional Court of Paris found her guilty for the same charges when at the Georges Pompidou centre, and condemned her to three-month imprisonment (suspended sentence) and a €3,000 fine. Yet, Agnès Saal has been recently appointed to a position that should require morality.

Where is then the Rule of Law? Or the exemplary Republic? When the ruler ignores or violates the law he issues, despotism is close by. How can one be credible and demanding when cronyism seems pervasive, personal interest and/or feelings take over reason and virtue, and become a driving force of politics? And then a question can be asked: Doesn’t fiscal restraint mainly target families and retired people just because Mr. Macron never had children and because he is still young? His projects lack reliability and could easily go awry. Certainly, it is easy to blame it on context and inertia when the public deficit and debt are rising, when the number of civil servants fails to decrease (despite all promises), when business friendly intervention must be postponed, or when the withholding tax risks turning into shambles. But is it fair?