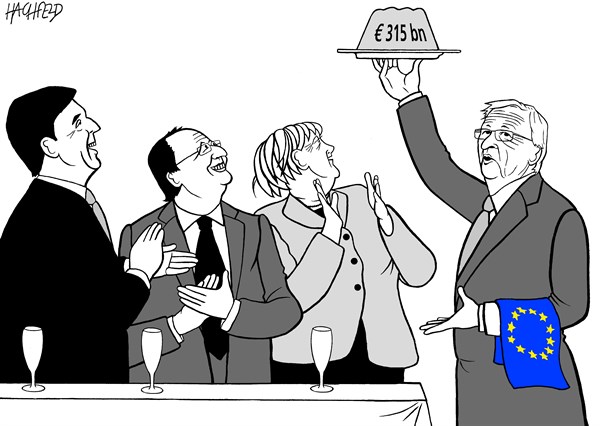 In mid-January, the European Commission issued “guidance to encourage structural reforms and investment”. This is Eurospeak for “promise not to be too harsh on national debt and deficits during these bad times”. The use of the word “guidance” is important, however, since the EC is quick to point out in the press release that “The Commission is not proposing any changes to the existing rules. Therefore, no legislative steps are needed and the Commission will apply the new guidance immediately.”

As we show in this article, some rules are being changed. This implies only one thing – the original legislation contained enough vague references to details “as shall be determined by the Commission” that these changes can be sneaked in without the approval of the European Parliament.

Below we review the four main changes and discuss their consequences.

1) SGP becomes even less binding than before

Status quo: The Stability and Growth Pact (which transforms the Maastricht Criteria into Euro world) is supposed to be a watchdog preventing national governments from getting into excessive deficit and debt, banking on a bail-out. As problems arose, new clauses and conditions and “special circumstances” were entered into the rules.

New rules: When countries exceed the 3% of GDP deficit threshold, they will now be allowed extra 0.5%, “provided it is temporary and they stick to their plans over the four year term”. This will not apply to countries already in the Excessive Deficit Procedure (EDP).

What this means: There are currently 11 EU countries in EDP. This new rule will benefit Italy the most as it is not in the EDP but the new government of Matteo Renzi is pushing the deficit beyond the old 3% limit. In general, however, it just removes another incentive for government moderation and encourages the idea that large deficits are OK.

2) Countries are bribed into contributing to the Juncker Fund

Status quo: As a hallmark of his new Presidency, Jean-Claude Juncker launched in November an “Investment Plan for Europe”. We have analysed the impossibility of such mission which claims to be able to support only successful investment projects. Only a small part of the total funding is to come from the EU, the rest is expected from national governments and private investors.

New rules: If a national government’s contribution to the Juncker fund were to push its deficit over the 3% level (or presumably now the 3.5% level), the EC will not invoke the EDP.

What this means: Countries are encouraged to run up further debt to give money to an investment fund with little hope of achieving its goals. It may also be an indicator that the Juncker fund is struggling to interest “subscribers” and is now fishing for more money. However, this is a very strange and irresponsible way of doing so. Since when is it efficient to solicit money for “investing for common good” (as the fund sees it) from those who can least afford it as they are already close to the allowed deficit limit?

3) Greater deficits are OK if you call it “investment”. Have we mentioned the Juncker fund?

Status quo: Many governments claim that they have to “spend their way out” of economic downturn. They see their economic woes being merely cyclical in nature and they want to implement a Keynesian “kick-start”. They want people to spend more, so they employ them in public works. When they call such projects “investment” (e.g. in infrastructure), it is looked upon by the Commission much more favourably.Yet there is plenty of evidence that the European economic downturn is not cyclical but structural, with Europe essentially having lost the plot on globalization.

New rules: Governments can deviate from their budget objectives as long as their GDP is falling or “remains below its potential” and they can call such extra spending “investment”. This investment must be co-financed by the EU. One of the ways of permissible co-financing expressly mentioned is the Juncker Fund

What this means: Theoretically it could mean that the Juncker fund fears it would find few takers for its investment grants and is trying to secure some guaranteed business. But hopefully that would be reading too much into it. More likely it is “only” another get-out-of-jail-for-free card for countries who are struggling to avoid the EDP. It would be a terrible publicity if the EDP should cover all European countries in a near future. (Estonia is the only EU country never to have been under EDP.) The eligibility criteria for this “investment strategy” are not very binding: it is not very difficult for a country to show that its GDP is “below its potential” since there are no sound generally accepted methods among economists how to really credibly calculate the current “potential”.

4) Governments get even more leeway for deficits during economic downturn

New rules: The degree of this cyclical adjustment has been increased, requiring even “smaller fiscal effort during difficult economic times”. In plain words: So far, the Commission’s expectation of each country’s next fiscal action was based on how (un)sustainable its finances were. Now a second parameter will be added – the phase of the economic cycle. Unsustainability will be more tolerated during economic downturn.

What this means: In a certain sense, running some deficit during economic downturn is not all that disastrous. The disaster comes when the good times come and governments are expected to run surpluses to pay off past (or future) deficits. No good times are generally considered “good enough” to start paying off the accumulated debt (especially when, once again, spending can be labelled “investment”). On paper, this proposition has the potential to be “neutral” when considered over the whole cycle. However, the Commission knows that the “pain” of an even greater discipline during an upturn is far down the road, so it’s essentially administering more painkillers now.

In fact, all four January rule changes are merely numbing the pain, not healing and implementing required true reforms.